80% Of Jews Vote Democratic — Far More Than Other Faiths 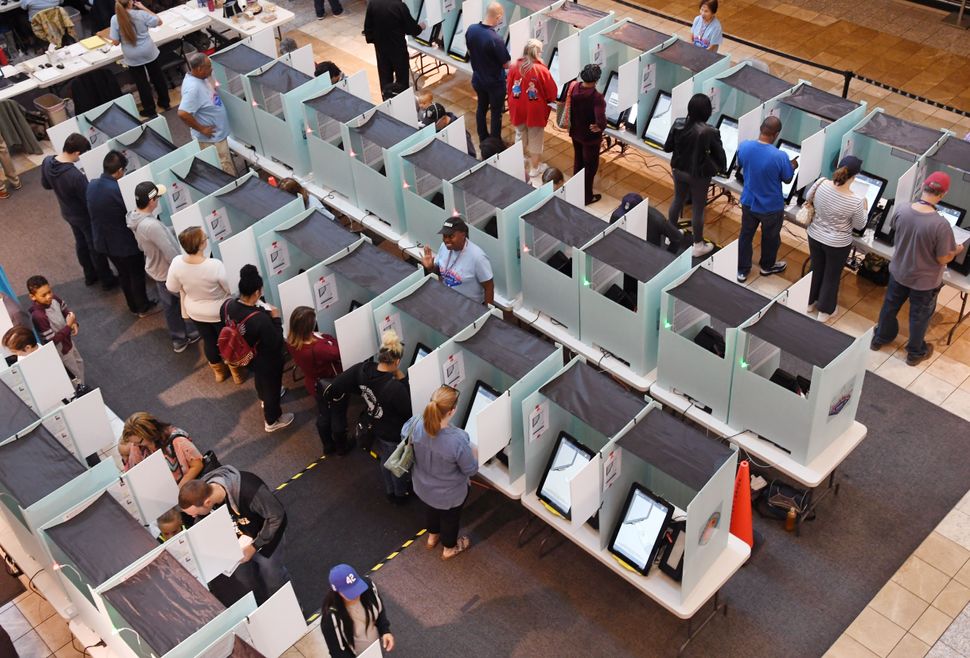 Voters at a mall in Henderson, Nevada, on Tuesday. Image by Getty

Nearly 80% of Jewish voters polled voted Democrat, while 17% voted Republican. Jews also voted Democrat at the highest rate of any other religion included in the poll, which included several denominations of Christianity. The poll did not include a large enough sample size of Muslim voters to make a determination for the religion. 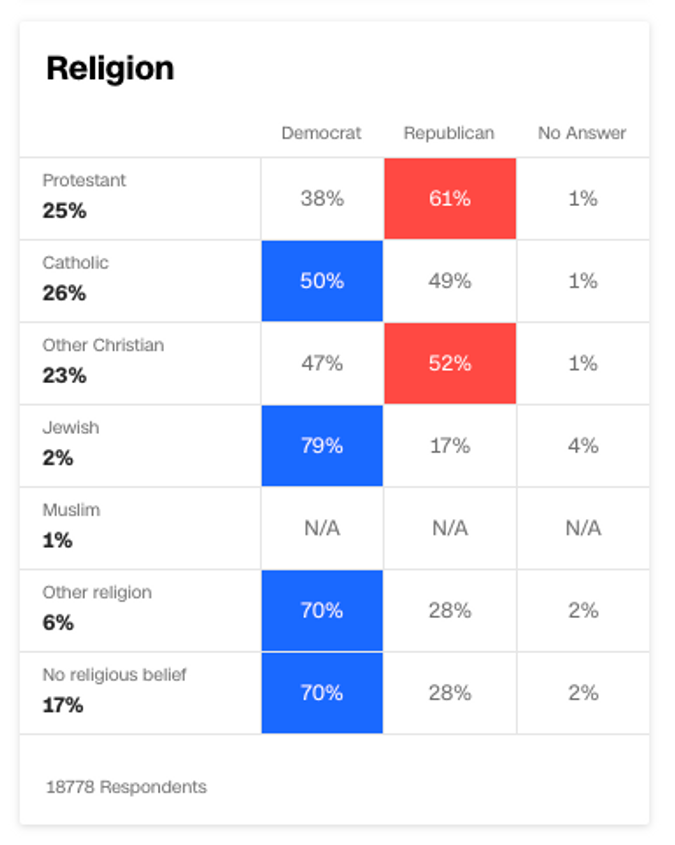 It was a banner night for Jewish candidates, five of whom picked up Democratic seats in the House as the party retook control of the chamber. Some of the candidates also staged upsets in suburban areas that went for Trump in 2016.

CNN’s poll also found that 58% of people who attended religions services weekly or more voted Republican, while only 40% of that category voted Democrat. For people who were any less religious, however — attending monthly or yearly — the majority voted Democrat.

80% Of Jews Vote Democratic — Far More Than Other Faiths