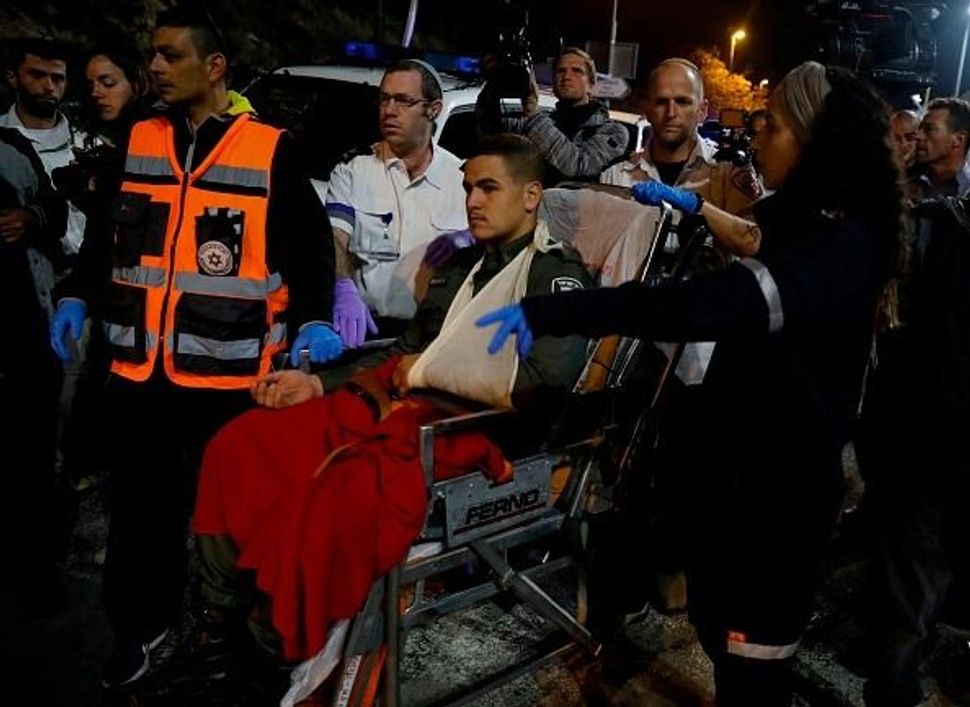 Israeli medics aid an injured border police officer at the scene of a suspected stabbing attack at a police station in east Jerusalem’s Armon Hanatziv neighborhood. Image by Getty Images

JERUSALEM (JTA) — Four Israel Police officers were injured in a stabbing attack at a police station in eastern Jerusalem.

The alleged stabber came to the entrance of the police station in the Armon Hanatziv neighborhood of eastern Jerusalem, also known as East Talpiot, and attacked three of the officers with a knife. Other officers shot and seriously injured the attacker, according to the Israel Police. A fourth police officer was injured by the live fire.

Security was increased in the area following the attack, and security officials searched the area for other would-be attackers.

The Armon Hanatziv neighborhood, located on the seam between western and eastern Jerusalem, was the site of several Arab stabbing and car ramming attacks in recent years.