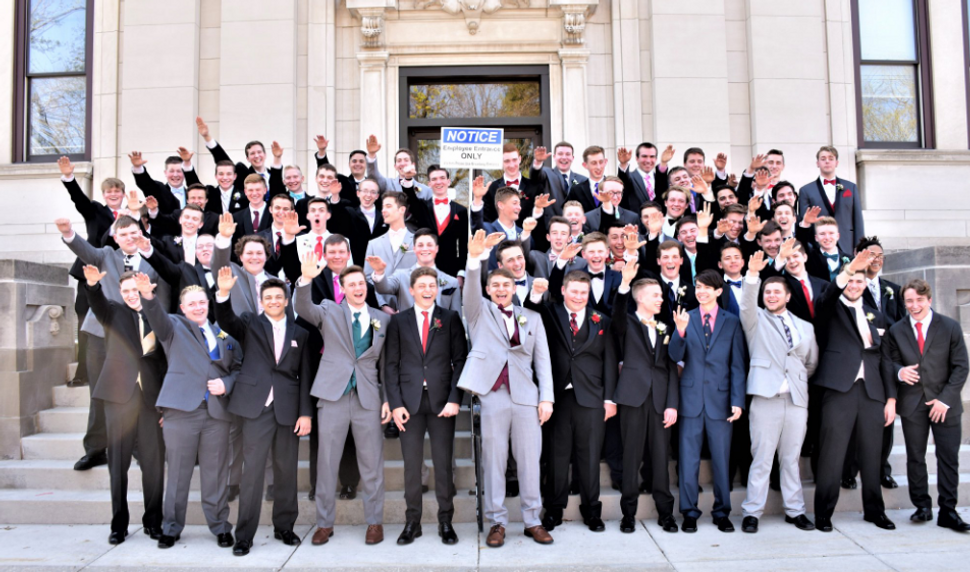 The Wisconsin high school students who appeared to have posed in a Nazi salute may not be punished because of free speech, the school district said in response to the photo that caused outrage online.

Baraboo School District Administrator Lori Mueller sent out a letter last week, explaining that the district finished part of its investigation, which involved local authorities and parents, the Wisconsin State Journal reported. It left “some key details” unclear, she wrote, as the administration tries to understand what happened before and after the pre-prom photo on the steps Sauk County Courthouse.

She said the school district is limited in what it can do, as the students are protected the First Amendment, according to The Hill.

“As previously stated, we cannot know the intentions in the hearts of those who were involved,” the letter read. “Moreover, because of students’ First Amendment rights, the district is not in a position to punish the students for their actions.”

Current and former male students of Baraboo High School came together for the photo before prom in May, where many held up their arms in a Sieg Heil. Not all of them saluted, and one boy in the front made the “OK” hand gesture. Both signs are associated with white supremacy. The photo was taken by the father of one of the students, who was not hired by the district, according to the State Journal.

Mueller also wrote that the school plans to discuss hate with students and the community.

“We must come together and, in a meaningful way, consider the travesties of the past that were fueled by hatred and embrace the celebration of diversity fueled by love and acceptance,” she said.