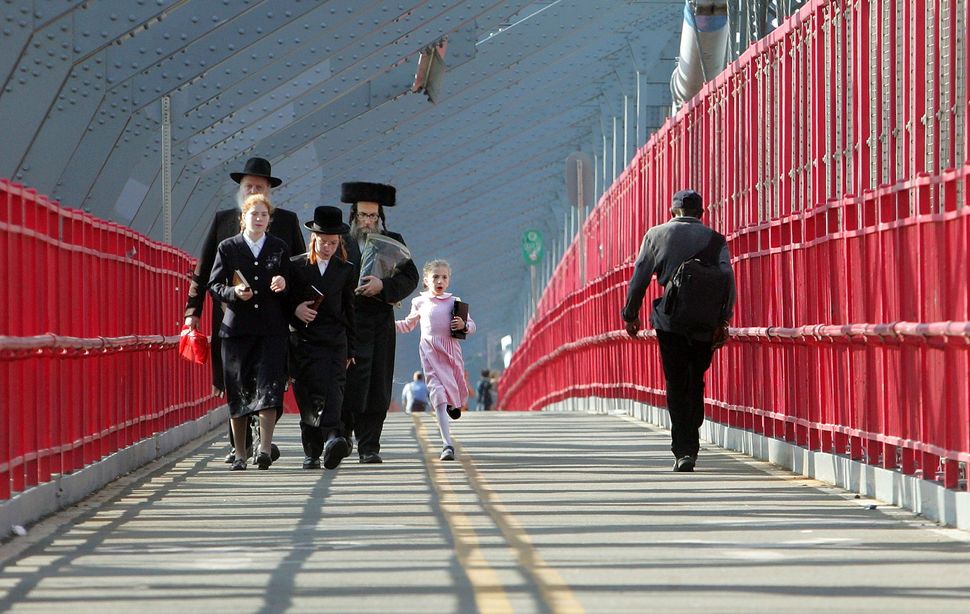 A Hasidic man was punched in the head from behind on Saturday in Brooklyn, NBC New York reported.

Video shows a Hispanic man racing up to a small group of people standing on the sidewalk in the Williamsburg neighborhood. He punched the 32-year-old victim and reportedly yelled “Blah!” before running away. The victim was wearing a shtreimel, or traditional fur hat, but at the time police were not investigating it as a hate crime, according to NBC.

The incident occurred in the same area where two Orthodox Jewish boys got attacked last week. A passerby repeatedly punched a 9-year-old in the face and separately, a 12-year-old boy was attacked by four or five men — who pushed him to the ground and punched him — a block away. Police are investigating the attacks as hate crimes, the New York Post reported.