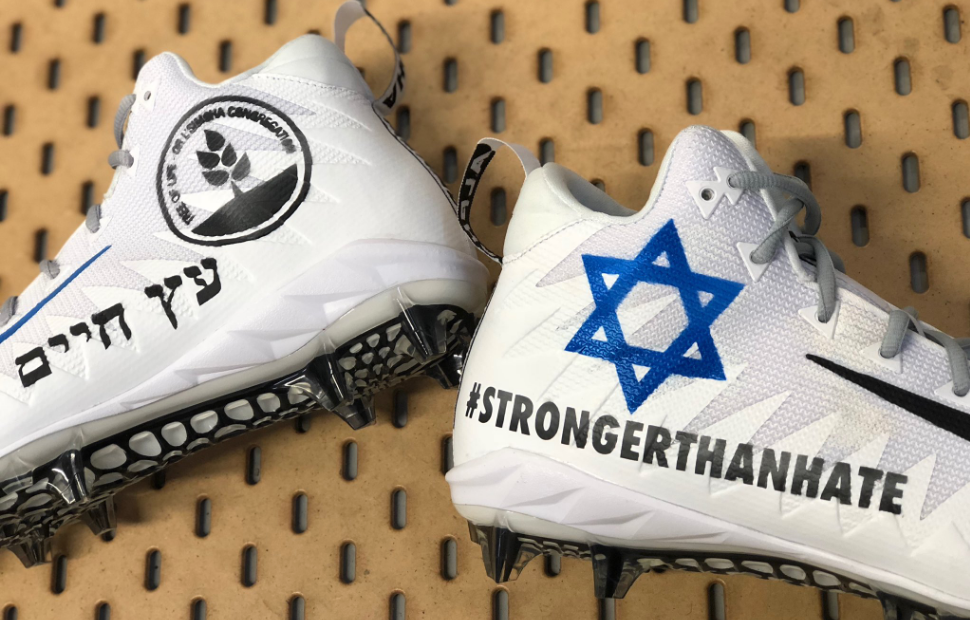 BOSTON (JTA) — A California firm paid $10,000 for a pair of Julian Edelman’s game shoes to benefit families of the victims of the mass shooting at Pittsburgh’s Tree of Life Synagogue.

The New England Patriots’ wide receiver wore the cleats — stamped with the words “The Tree of Life” in Hebrew and an Israeli flag — at a Dec. 16 game against the Pittsburgh Steelers in solidarity with the victims of the Oct. 27 shooting.

Golden West Food Group made the donation last week to the Combined Jewish Philanthropies of Greater Boston, whose initials were also stamped on the shoes.

Edelman, whose father is Jewish, wore the cleats, part of the NFL’s #MyCauseMyCleats campaign, during the December 16 game against the Pittsburgh Steelers.

Designed by acclaimed sneaker artist Dan Gamache, the cleats also bear the names of the 11 shooting victims. The right cleat features the #StrongerThanHate hashtag and a Star of David.

The donation from the sale will go to the Jewish Federation of Greater Pittsburgh to benefit the victims’ families and to help strengthen the city’s Jewish community, according to the Boston Jewish group.