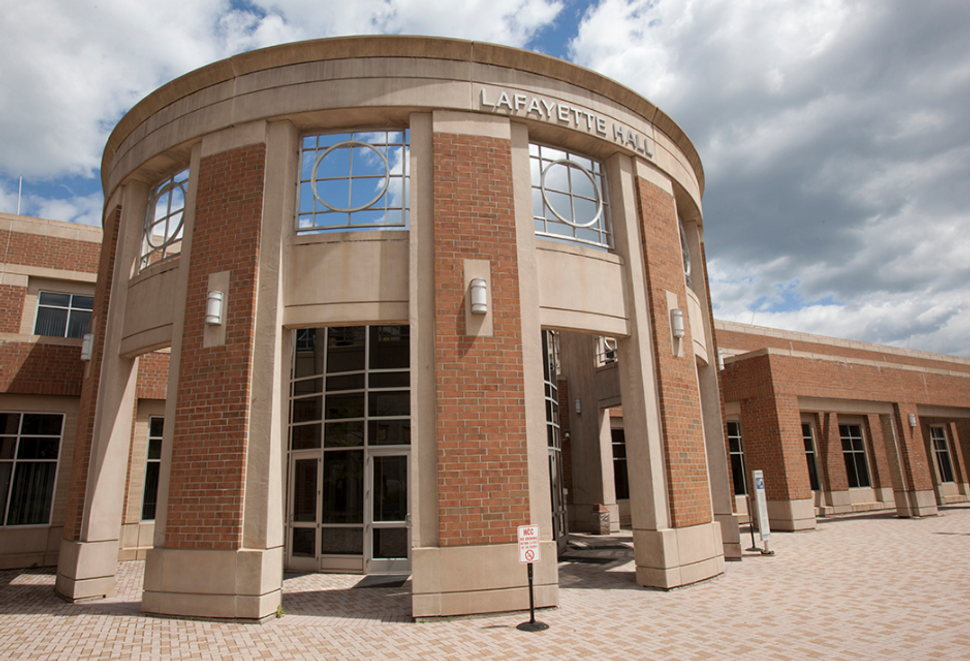 (JTA) — A community college in Connecticut fired a business professor who gave a Nazi salute at a faculty meeting days after the Pittsburgh synagogue shooting.

Paul Broadie II, the president of Housatonic Community College in Bridgeport, on Thursday announced the firing of Charles Meyrick for performing the gesture while shouting Nazi slogans on Nov. 2 in Manchester, reportedly to protest perceived authoritarianism by the Connecticut State Colleges and Universities system during its meeting, the Associated Press reported Thursday.

These actions by Meyrick took place “just days after the mass shooting at the Tree of Life Synagogue in Pittsburgh, and triggered several participants to exit the facility out of fear for their safety,” said Mark Ojakian, president of the colleges and universities system. His “threatening actions go far beyond acceptable discourse,” Ojakian added.

At the synagogue, a far-right extremist killed 11 worshipers on Oct. 27.

Meyrick’s acts were during a meeting where faculty from multiple institutions of higher learning had gathered to discuss school consolidation.

According to the school investigation report , Meyrick acknowledged he shouted “sieg heil,” and gave a Nazi salute for several minutes from his seat in the crowd in the auditorium.

Police said they were called to the auditorium and after the meeting asked Meyrick to leave campus. Meyrick responded by asking, “What if I don’t?” and a lieutenant told him he’d be arrested, police said. Two officers then escorted him from campus without incident.

During an internal probe at his college, Meyrick agreed to apologize.