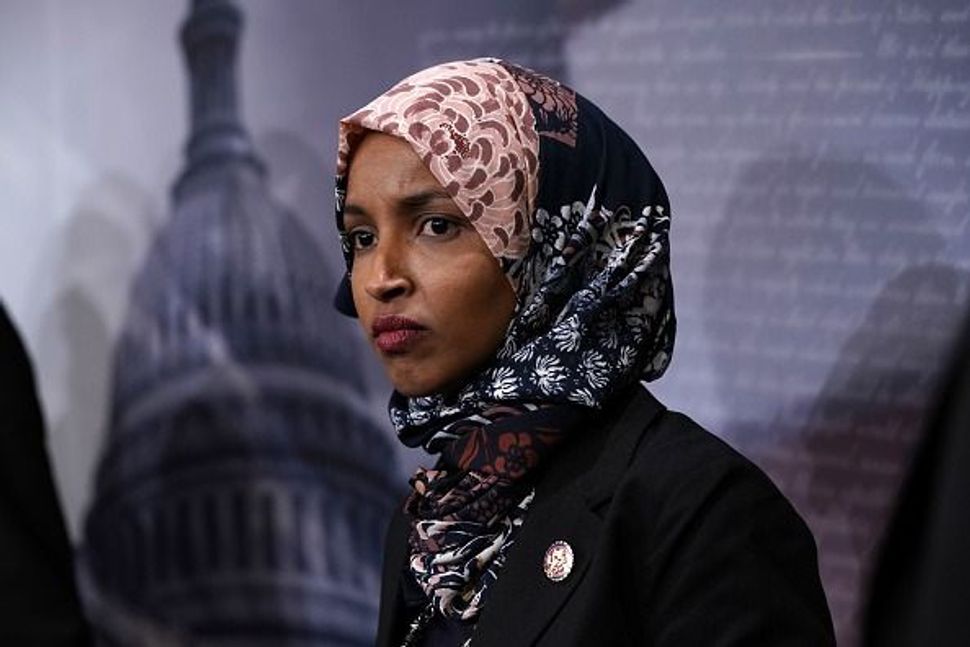 Omar on Sunday responded on Twitter to a threat two days earlier by Rep. Kevin McCarthy, R-Calif., to take action against her because of her past statements on Israel by saying, “It’s all about the Benjamins baby”, a reference to $100 bill featuring Benjamin Franklin.

Her seeming implication that McCarthy was attacking her at the behest of the pro-Israel lobby was made clear with her subsequent response to a tweet by Batya Ungar-Sargon, an editor at The Forward, who tweeted, “Would love to know who @IlhanMN thinks is paying American politicians to be pro-Israel, though I think I can guess.”

The American Israel Public Affairs Committee does not contribute to politicians, although its donors give money to political campaigns, in the same way that an array of activists backing distinct interests across the political spectrum have for decades donated to campaigns. Omar raised over $1 million for her freshman campaign last year, including from unions and from Emily’s List, a group that seeks increased participation by women in politics.

Omar’s remarks drew immediate rebukes, including from Chelsea Clinton, the daughter of former president Bill Clinton and 2016 Democratic nominee Hillary Clinton. “We should expect all elected officials, regardless of party, and all public figures to not traffic in anti-Semitism,” Clinton said.

Omar recently apologized for a 2012 tweet in which she accused Israel of “hypnotizing” the world, acknowledging that she had unwittingly echoed anti-Semitic themes. McCarthy’s call to discipline Omar, apparently for the 7-year old tweet, came after she apologized.