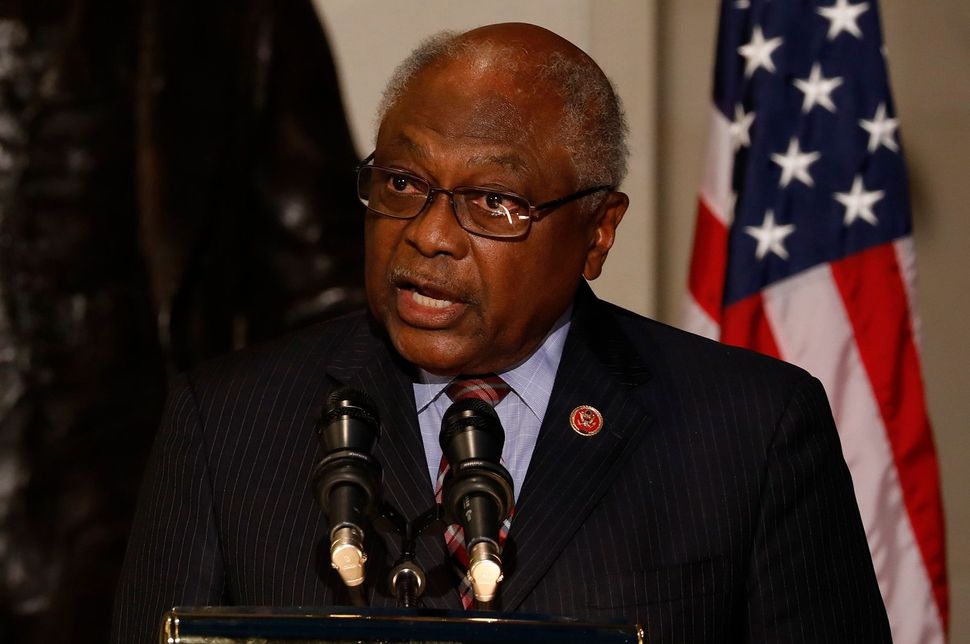 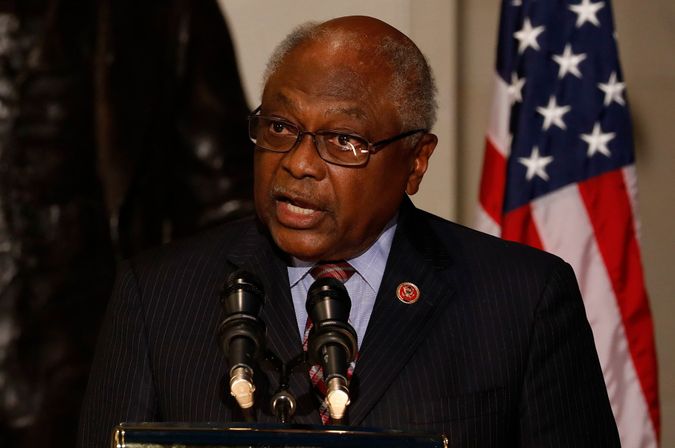 Rep. James Clyburn came under fire Thursday after telling reporters that Rep. Ilhan Omar’s experience with hardship was “more personal” than the children of Holocaust survivors. His comments came as the House was preparing to pass a resolution condemning anti-Semitism, originally meant as a response to comments by Omar that were widely perceived as anti-Semitic.

In an interview, Clyburn, the House Majority Whip and the number three Democrat, mentioned speaking to Omar about her childhood. Omar was born in Somalia, but came to the U.S. as a refugee after living in a refugee camp in Kenya for four years with her family.

“There are people who tell me, ‘Well, my parents are Holocaust survivors.’ ‘My parents did this.’ It’s more personal with her,” Clyburn told The Hill.

“She is living through a lot of pain,” Clyburn said.

In a statement posted to Twitter, the Anti-Defamation League requested that Clyburn retract his remark and apologize.

“The Holocaust was a singular tragedy resulting in the death of 6M Jews,” the tweet read. “It’s offensive to diminish the suffering of survivors & the continuing pain of Jews today.”

In a statement issued Thursday, Clyburn called the Holocaust a “unique atrocity.”

“A lot of people in this caucus will talk about slavery. I never experienced slavery,” he said in an interview on Thursday with McClatchy. “A lot of people in our caucus will talk about the Holocaust who didn’t experience the Holocaust. You may have inherited its legacy, and I’ve inherited the legacy of slavery, but Ilhan Omar lived in a refugee camp.”