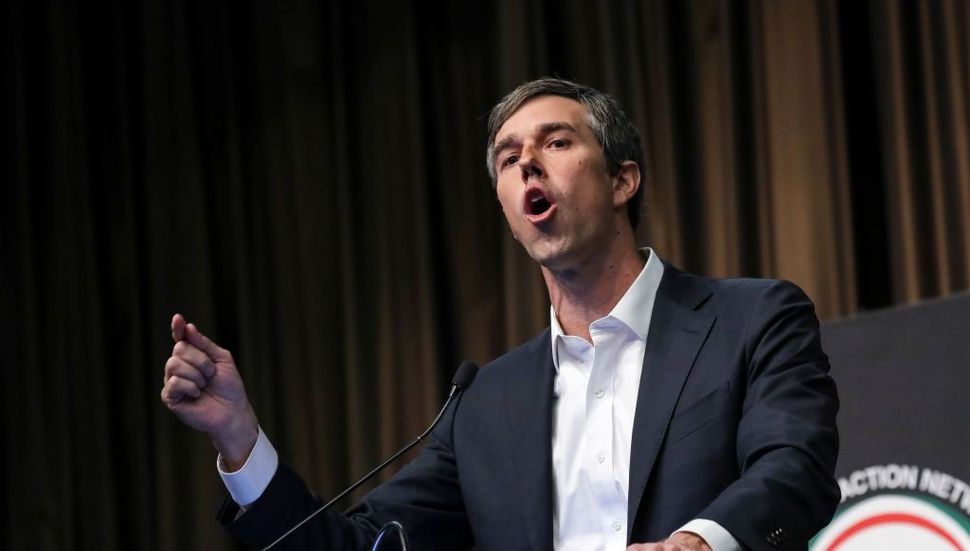 WASHINGTON (JTA) — Beto O’Rourke congratulated Benjamin Netanyahu on his reelection as Israel’s prime minister a week after calling the Israeli leader a “racist.”

“Let me begin by, this is is my first public opportunity to do this, to publicly congratulate Prime Minister Netanyahu on his victory,” O’Rourke, a Democratic presidential candidate, said in video posted Sunday on Twitter by The Hill newspaper. The video was taken, apparently, while the former Texas congressman was campaigning in South Carolina.

“I may not agree with a lot of what he has done or said, especially recently aligning himself with far right, very hateful parties employing some very racist rhetoric, disavowing functionally the two-state solution ― which if you care about Israel, and I deeply do, is going to undermine and jeopardize a peaceful, secure future for that state,” O’Rourke said in the video, which also was reported by Jewish Insider.

“So I have some serious differences, but our differences should not hold us captive to being able to advance our cause, which is a two-state solution,” he said. “Our friendship, which is historic with the state of Israel, which must transcend who’s in power at a given time or the party affiliation of the president of the United States.”

O’Rourke made headlines ahead of last week’s election when he joined other Democratic candidates in criticizing Netanyahu for pledging to annex parts of the West Bank, but added that he believed Netanyahu was a “racist.”