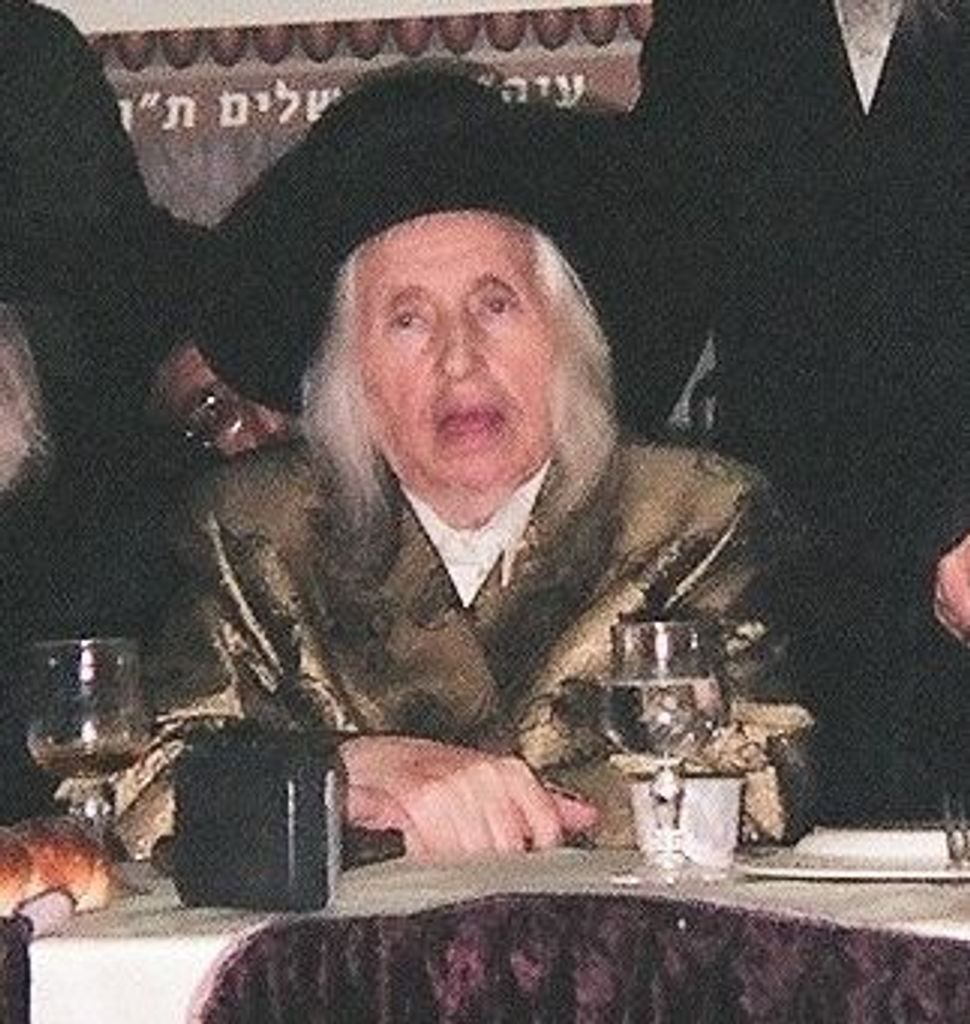 JERUSALEM (JTA) — Menachem Mendel Taub, the Rebbe of the Kaliv Hasidic dynasty in Jerusalem, who devoted his life to memorializing the Holocaust and helping fellow survivors, has died.

Taub died on Sunday at the age of 96 at his home in Jerusalem. His health had declined since a fall in his home two weeks ago, according to reports. On Sunday he lost consciousness and then died.

Born in Transylvania, which was then Romania, Taub was deported with his siblings to Auschwitz, where he was experimented on by the notorious Josef Mengele – and later was unable to grow facial hair due to the experiments. His siblings were killed in Auschwitz. He later was transferred to the Warsaw Ghetto, and on to the Breslau and Bergen Belsen camps.

He married his first wife, Chana Sara Shapiro, who died in 2010, before World War II. They were reunited after the war in Sweden and moved to Cleveland, Ohio.

They immigrated to Israel in 1962 and reestablished the Kaliv community first in Rishon Lezion and later in Bnei Brak, where it remains today. In 2012 he remarried to Sheindel Malnik, 55, of Bnei Brak.

Taub frequently spoke about his experiences during the Holocaust and encouraged the memorialization of Holocaust victims at public events in Israel, including the recitation of the Shema Yisrael prayer. He also was active in Jewish outreach.

The rabbi “gave voice the spiritual heroism of Jews during the Holocaust and did all he could to honor the memory of its victims. His work has particular resonance at present as we redouble our commitment to remember and never to forget,” Israeli President Reuven Rivlin said in a statement remembering Taub.

Thousands attended his funeral in Jerusalem on Sunday night.