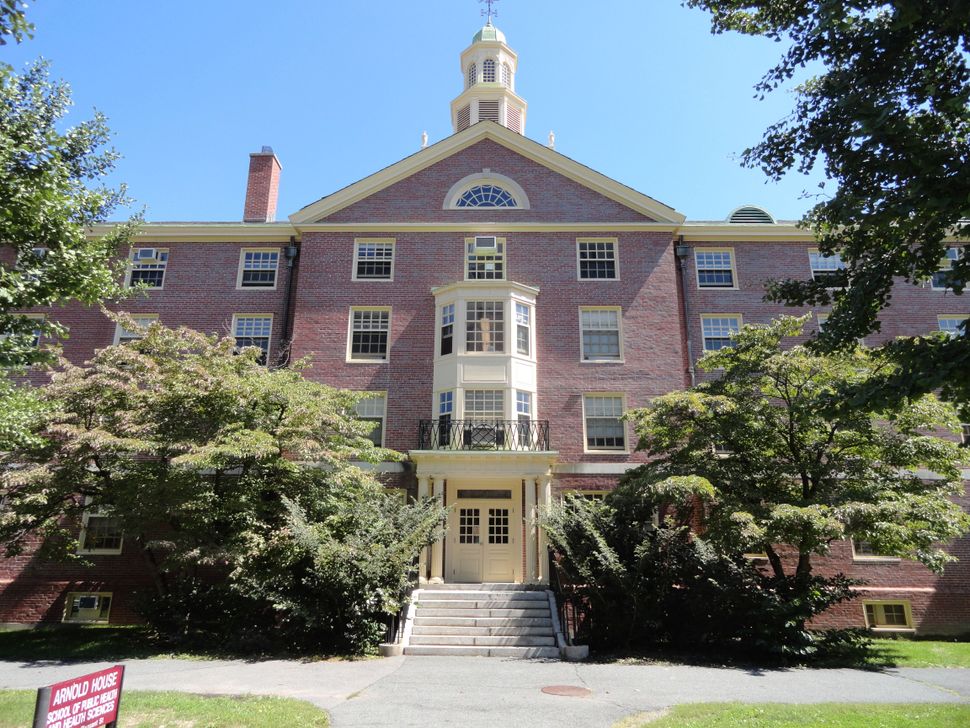 The Sarah L. Arnold House at the University of Masssachusetts, Amherst. Image by Wikipedia

(JTA) — An event claiming pro-Palestinian views are silenced went ahead at the University of Massachusetts in Amherst after a judge threw out an injunction claiming the event was anti-Semitic.

The event, “Not Backing Down: Israel, Free Speech, and the Battle for Palestinian Human Rights,” was organized by the Media Education Foundation, a group based in Northampton, Massachusetts, the Daily Hampshire Gazette reported, and Jewish Voice for Peace, an anti-Zionist group, helped successfully defend the event in court.

Panelists included Linda Sarsour, a leader of the Women’s March and a leading pro-Palestinian activist, Roger Waters, the Pink Floyd rocker who has become a leader in the boycott Israel movement, and Marc Lamont Hill, who CNN fired last year after he used a phrase calling for Palestinian rights “from the river to the sea,” that has been associated with groups that seek to eliminate Israel.

Karen Hurvitz, the attorney who represented the Jewish students, said she was disappointed in the verdict, the Gazette reported, saying that the Jewish students could file complaints with the state if they heard anti-Semitic remarks at the event.