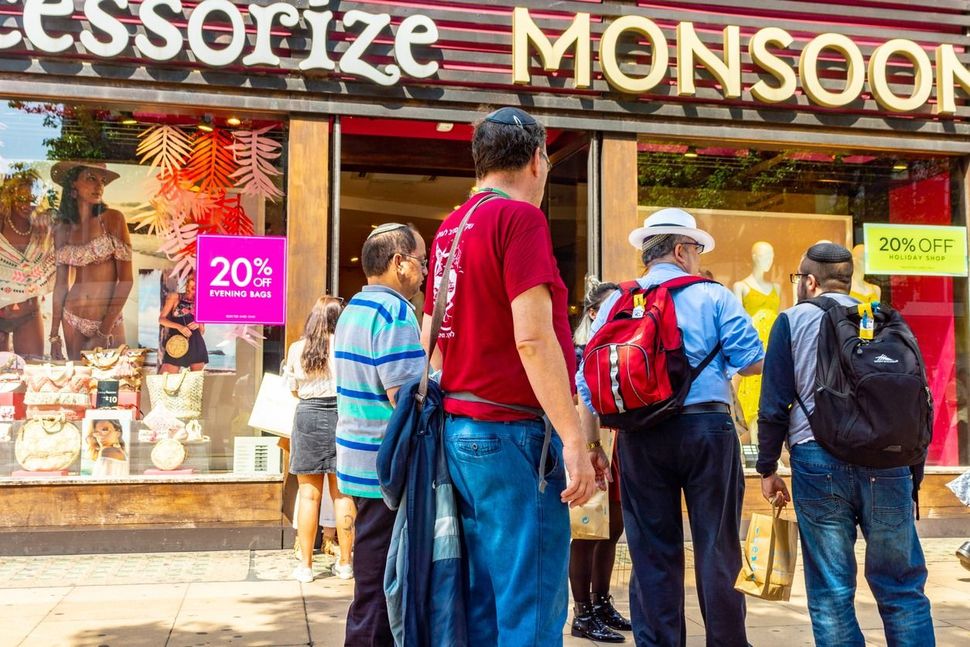 Jewish shoppers on Regent Street in London. Image by Alphotographic/iStock

Nearly 20% of Americans say that it’s acceptable for business owners to refuse to serve Jews if doing so would violate their religious beliefs, according to a new survey from the Public Religion Research Institute.

The 19% who said such discrimination was acceptable is up from 2014, when 12% thought it was okay.

Support for the idea has more than doubled in the last five years among some of the largest Christian groups in America, including white evangelical Protestants (12% to 24%), white mainline Protestants (11% to 26%) and Catholics (10% to 20%).

The survey found that Americans in general are more likely than five years ago to be fine with small businesses citing religion to discriminate against a variety of minority groups. Thirty percent said it was okay to refuse service to gay and lesbian people, 29% to transgender people, 24% to atheists and 22% to Muslims. A full 15% of respondents said it would be acceptable to refuse service to African-Americans on such grounds.

The Supreme Court ruled last year in favor of a Christian baker who refused to bake a wedding cake for a same-sex wedding, spurring broader conversations about discrimination and religious freedom.

The survey was conducted via telephone interviews in English and Spanish with 1,100 respondents between April 9 and 20. The margin of error is +/- 3.5%.