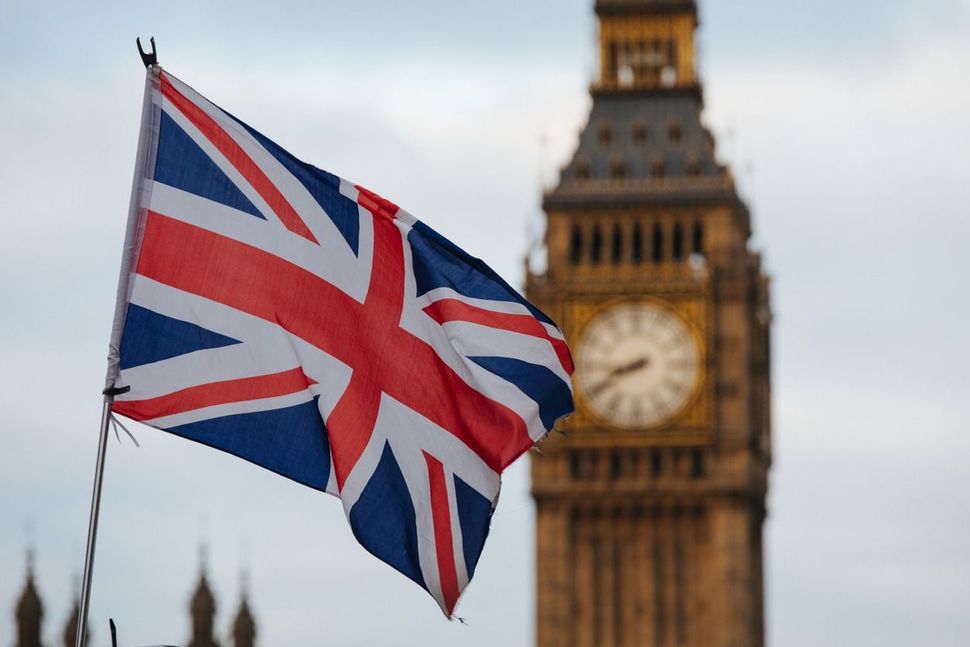 The British flag flies in London. Image by RistoArnaudov/iStock

(JTA) — A record number of nearly 900 anti-Semitic incidents have been recorded in the United Kingdom for the first six months of 2019.

The Community Security Trust, or CST, which is British Jewry’s largest watchdog on anti-Semitism, released its  January-June 2019 Antisemitic Incidents Report, on Thursday. The 892 incidents reported in the first half of 2019 is the highest number recorded in that six-month period and is a 10 percent increase from the 810 incidents recorded during the same period in 2018.

Some 323, or 36 percent, of the anti-Semitic incidents involved social media, compared to 221 incidents, or 27 percent of the total, on social media in the first half of 2018.

The highest monthly totals in the first half of 2019 were in February and March, with 182 and 169 anti-Semitic incidents respectively. They occurred when issues relating to Jews and anti-Semitism in the Labour party were prominent in the news and politics, CST pointed out.

Almost two thirds of the 892 antisemitic incidents were recorded in Greater London and Greater Manchester, the two largest Jewish communities in the UK.