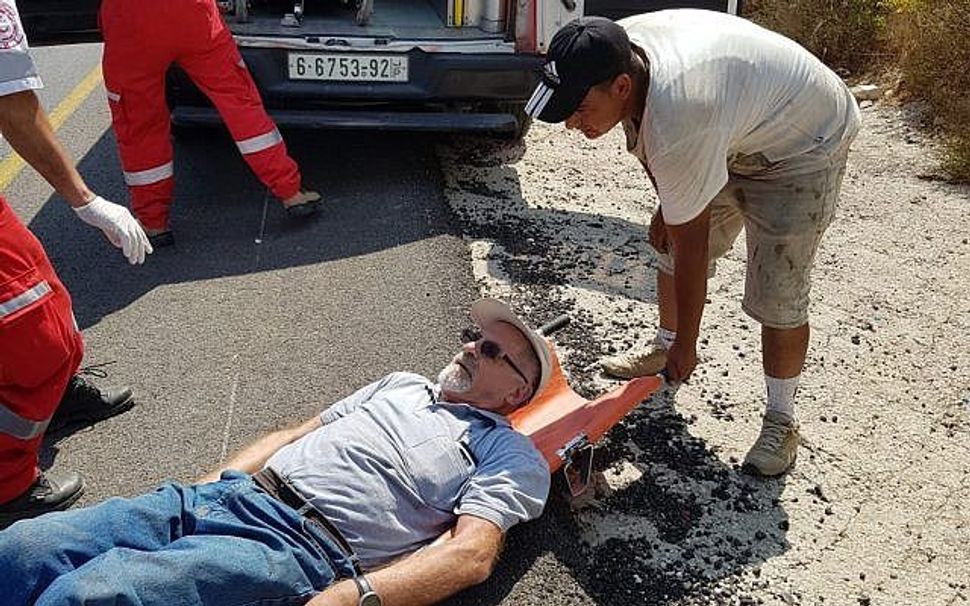 The activists said they had arrived at the village to assist Palestinian farmers to harvest their olive trees and that masked assailants attacked them with iron polls, hurled stones at them and set the olive groves on fire.

The Israeli army confirmed that altercations took place in the village, and that the fire that broke out there was caused by arson, adding that one of the settlers was arrested.

The spokesperson for the Judea and Samaria Division said one of the settlers came from the direction of the West Bank settlement of Yitzhar, and that a Golani brigade force was called to the scene.

A member on the Rabbis for Human Rights executive board, 80-year-old Rabbi Moshe Yehudai, sustained wounds to his head and legs. He was transferred in light condition to the Meir Hospital in Kfar Sava. Police crews and Magen David paramedics were also called to the scene, while other volunteers were evacuated from the area.

Earlier Wednesday, six cars were found vandalized in the West Bank Palestinian village of Deir Ammar northwest of Ramallah. In addition to having their tires punctured, cars were spray-painted with Stars of David and hate slogans in Hebrew including the phrase “when brothers are murdered, our duty is not to forget.” The Israel Police are investigating.

Last week there was a similar vandalism incident carried out by unidentified perpetrators on cars and the walls of homes in the Palestinian village of Qira, further to the north in the West Bank near Ariel.

In that incident, video footage shows several masked figures entering the village and puncturing the tires of 13 cars. They spray-painted a wall in Hebrew with the slogan “There is no place in the country for the enemy” as well as another one almost identical to the one in Deir Amar, stating “When they harm Jews, our duty is not to forget.”

The head of the local council for Qira, Aisha Nimr, said that was the first time that such an incident had been committed there. Accusing Jewish settlers of causing the vandalism, she said “it indicates a dangerous escalation on part of the settlers.”