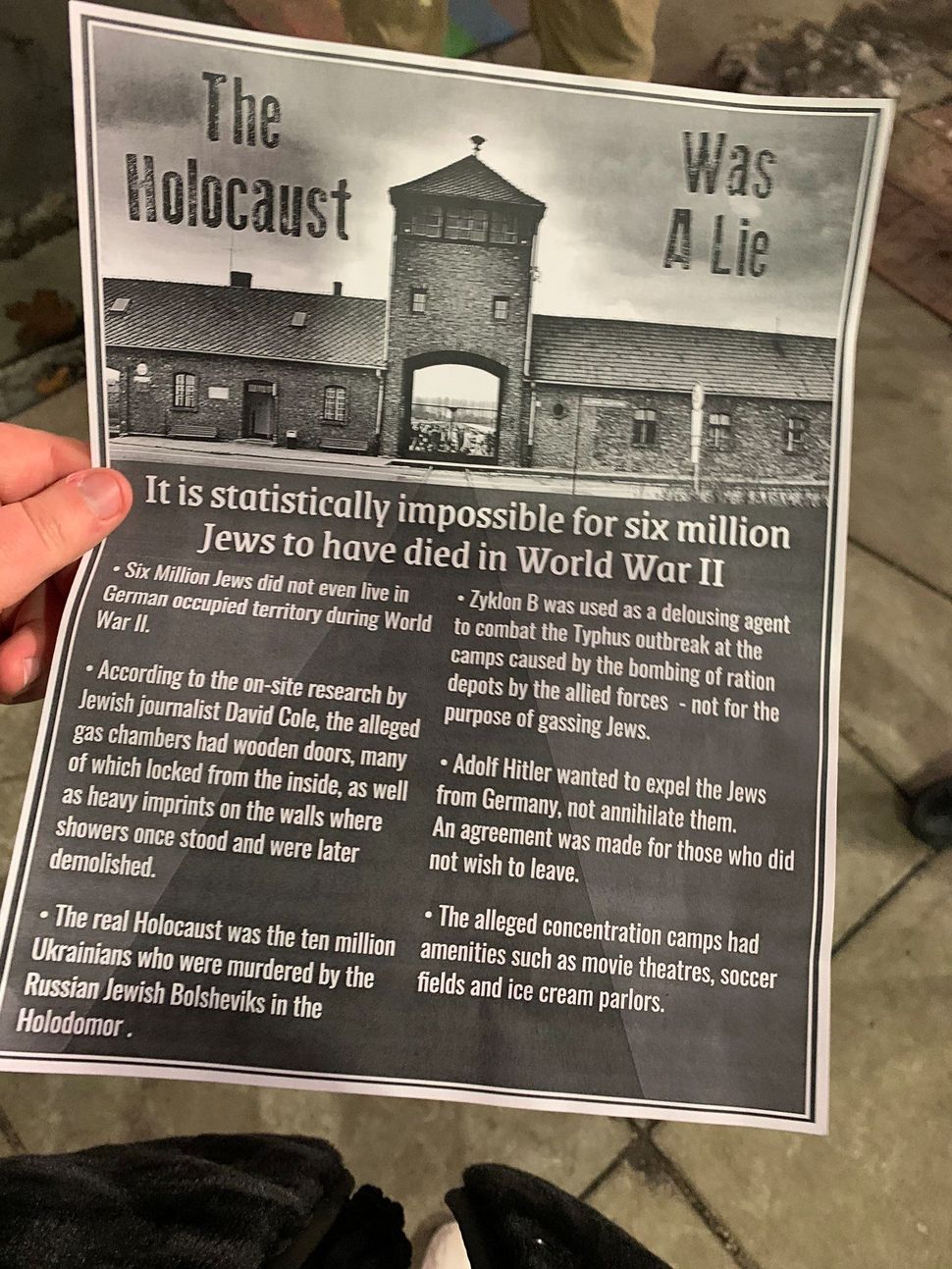 One of the flyers handed out in Boulder. Image by Twitter

The men livestreamed their actions, according to the report.

As of Sunday morning, no reports were filed with police about the fliers, Boulder police told the newspaper.

Went down to Pearl St. to see whatsjust heard the words “we jews did 9/11 and we’re sorry!” being shouted from the van but didnt see them. I found this flyer, though. pic.twitter.com/SfYcTUr8S2

Found some more of those index cards pic.twitter.com/17MKzuKWit

Boulder was a target of anti-Semitic propaganda in 2018, with the Anti-Defamation League recording 17 such incidents that year. A Jewish population survey of the Denver/Boulder metropolitan area from 2007 — the last time there was such a survey — found that 117,000 people live in Jewish households there.