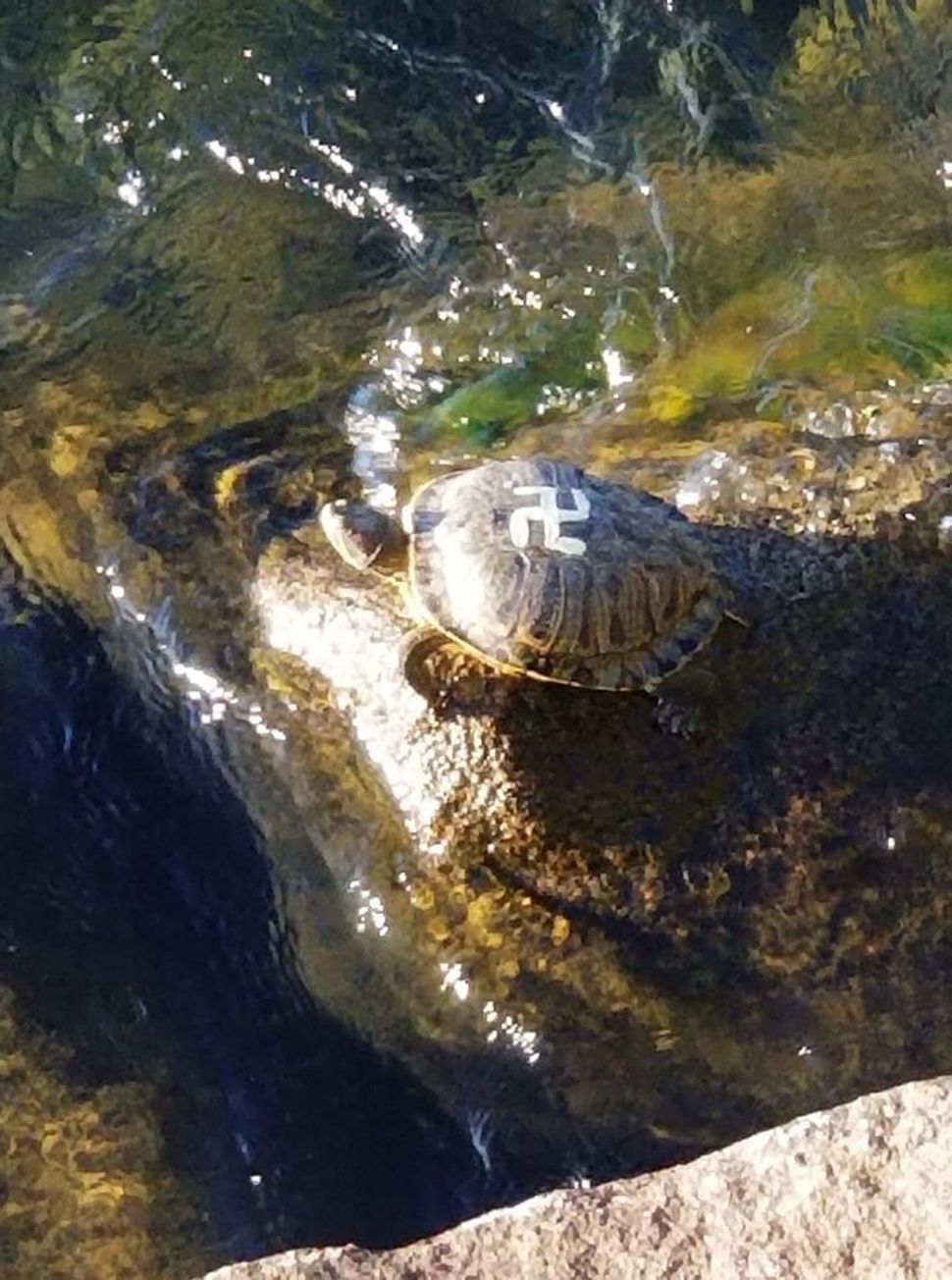 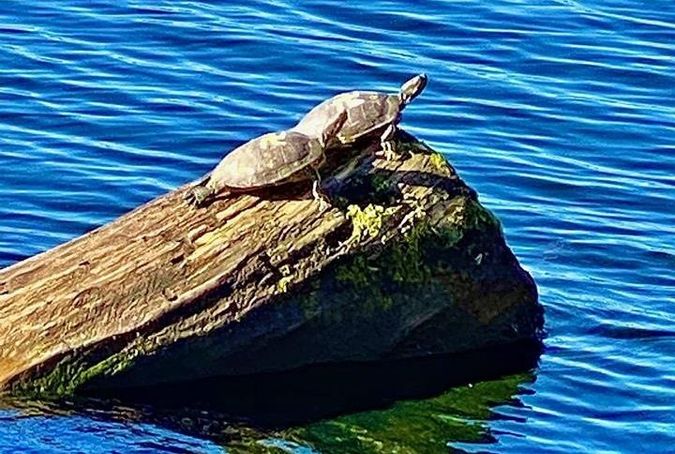 An image of the turtles shared on social media by local police. Image by Renton Police

Multiple turtles were seen this week with swastikas painted on their shells in a park in the southern Seattle metropolitan area.

So far, efforts to capture the turtles so their shells can be cleaned and they can be given a health check-up have been unsuccessful, according to local news outlets.

“We made an attempt to locate them but so far they have evaded apprehension,” the police for the town of Renton posted on their Facebook page.

The discovery of the turtles, noted on social media by Renton police on Wednesday, has prompted local activists to organize a rally against hate set for this Saturday. The rally is about “about coming out and standing up for our parks, wildlife and against hate,” organizer Chad Cashman-Crane, a local activist, told the Renton Reporter.

One person who commented on the Renton police’s post about the turtles included her own picture of a swastika-marked turtle, which she said she took several weeks ago. 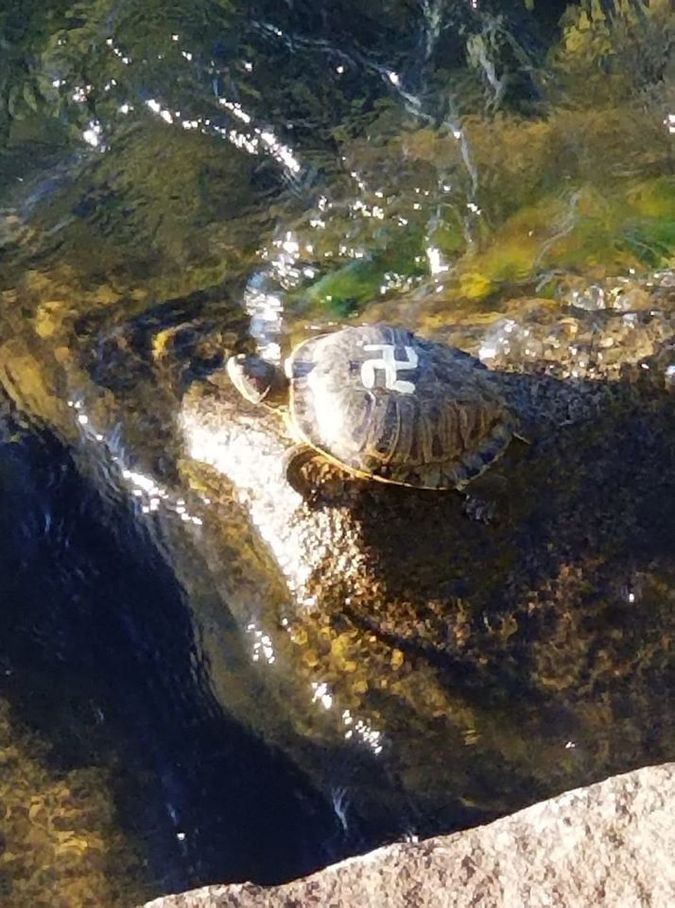 Miri Cypers, director for the regional chapter of the Anti-Defamation League, condemned the swastikas on the turtles but noted that the swastikas “may have been painted in the wrong direction.”