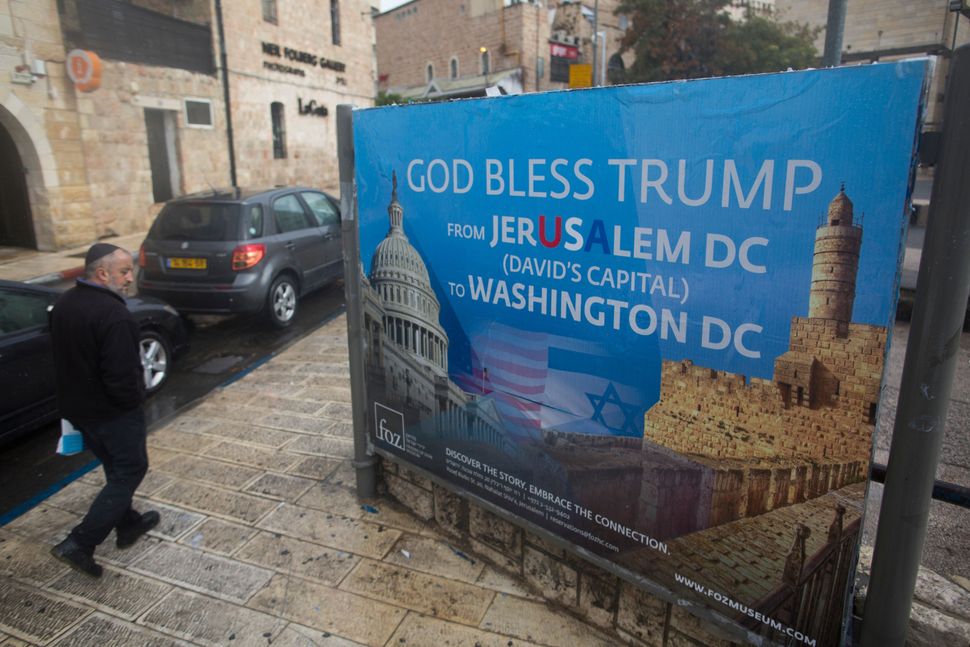 (JTA) — Israel is the only one of 33 non-U.S. countries where a majority expresses net approval of President Donald Trump’s major foreign policies, according to a Pew Research Center survey.

Some 55 percent of Israelis in the spring 2019 poll expressed net approval of the policies – meaning they back more of the policies than they are against. The share of net approvers is 18 percentage points higher in Israel than in the United States, the country with the second-most approvals.

The policies asked about in the survey were withdrawal from international climate change agreements; withdrawal from the Iran nuclear weapons agreement; increasing tariffs or fees on imported goods from other countries; allowing fewer immigrants into the U.S.; building a border wall between the U.S. and Mexico; and negotiations with North Korean leader Kim Jong-Un about his country’s nuclear weapons program.

Net approval of Trump’s policies tends to be higher in Central and Eastern Europe, sub-Saharan Africa and some nations in the Asia-Pacific region.

The post Israel is only country where the majority approves of Trump’s major foreign policies, survey finds appeared first on Jewish Telegraphic Agency.