Undeterred by coronavirus, a couple plans their wedding in Israel in less than 24 hours 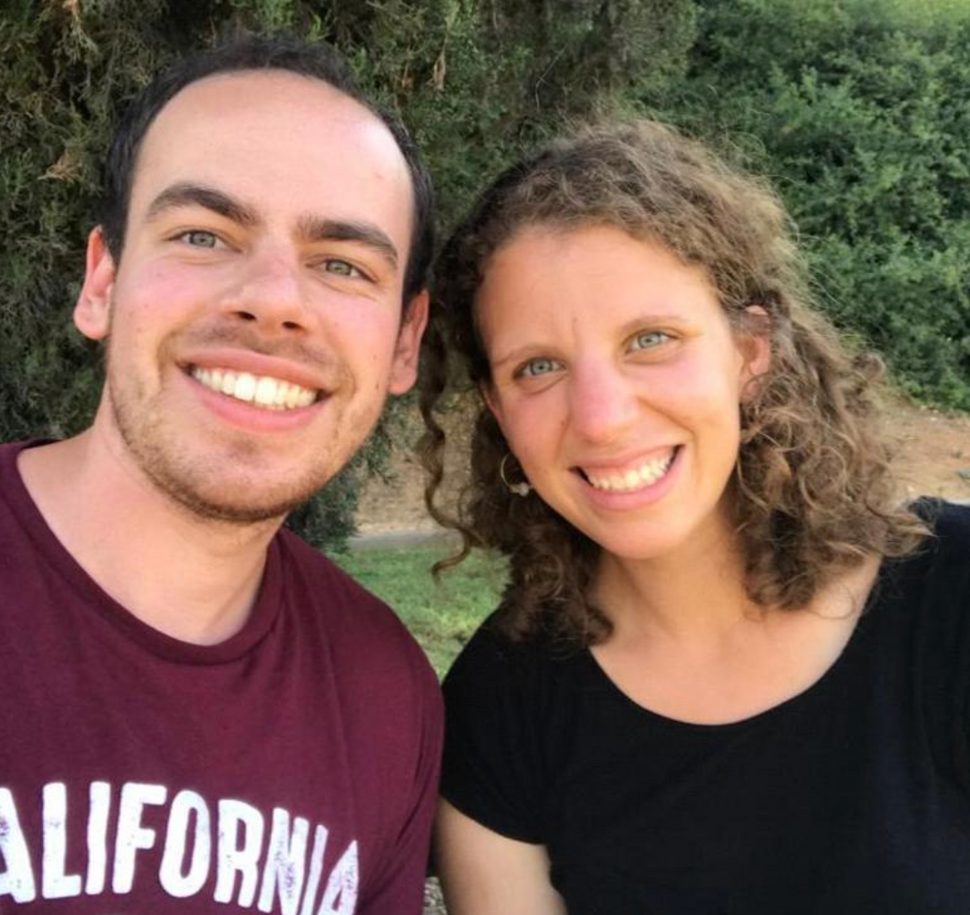 (JTA) — Nina Abrahams and Amit Bigler knew the coronavirus pandemic would have an impact on their wedding, which was already taking place in Israel, far from their home in New York.

But they didn’t expect to have their guest list whittle down from 330 to about 20 — and for those 20 guests to attend the ceremony in different shifts, so that no more than 10 guests were present at the same time.

That’s exactly what Abrahams and Bigler had to do, however, after the Israeli government temporarily outlawed gatherings of more than 10 people to combat the spread of the virus. They would put together their wedding in less than a day.

Couples around the world have had to downsize their wedding celebrations as countries impose strict rules to curb the spread of the coronavirus, which has killed more than 5,000 people worldwide. In Israel, at least one couple gained attention for circumventing the regulations by holding a wedding ceremony in a supermarket, where 100 people are permitted.

More often, however, couples say they are shrinking their weddings in order to go forward with celebrations at a time of great uncertainty.

The Tournelles Synagogue in Paris typically hosts four or five wedding ceremonies every week. But on Sunday, with the coronavirus toll rising in France, its iconic, cavernous sanctuary had just one wedding — with just a few guests.

Rabbi Chalom Zana, a Chabad rabbi from the suburb of Bourget, said the couple had considered postponing but went ahead at his urging.

“I told them it’s a matter of continuity and recommended they do the ceremony as planned, and just postpone the party,” Zana said.

“At first there was some heaviness in the air, but I found it appropriate. After all, a rabbi’s job is to explain the procedure to the couple and also the significance of the contract into which they are entering. The fact that the event was at all happening symbolized the Jewish people’s commitment to continuity despite all circumstances.”

For Abrahams, 26, and Bigler, 27, the choice to rush their wedding was easy to make.

“We just wanted to be together,” Abrahams told the Jewish Telegraphic Agency by phone from Israel a day after her nuptials.

But executing their plans was anything but simple. They had coordinated every detail for their March 23 ceremony and party with their venue, Ella, in the Israeli town of Ness Ziona. And they had stuck with those plans even as it became clear that their 70 guests from overseas, including Abrahams’ siblings, would not be able to attend.

But on Saturday night, more than a week before their wedding date, Israel announced that it would ban gatherings of more than 10 people. The pair decided they couldn’t wait longer.

Abrahams, who served in the Israeli army before returning to her native New York, rushed to the mikvah to do a ritual immersion done traditionally before Jewish weddings.

Then she and Bigler drove around Israel in the middle of the night in search of an outdoor spot. Ultimately they realized that Bigler’s uncle, who lives in the town of Gedera, had a backyard that would do.

Catering and DJ arrangements were off the table, so as the pair filled out last-minute paperwork, relatives picked up fruit, cheeses, cakes and sandwiches at a nearby market. Bigler’s mother found a saxophonist to play during the wedding ceremony. The couple then rushed to get ready and take photographs before the ceremony took place less than 24 hours after they had decided to make it happen.

“Although so many were missed, the wedding was intimate, meaningful and beautiful,” the bride’s mother, Miriam Abrahams, wrote about the experience. She and her husband had arrived in Israel just days before the country began requiring a 14-day quarantine for anyone arriving from overseas.

Nina and Amit, she added, “have remained calm and positive and turned lemons into limonana!”

The couple, who met on the JSwipe dating app in 2018, indeed found a silver lining in the small attendance.

“We’re both kind of shy people,” Abrahams said, “so we were both also happy and a little relieved not to have something so big.”

The post Undeterred by the coronavirus, a couple plans their wedding in Israel in less than 24 hours appeared first on Jewish Telegraphic Agency.

Undeterred by coronavirus, a couple plans their wedding in Israel in less than 24 hours