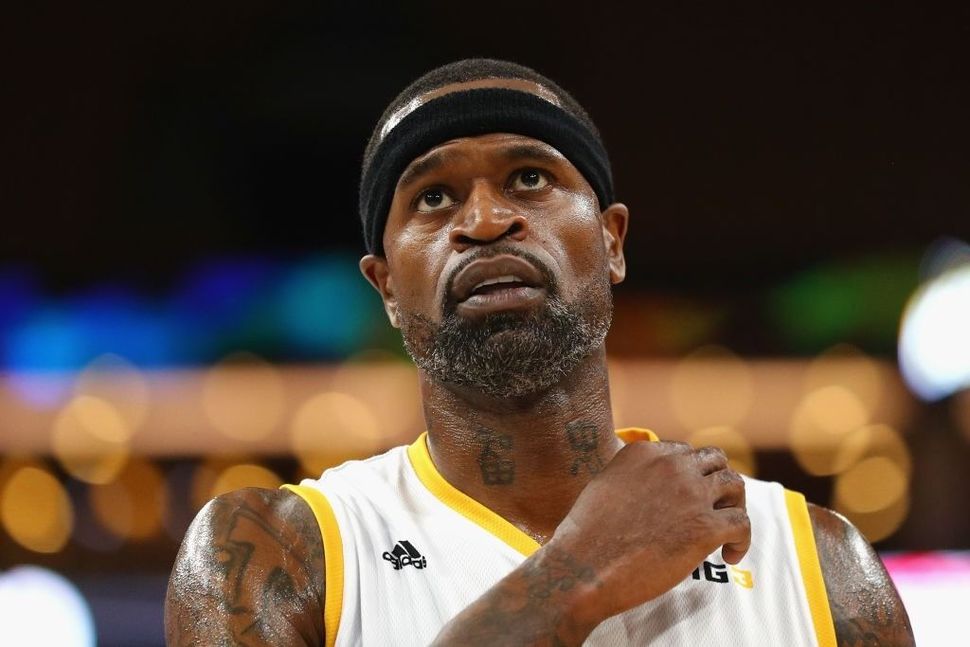 Stephen Jackson of Killer 3s looks on against Tri State during week seven of the BIG3 three on three basketball league at TD Garden on August 3, 2018 in Boston, Massachusetts. Image by Maddie Meyer/BIG3/Getty Images

Stephen Jackson, who was a friend of George Floyd, has emerged as a leader in the public movement against racism and police brutality.

DeSean Jackson issued an apology after receiving pushback from his team and from Jewish community leaders for sharing a quote saying that Jews “will extort America, their plan for world domination won’t work if the Negroes know who they are.”

But Stephen Jackson said he had nothing to apologize for.

Stephen Jackson later deleted the video and posted a text image on Instagram saying: “Your races pain doesn’t hurt more than the next races pain. Don’t act like your hardships or more devastating than ours.” He then followed it up with another Instagram video in which he promoted another anti-Semitic conspiracy theory, claiming that the Rothschilds “own all the banks.”

Major sports figures and Jewish leaders criticized Jackson Wednesday, saying that his statements were problematic and undermined his efforts.

.@stephenasmith strongly disagrees with Stephen Jackson’s comments defending DeSean Jackson, saying it is a distraction from greater issues in the black community. pic.twitter.com/9pjznEDf1g

It is so deeply disturbing that Stephen Jackson is perpetuating this harmful, age-old #antisemitic conspiracy in defense of DeSean Jackson also engaging in #antisemitism. As someone who has been a leader in the protests against #racism, this is especially upsetting. https://t.co/8uUn4wNrpT

Stephen Jackson spreading this insanely bigoted, anti-Semitic conspiracy shit is such a gift to the awful people who despise the legitimate causes he fights for.