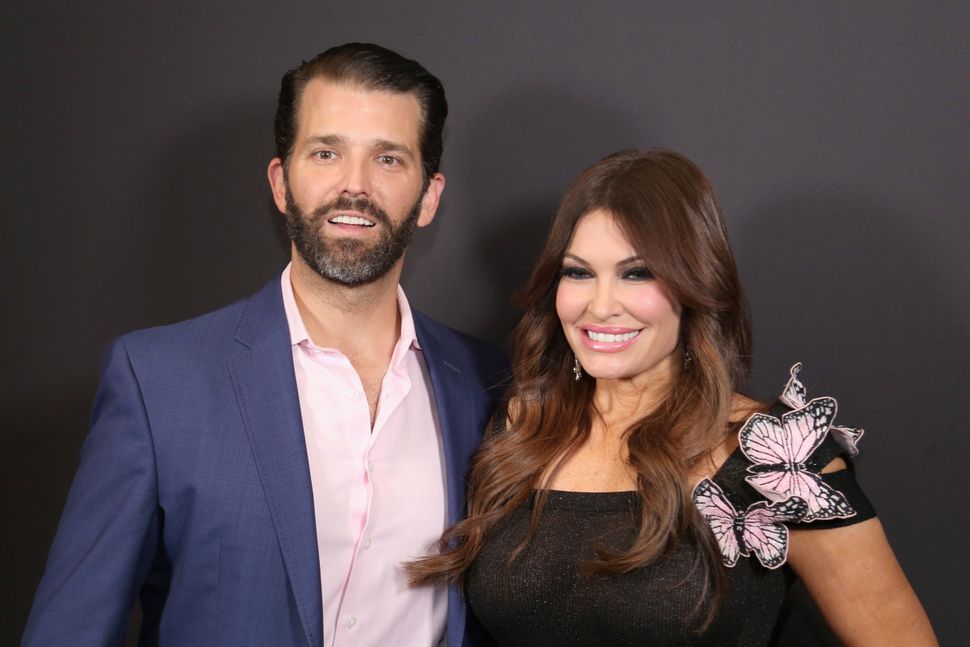 Kimberly Guilfoyle, a Trump campaign executive and the girlfriend of Donald Trump, Jr., used the phrase “cosmopolitan elites” — which invokes an anti-Semitic dogwhistle — in her speech during the Republican National Convention on Monday night.

. @kimguilfoyle invokes “cosmopolitan elites” in her #RNC speech. “Do you support the cancel culture, the cosmopolitan elites of Nancy Pelosi, Chuck Schumer and Joe Biden who blame America first?” pic.twitter.com/VNzuuzfqWU

In its most anti-Semitic usage, the word “cosmopolitan” appears as a noun paired with the adjective “rootless,” wrote Forward columnist Aviya Kushner in a 2017 piece on the term, after Trump official Stephen Miller used it to criticize bias in the media.

According to the YIVO Encyclopedia of Jews in Eastern Europe, Kushner wrote, “anticosmopolitan campaign” was a “euphemism for the victimization of the Jewish intelligentsia in the late Stalin years.”

Guilfoyle was making an argument that Democrats wanted to control the average person — “how they think and how they live.”