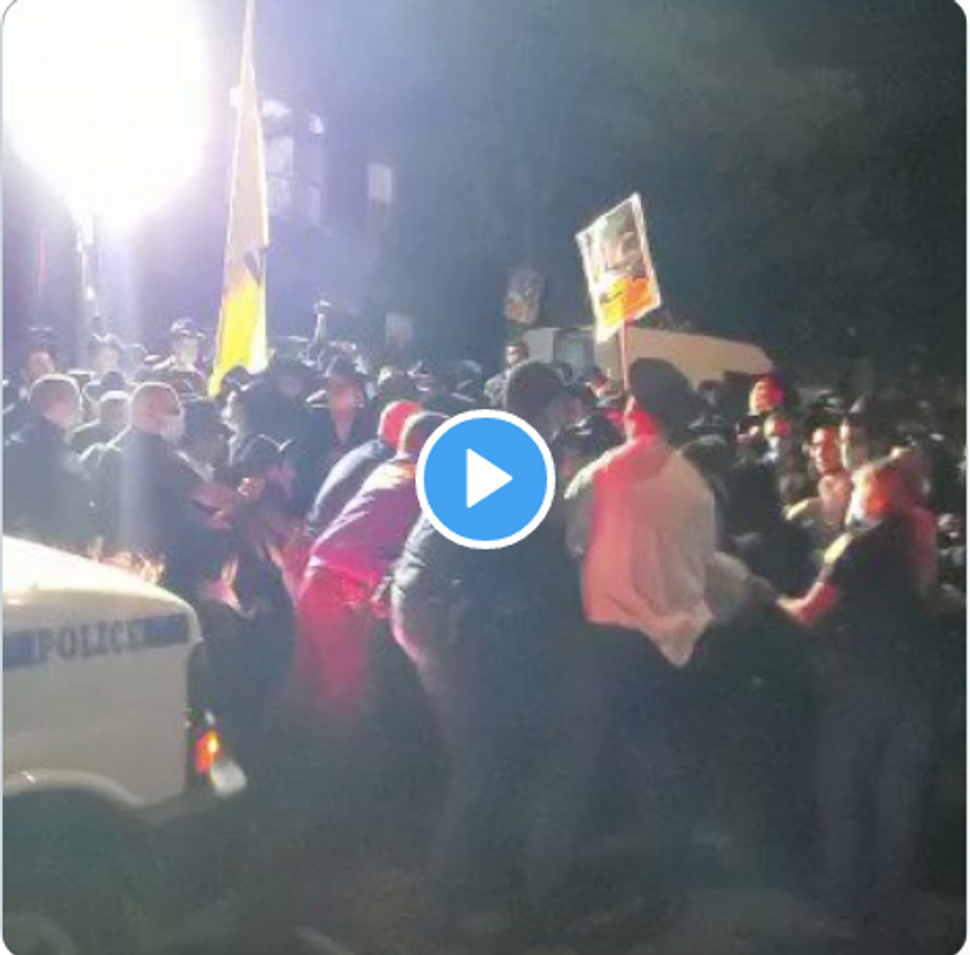 NYPD tried to break up a Sukkot party in Crown Heights due to social distancing violations. Image by Twitter

The NYPD clashed with Orthodox Jews last night when the officers came to break up a big Sukkot gathering in Crown Heights, a video shared on Twitter showed.

In another video taken earlier in the night, hundreds could be seen celebrating the Sukkot holiday by dancing in close proximity on a blocked off street in Crown Heights.

Despite the initial clashes, eventually police relented and backed off from the celebration.

Crown Heights is the center of the global Chabad-Lubavitch movement, which emphasizes outreach within the Jewish community, and the revelers can be seen waving golden messiah flags, a symbol used by Chabad.

At a news conference the same night, Governor Cuomo shared images of large gatherings of Orthodox Jews, warning that increased enforcement, such as the closure of schools and synagogues, would come into effect if Orthodox leaders could not bring their communities into compliance with health and safety measures like social distancing and mask-wearing.