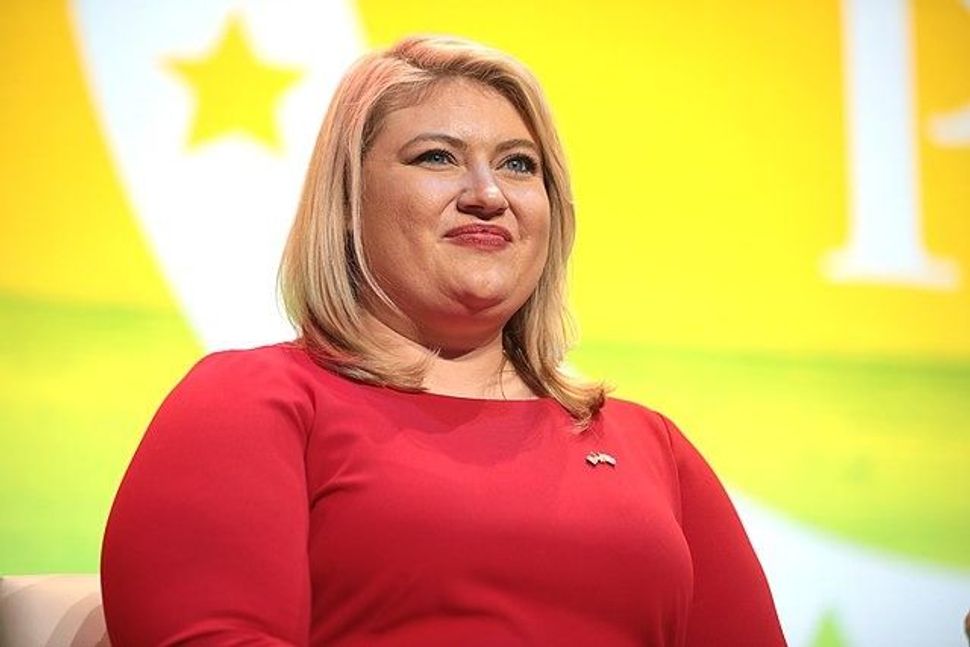 Rep. Kat Cammack, a new Republican congresswoman from Florida, announced on Twitter Wednesday that she plans to use the emblem of the state of Israel to taunt her new office neighbor, Rep. Rashida Tlaib.

Rep. Tlaib, who has an office right next to mine in DC, has some strong opinions about Israel that I ? disagree with, so I’ve made a pledge to plant Israel’s flag outside my door right next to the American flag. I think it’ll be very helpful as she walks past both every day ???? https://t.co/5VMDXDWllM

Tlaib, a Palestinian-American Democrat from Detroit, has been a flashpoint for both pro-Israel Jewish groups and Christian Zionists over her support for the Boycott, Divestment and Sanctions movement.

In 2019, the Israeli government blocked her from entering its territory, which led her to cancel a planned trip to visit her relatives in the occupied West Bank.

Cammack, who had been chief of staff for the district’s last representative, Ted Yoho, campaigned as a strong supporter for continued U.S. military aid to Israel, and received the endorsements of the several pro-Israel groups, according to the right-leaning Jewish News service.

In response, Tlaib’s office called the act a publicity stunt.

“Congressional members were elected to take on pressing issues impacting their constituents, not publicity stunts,”Denzel McCampbell, Rashida Tlaib’s Director of Communications, told the Times of Israel. “Rep. Tlaib is focused on solving issues and showing up for her constituents. One can only hope that Rep. Cammack will do the same.”