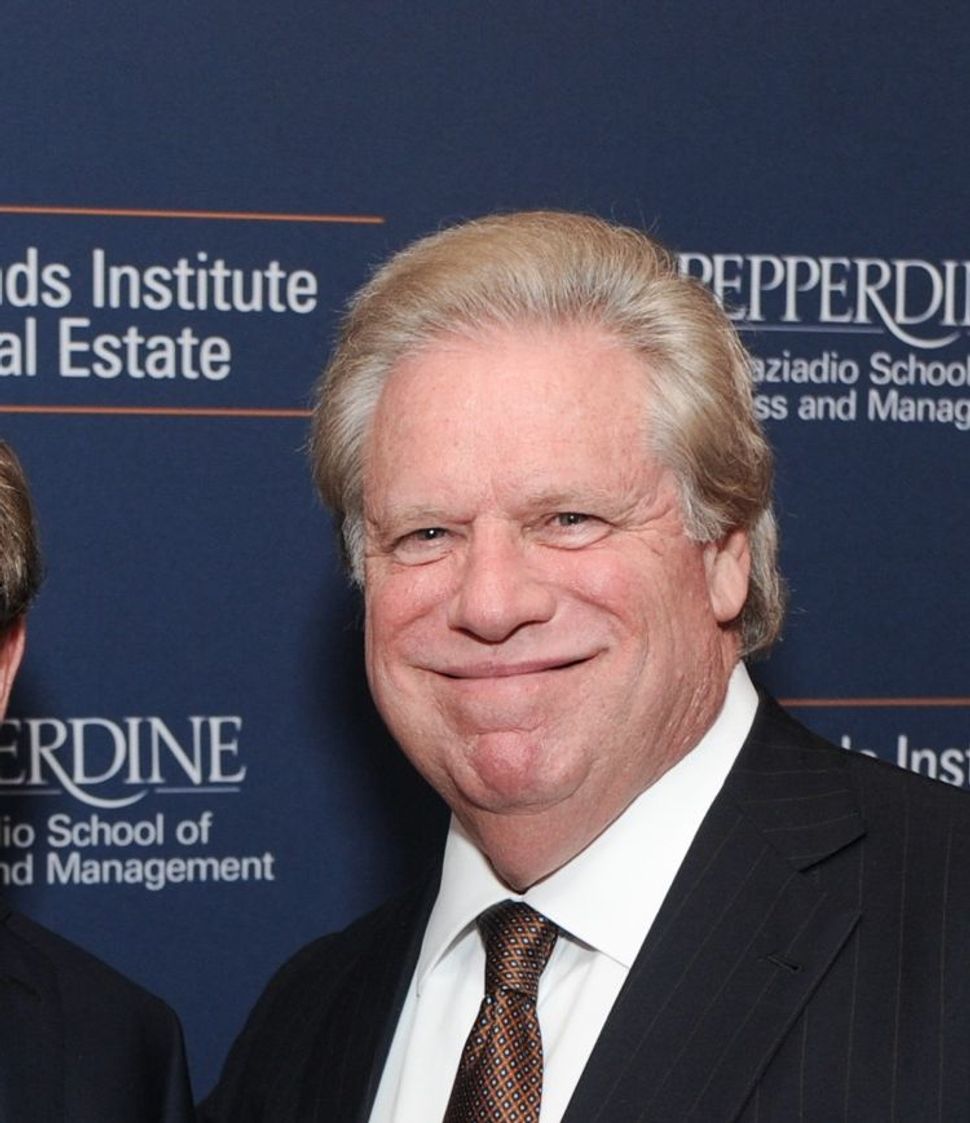 On his final day in office, President Donald Trump issued a wave of last-minute pardons — including one for Elliott Broidy, the disgraced former Republican National Committee finance chair. According to a statement from the White House, Broidy’s pardon was supported by five rabbis and other high-profile Jews.

Rabbis Steven Leder, Steven Burg, Pini Dunner, Meyer May, and Mordechai Suchard were all name-dropped in the White House’s announcement of his pardon which also highlighted Broidy’s philanthropic work with Jewish groups.

Rabbi Steven Leder is the senior rabbi of Los Angeles’s Wilshire Boulevard Temple and the only non-Orthodox rabbi who weighed in. “I understand those who wonder why I would write a letter supporting Elliott Broidy’s pardon request,” Rabbi Leder said. “When Temple members sin and seek my guidance, I do not turn my back — regardless of political affiliation. Instead, I encourage them to do teshuvah [repentance] by admitting the wrong, apologizing for it, making others whole when possible, and truly changing their lives.”

He continued: “Once a person has undergone teshuvah, he or she merits forgiveness. This is why after doing teshuvah, we are allowed on Yom Kippur to ask before God and each other, ‘Forgive us, pardon us, grant us atonement.’ I did for this congregant what I would have done under any administration for any Temple member who has sinned, repented and changed his or her life for the better as a result.”

Rabbi Burg is the chief executive officer of AISH Hatorah, an Orthodox educational organization. Dunner is rabbi at the well-heeled congregation Young Israel of North Beverly Hills who called Trump’s post-election behavior “an absolute disgrace.” Rabbi Meyer May, who is also based in L.A. is executive director of the Simon Wiesenthal Center, while Rabbi Suchard is the founder and director of Gateways, another Orthodox educational group, which says its mission is to “raise Jewish consciousness.”

Other high-profile Jews who supported the Broidy pardon include Bernie Marcus, the philanthropist and co-founder of The Home Depot and Malcolm Hoenlein, the executive vice-chairman of the Conference of Presidents of Major American Jewish Organizations.

Broidy pleaded guilty last year to acting as an unregistered foreign agent. He was charged as part of a larger investigation into the massive “1MDB Scandal” where Malaysia’s prime minister, Najib Razak, is alleged to have funneled more than $700 million dollars out of his country’s state-run 1Malaysia Development Berhad (1MDB) company and into his personal accounts. Broidy worked on behalf of Razak in the U.S., crafting talking points for him before a 2017 meeting with President Trump. Emails showed that Broidy was offered $75 million if he could get the U.S. Justice Department to drop its investigation into the 1MDB scandal.

In 2018, Broidy was also embroiled in another scandal when it was revealed that he had engaged in a sexual relationship with Shera Bechard, a Playboy model, and had used President Trump’s former personal lawyer Michael Cohen to negotiate a $1.6 million nondisclosure agreement with her after paying for her to have an abortion.