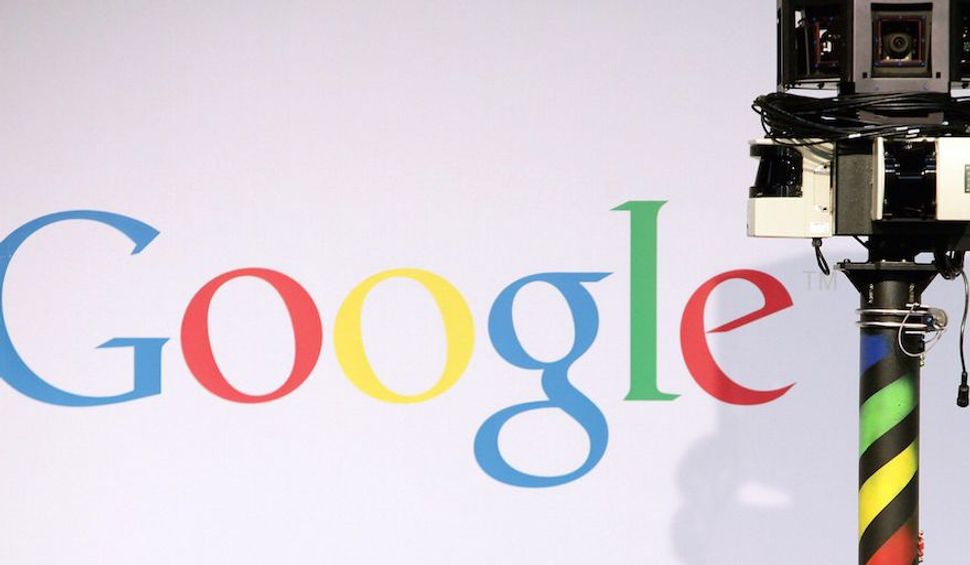 Google said Wednesday night it had reassigned the company’s diversity lead, whose 2007 blog post suggested Jewish people have an “insatiable appetite for war.”

“These writings are unquestionably hurtful,” the company’s press office said in a statement. “The author acknowledges this and has apologized. He will no longer be part of our diversity team going forward.”

Kamau Bobb, whose official title at Google was Global Lead of Diversity Strategy and Research, made the offensive remarks on his personal blog years before he joined the company. Nevertheless, their resurfacing deepened concerns about the environment for Jewish people at the company.

In the 571-word post titled “If I Were A Jew,” Bobb wrote that he thinks it would be difficult to reconcile the Jews’ experience as victims of the Holocaust with “the behavior of Israel as a nation.” Throughout the post, he conflates Israel’s actions with a singular Jewish point of view.

“If I were a Jew I would be concerned about my insatiable appetite for war and killing in defense of myself,” Bobb concludes. “Self defense is undoubtedly an instinct, but I would be afraid of my increasing insensitivity to the suffering others [sic]. My greatest torment would be that I’ve misinterpreted the identity offered by my history and transposed spiritual and human compassion with self righteous impunity.”

Bobb’s LinkedIn page indicates that he joined Google in 2018, more than a decade after he wrote the post. But it sparked outrage among Jewish employees who said the company is not doing enough to support them, and provides more fodder for those who believe that progressivism in the tech industry has allowed antisemitism through the back door. And it resurfaced during a fraught moment for the company, where a controversy is raging internally among Jewish employees following a public letter some of them wrote calling on Google to divest from the IDF.

The company said it was reassigning him to a STEM position.

The contents of the post were first reported Tuesday by the Washington Free Beacon.

While other minority groups have been the subject of company-wide solidarity emails over the past year — Google also donated over $175 million to Black causes in the wake of the George Floyd protests last summer — the company has not sent any such letter supporting its Jewish employees in light of a recent spate of widely publicized incidents of antisemitic violence, multiple Jewish employees said. They said they had unsuccessfully lobbied for one.

Google did not share Bobb’s apology, but it did express support for its Jewish employees in the statement, which is printed in full below.

We unequivocally condemn the past writings by a member of our diversity team that are causing deep offense and pain to members of our Jewish community and our LGBTQ+ community. These writings are unquestionably hurtful. The author acknowledges this and has apologized. He will no longer be part of our diversity team going forward and will focus on his STEM work.

This has come at at a time where we’ve seen an alarming increase in antisemitic attacks. Antisemitism is a vile prejudice that has given rise to unfathomable acts. It has no place in society and we stand with our Jewish community in condemning it.