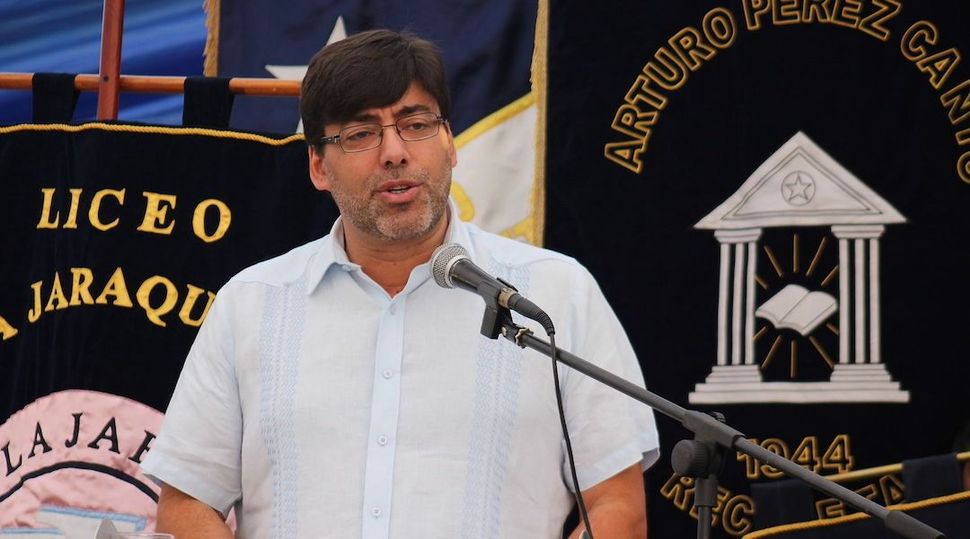 (JTA) — Chile’s lower house of parliament asked leading presidential candidate Daniel Jadue to deny that he is antisemitic in the wake of some of his past statements on Jews and Israel.

Jadue, the grandson of Palestinian immigrants who runs the Communist Party of Chile, has taken criticism after an image from his high school yearbook circulated online last month. In it, his 1983 classmates wrote that the best gift they could give him was “a Jew to target.”

Descriptive paragraphs call him an “antisemite” and says he is destined to become “Chief of PLO [Palestinian Liberation Organization], to clean the city of Jews.”

Jadue, who has been the mayor of the Santiago district Recoleta since 2012, has made several controversial anti-Israel statements in the past. He often refers to Chile’s Jewish community of about 15,000 as the “Zionist community,” and has said “I get along very well with Jews… I have some problems with Zionists.”

Chile’s Chamber of Deputies passed a resolution last week urging Jadue “to publicly and categorically deny the statements made in the biographical sketch of his school yearbook, which classifies him as anti-Semitic.”

Jadue did not respond to the resolution. Instead he tweeted: “A country in the midst of a health and economic crisis, hundreds of deaths a day, families do not make ends meet. But right-wing MPs vote for me to explain what others wrote, in a school yearbook, 35 years ago! # Get Serious.”

Chile’s primaries take place July 18, with the general election on Nov. 21. Recent polls show Jadue in the lead with 18% of the vote, in front of a center-right candidate with 13%.

Chile is home to as many as 400,000 people of Palestinian origin and is believed to be the largest such community outside of the Middle East.