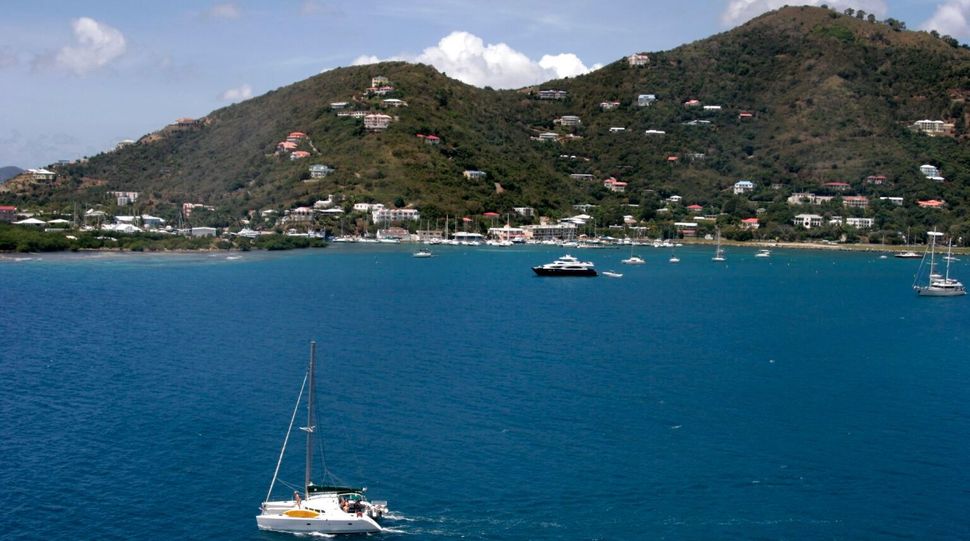 (JTA) — Some of the most contested real estate in east Jerusalem have come under the legal control of the British Virgin Islands in recent years because the Israeli settlers who managed the properties used offshore accounts and failed to pay corporate fees and taxes.

This finding appeared in a series of recent reports by Shomrim, an Israeli investigative news organization, following a massive leak of records from the secretive world of offshore financial services.

The leak, known as the Pandora Papers, was shared with Shomrim and some 150 other news outlets around the world. The roughly 600 journalists involved in the project have been publishing exposés on politicians and other public figures who hold bank accounts, real estate, and other property in jurisdictions that offer secrecy and tax benefits.

Of the people identified in the leak, 565 are Israeli citizens, according to Shomrim, which noted that it is not illegal to do business using offshore accounts. Offshore accounts can be advantageous for their holders in several ways, including, potentially, shielding their identities, reducing their tax liability and insulating them from legal requirements or consequences in their own countries.

Among those Israelis is Matityahu Dan, the head of Ateret Cohanim, an Israeli nonprofit dedicated to boosting the Jewish population of east Jerusalem by gaining control of homes in Palestinian neighborhoods.

Ateret Cohanim uses companies registered in the British Virgin Islands, according to Shomrim. One of those companies is called Philinest, and it reportedly controls two apartments in the Muslim Quarter of the Old City of Jerusalem on lease from an entity afflicted with the Jewish National Fund.

Ateret Cohanim’s treasurer, who was in charge of paying Philinest’s registration renewal fees, quit in 1998, and the person who replaced him failed to keep up the payments, Shomrim reported, citing a court deposition given by Dan.

As a result of the lapse, the British Virgin Islands canceled the company’s registration. Per local laws, the company’s assets eventually became the property of the islands’ government.

In 2010, Ateret Cohanim petitioned a local court to reinstate Philinest and in 2019, the court finally agreed, according to Shomrim.

Donhead, another British Virgin Islands company owned by Ateret Cohanim, had been leasing a plot of land in the Palestinian neighborhood of Silwan when its registration lapsed in 2010. The Israeli nonprofit sought to revive its claims but whether it succeeded is unknown, Shomrim reported.

At least a handful of other Israeli settler nonprofits also use the British Virgin Islands to manage real estate in east Jerusalem — and, similarly, several have had to try to claw back company registrations after failing to pay fees, according to Shomrim.

The report identified Humberstone Ventures S.A, which controls a piece of property adjacent to the Church of the Holy Sepulchre in the Old City, and another company called Beit Hanina Properties.