Aaron Feuerstein, ‘Mensch of Malden Mills’ who paid his workers even after his factory burned down, dies at 95 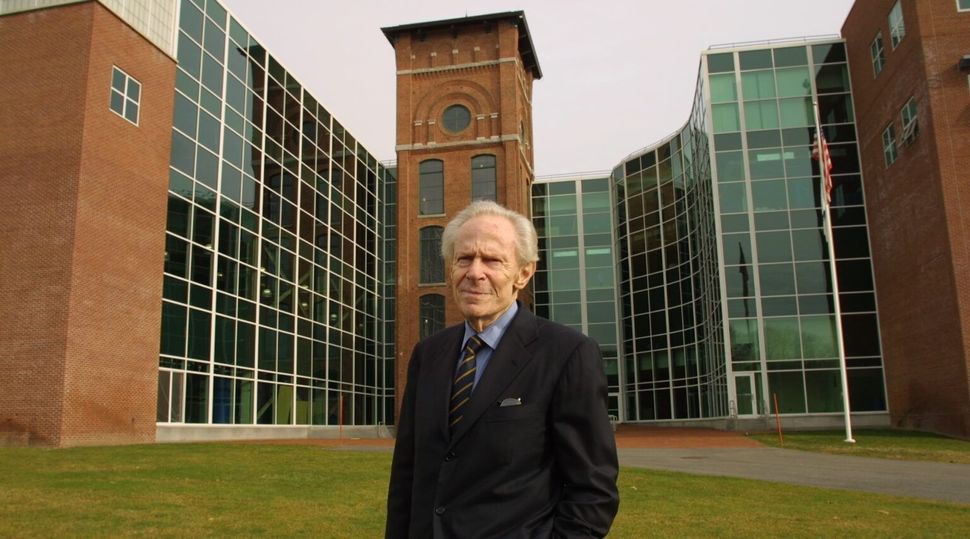 Aaron Feuerstein, a factory owner who was famously generous to his employees, died at 95 on Nov. 4, 2021. (Rick Friedman/Corbis via Getty Images)

(JTA) — Aaron Feuerstein, who became known as the “Mensch of Malden Mills” for continuing to pay his workers even after the textile factory he owned burned to the ground, died at 95 on Thursday.

The devout Orthodox businessman died at his home in Brookline, Massachusetts, after being injured in a fall several days earlier, The Boston Globe reported.

“He did not suffer,” Feuerstein’s son, Daniel Feuerstein, told Boston 25 News. “He lived a long, vibrant and exciting life. His community was everything to him; from his Jewish community in Brookline, and equally important was the manufacturing community in the Merrimack Valley [of Massachusetts].”

Malden Mills was a textile manufacturer in Lawrence, Massachusetts, best known for its line of synthetic fleece products called Polartec.

In December 1995, the company’s redbrick factory complex caught on fire, causing one of the largest blazes in Massachusetts history. Work for the factory’s 1,400 employees stopped but Feuerstein kept paying them.

At the time, the Globe quoted Feuerstein as saying, “I’m not throwing 3,000 people out of work two weeks before Christmas.” Feuerstein also explained after the fire that he was guided by Jewish tradition. “When all is moral chaos, this is the time for you to be a mensch,” he said.

Feuerstein’s grandfather, Henry Feuerstein, a Jewish immigrant from Hungary, founded Malden Mills in 1906, with grandson Aaron taking over in 1956. The company survived the fire of 1995, rebranded as Polartec, and stayed in the family’s hands until 2007. But by then the business had seen a downturn and Feuerstein took it into bankruptcy.

A private equity firm then bought the factory, shut down and moved the brand’s manufacturing to Tennessee. In 2019, industrial manufacturing company Milliken acquired Polartec.

A graduate of Yeshiva University, Feuerstein belonged to the Brookline congregation of Young Israel. Jewish teachings informed how he treated his workers.

“You are not permitted to oppress the working man, because he’s poor and he’s needy, amongst your brethren and amongst the non-Jew in your community,” he said on “60 Minutes” during an episode titled “The Mensch of Malden Hills” that aired in 2003.

Feuerstein’s wife Louise died in 2013. They are survived by their sons Daniel and Raphael and their daughter Joyce.

—
The post Aaron Feuerstein, ‘Mensch of Malden Mills’ who paid his workers even after his factory burned down, dies at 95 appeared first on Jewish Telegraphic Agency.

Aaron Feuerstein, ‘Mensch of Malden Mills’ who paid his workers even after his factory burned down, dies at 95