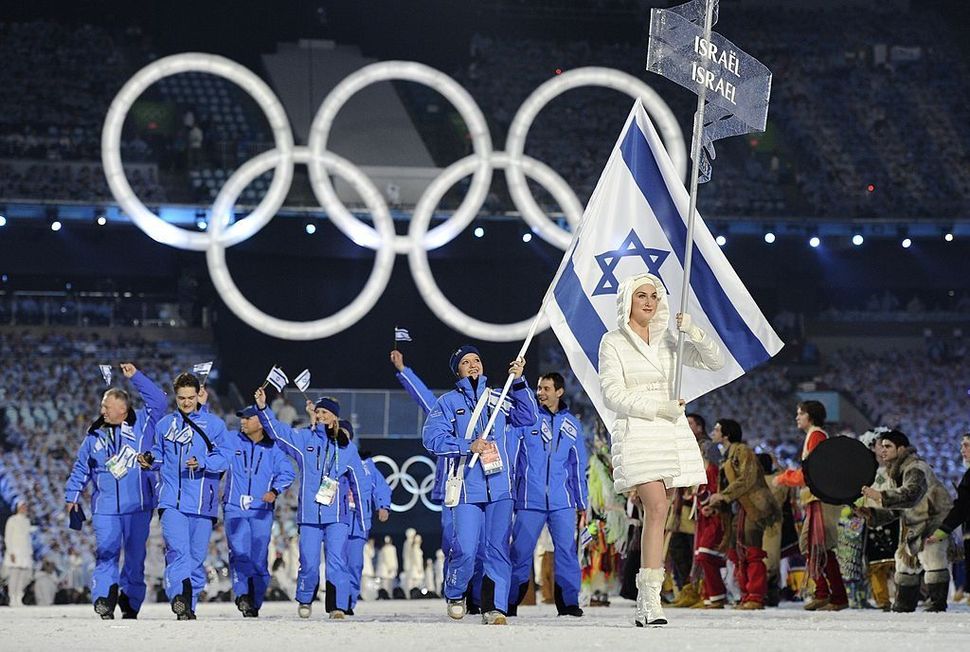 The Israeli delegation at the opening ceremonies of the Winter Olympics in Vancouver. (Getty Images)

(JTA) — Countries that bar athletes from other countries will not be allowed to host international sports championships, the International Olympic Committee said in a letter this week.

The statement followed the cancellation of the men’s squash world championship last month, which was set to be held in Malaysia Dec. 7, after the country refused to allow Israeli athletes to participate in the contest.

Israel and Malaysia do not maintain diplomatic relations and Israelis are barred from visiting the South Asian country. Malaysia’s former prime minister Mahathir Mohamad once said he was “glad to be labeled antisemitic.”

“We urge all [international federations] to be extremely vigilant when allocating and organizing international sports competitions,” leaders of the International Olympic Committee wrote in a letter, according to the Jerusalem Post.

The International Olympic Committee leaders said that international sports associations must receive written confirmation from countries hosting championship games that all countries will be allowed to participate and treated equally. Those countries that do not ensure equal participation will “exclude themselves from the right to host international sports events until all the necessary assurances can be obtained and respected.”