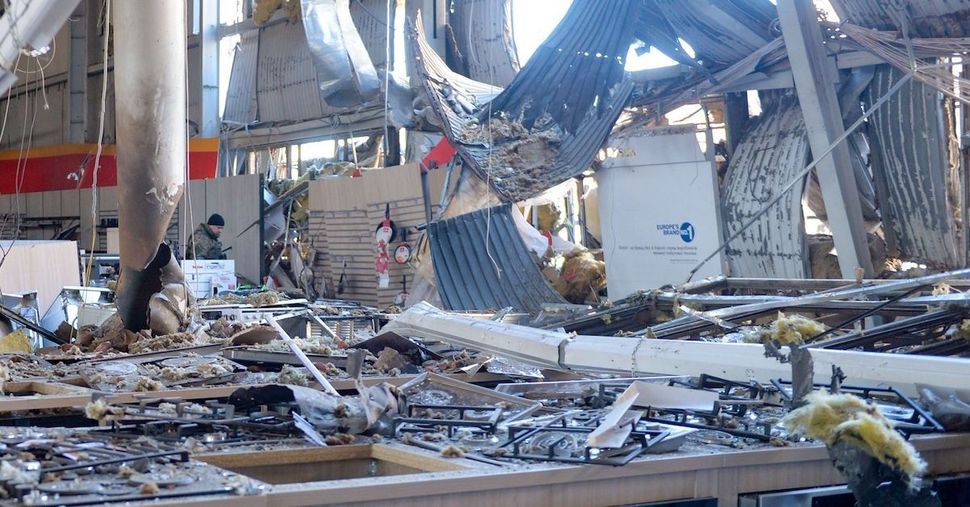 A view of a building destroyed by recent shelling in Kharkiv. By SERGEY BOBOK/Getty Images

A 96-year-old who survived imprisonment in four concentration camps during the Holocaust was killed by a Russian strike on Kharkiv on Friday.

Borys Romanchenko’s death was confirmed by the Buchenwald concentration camp memorial institute, with which he was deeply involved.

In a series of Russian-language tweets, the institute said that Romanchenko survived the camps at Buchenwald, Peenemünde, Dora and Bergen-Belsen during World War II.

According to an English translation, the institute wrote that Romanchenko worked “intensively on the memory of Nazi crimes and was vice-president of the Buchenwald-Dora International Committee.”

In 2012, Romanchenko attended an event reflecting on the liberation of Bunchenwald, one of the largest Nazi concentration camps. There, he spoke of a commitment to “creating a new world where peace and freedom reign.”

Romanchenko’s death comes a month before the 77th anniversary of Bunchenwald’s liberation by U.S. forces on April 11, 1945. A Kharkiv newspaper reporting on his visit to the camp for the 73rd anniversary said he was one of the last surviving prisoners from Ukraine.

The apartment block where he was living in Kharkiv was hit with rockets and missiles, his granddaughter told the institute. The northeastern Ukrainian city has withstood heavy Russian attacks since war began in late February.

Writing about Romanchenko’s death on his Telegram account, Andriy Yermak, head of the Office of the President of Ukraine, pointed out the discrepancy between the killing of a Holocaust survivor and the justifications used by Russia in pursuing the war. “This is what they call the ‘operation of denazification,’” Yermak wrote, according to CNN.