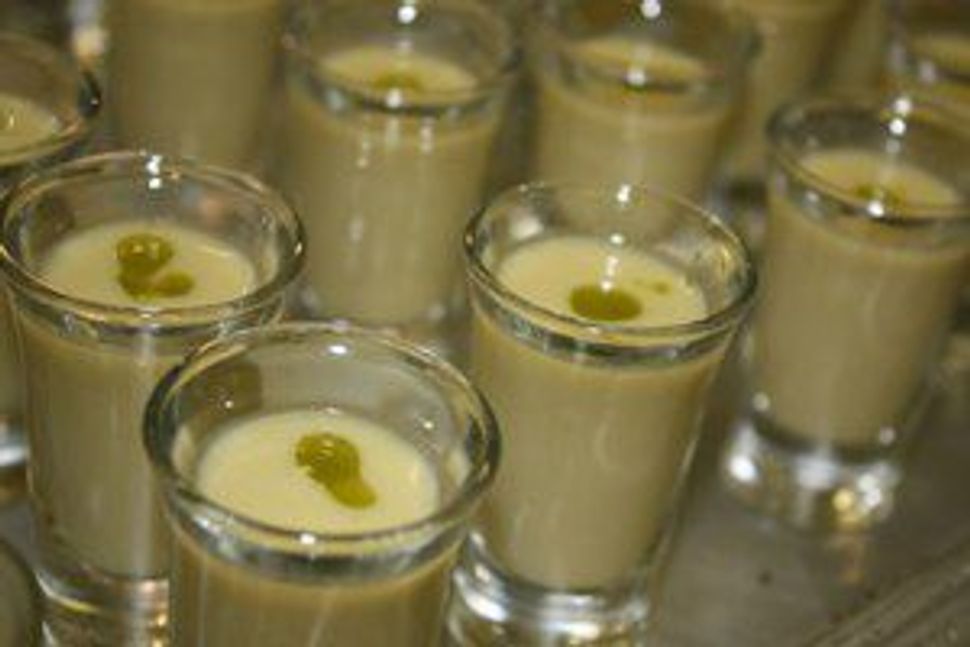 Native to the Mediterranean, Jews and artichokes have a long history together, dating back to the Talmud where Jews were given explicit permission to go through the extensive process of preparing an artichoke on festival days (BT Beitzah 34a). As the cultivation of artichokes spread throughout the Mediterranean, Sephardic Jews became infatuated with the vegetable, using it in countless recipes. According to Jewish food scholar Gil Marks, in Italy artichokes became known as “the Jewish vegetable,” partly because they were available and cheap in the Roman ghettos. While this nickname was originally derisive, fried Carciofi alla Giudia, Jewish Artichokes, is now a source of pride in Italy, especially in Rome where it is sold in restaurants that line the streets of the old ghetto.

We’re nearing the end of the artichoke season’s peak and while I know my CSA box here in Chicago won’t include this treat, the ever-lucky people of the west coast should have plenty of local artichokes to choose from.

This light artichoke soup distills all of the wonderful earthy flavors that make artichokes delicious. And it’s a touch healthier than our Italian predecessor’s take on the vegetable.

1) Heat oil in a medium saucepan over medium heat. Add leeks and garlic, and sauté 5 minutes, or until leeks are softened and translucent.

2) Add artichokes, thyme (wrapped in cheesecloth), and stock. Cover and bring to a boil. Reduce heat to medium-low and simmer, partially covered for 20-25 minutes until artichokes are very soft.

3) Remove thyme and blend soup in Vitamix or blender until smooth. Return to pot and stir in lemon juice, almond milk, salt, and pepper to taste.

Jessica Fisher knew she was a grown up when, at the age of nine, her mother let her help saute onions for dinner. While finishing up her undergraduate studies at Columbia and the Jewish Theological Seminary, Jessica remembered how much she loved sautéing onions, so she enrolled at the Natural Gourmet Institute where she became a certified Natural Foods chef. Jessica now lives and works in Chicago and founded Dinner Around the Table, a non-profit organization aimed at teaching Jewish families how to cook and enjoy food together around the dinner table. You can find her tweeting about all things food, health, and Judaism @JessicaAFisher.