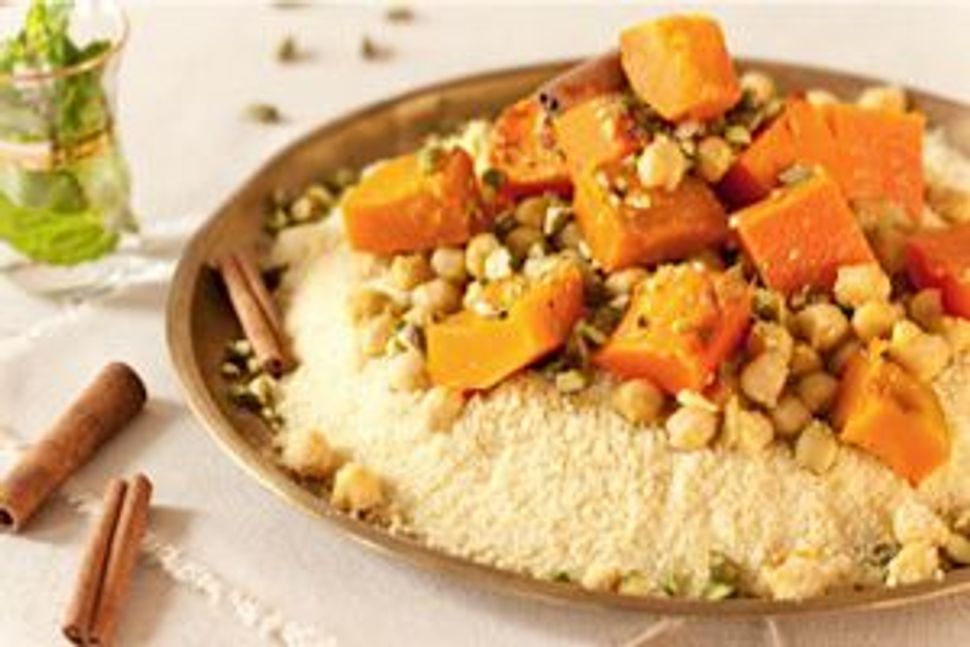 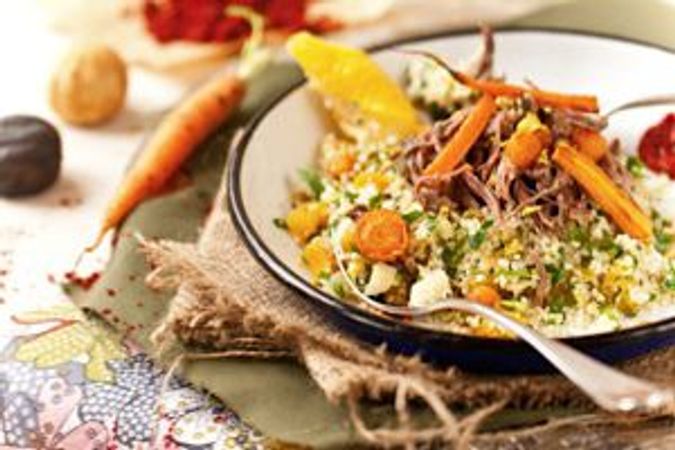 For those of us who weren’t lucky enough to attend Brooklyn’s uber food fair Smorgasburg last weekend — or anyone who just couldn’t take the crowds, we don’t blame you — allow me to introduce you to New York’s newest Jewish food artisan: NYShuk. The husband-and-wife kitchen team debuted their menu of Middle Eastern specialties like couscous with chickpea-and-short-rib stew, raisins, and chopped herbs; beet salad with lemon yogurt and walnuts; hot spiced mint tea; and the rose-scented semolina cake known as ‘shamishi’.

Ron grew up in a Moroccan-Lebanese Jewish home before attending culinary school in France and working under star chefs like Yuhi Fujinaga and Susur Lee; pastry chef Leetal, whose family claims Eastern European and Turkish roots, has continued to cook while managing a busy career as a food stylist. 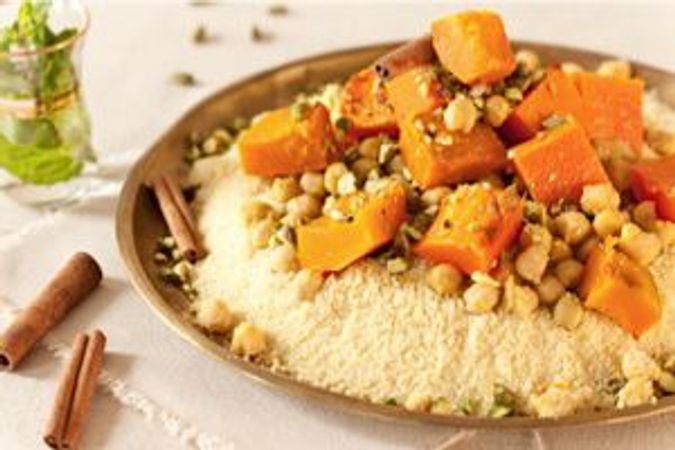 On Friday, May 17, the Arazis will share their secrets at a Middle Eastern Shabbat Supper hosted by Haven’s Kitchen, the Chelsea “recreational cooking school.” On tap: Demonstrations of hand-rolled couscous, tanzeya (a dried-fruit-and-nut stew served with slow-roasted lamb) and Middle Eastern salads. The class will be “hands-on,” Leetal Arazi tells the Forward: “We might just demonstrate how to make a dish or two, but we are hoping for everybody to be involved in the making of each dish.” And certainly everyone will enjoy the dish at the dinner to follow.

The Forward caught up with Leetal Arazi to hear about what she calls “the art of couscous,” the proliferation of hummus and falafel joins and what it takes to modernize a classic dish well.

How did you meet? And where did the idea for the business come from?

We were both working in Israel, in a restaurant. Leetal was on one side of the glass wall, working in the pastry department and I was on the other side on the meat station. I guess the rest is history.

Last November we moved to New York, we were feeling that Middle Eastern and North African cuisines are not being showcased here in the best of ways, so we decided it’s time to take the food we grew up with and share it with the world.

Your web site refers to “the art of couscous.” Couscous seems pretty straightforward; is there actually an art to it?

For us, couscous is craftsmanship. It is a labor-intensive process. Unfortunately, the art of couscous was lost to the processed instant supermarket couscous.

Would you agree that you’re modernizing traditional dishes?

I am not sure the word ‘modernizing’ is the right word to describe our food. We cook traditional food, and we just add our own point of view to it. People associate ‘modern’ food with molecular gastronomy, which is something very far from us.

For our class at Haven’s Kitchen we choose to focus on our most traditional [Middle Eastern-Jewish] staple dishes; hand-rolled couscous, roasted lamb and “Tanzya”, which is a dried fruit dish with caramelized onions and almonds; ‘Slada de chizo’ -spicy carrot salad, ‘Tabbouleh’ salad with chopped walnuts and roasted beets and ‘Matisa Mashweeya’ -chopped roasted tomatoes and chili salsa.

We are going to teach the process, technique and flavor profile of each dish and how people can easily adopt them to their daily menu.

Your web site also makes strong links between cuisine and community. Can you talk about that part of the NYShuk philosophy?

“Shuk” means market in Hebrew. For us the market is the core basis of a united community, a place for local culture and commerce to come together. With every journey we take, it is the market foods of our community that travels with us.

Middle Eastern food is a New York staple; you can buy hummus in delis and falafel on every corner. What’s your opinion of “massified” Middle Eastern/Jewish food?

“Massified” food means more people are aware that such foods even exist, and that is always a good thing. Saying that, “Massified” food is not always executed in the best of ways, so people don’t really know how hummus, falafel or couscous should really taste like.

You’ve talked about Ashkenazi and Sephardic influences in your life and food. Which emerges strongest in your NYShuk preparations?

While both the Ashkenazi and Sephardic sides are part of my identity, growing up I lived with my Turkish grandma, who taught me the best of Middle Eastern cooking so that early starting point in the realm of cooking and baking is what mostly affected what I try to bring to NYShuk.

Can you describe the perfect couscous?

Nothing beats hand-rolled couscous fresh out of a couscoussier.