The Making of ‘Streit’s: Matzo and the American Dream’ 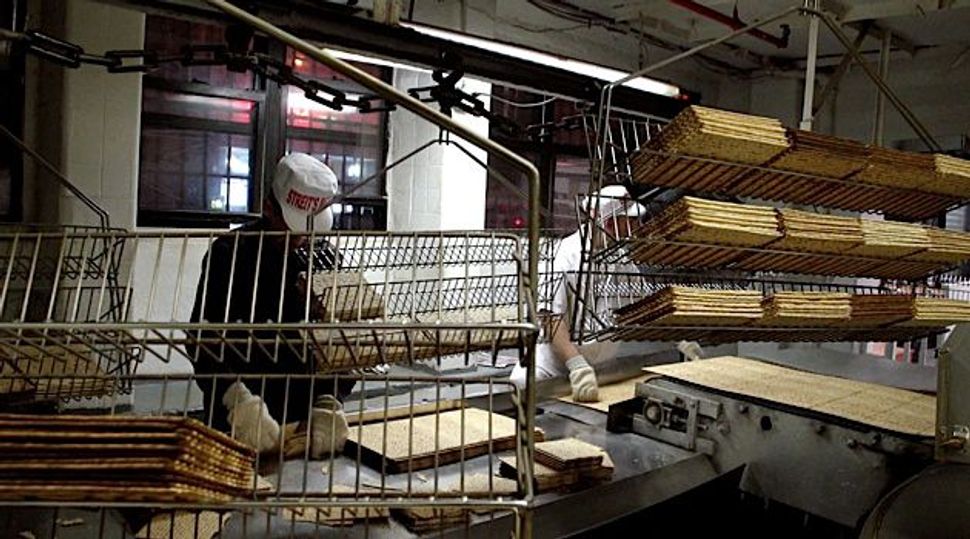 Just in time for Passover, a mouth-watering, new documentary about America’s last family-owned matzo factory might be released — if it gets a little more help from its friends.

Director Michael Levine and producer Michael Green recently completed the production of “Streit’s: Matzo and the American Dream” after they raised almost $65,000 through a Kickstarter campaign last year. Now, they’re looking to raise another $20,000 on their website to cover costs for licensing, marketing and access to film festivals.

“We’ve set our sights high,” director Levine wrote in a post published on Bowery Boogie last Friday. “The Tribeca Film Festival would be an absolute dream for us for obvious reasons. It’s an amazing festival, especially for a New York-based documentary … and it just so happens to take place during Passover this year.”

An eight-minute trailer and a clip specially provided to the Forward (which also plays a tiny role in the film) give a glimpse of the feature-length documentary and show the matzo factory in the face of a rapidly gentrifying neighborhood, the Lower East Side.

“There’s such an amazing visual history of the Lower East Side,” Levine told the Forward. “We did a lot of research to find things people haven’t seen before.” Which is why the filmmakers also need additional funds to acquire the rights to use this archival footage.

Levine said he had passed Streit’s, which is located on Rivington Street, many times without knowing it was there, until he decided to take a closer look at the storefront. What happened next came unexpectedly: One of the employees “pulled out matzo from the oven and handed it to me from window.” Levine was invited for a tour of the factory, which has remained largely unchanged since it moved to this location in 1925.

“I didn’t know the family story, but I just immediately knew there had to be a story there,” Levine, who then teamed up with producer Michael Green, said.

Streit’s roughly 80 employees — many of whom have been there for decades — currently produce about 40% of the nation’s matzo. Levine added that the sense of family, both between the co-owners, who are the grandchildren and great-grandchildren of founder Aron Streit, and between factory’s employees, impressed him. “Everyone really takes care of each other,” he said. “They really feel like a big extended family.”

The Making of ‘Streit’s: Matzo and the American Dream’