Behind the Scenes of the JCC’s New Cookbook 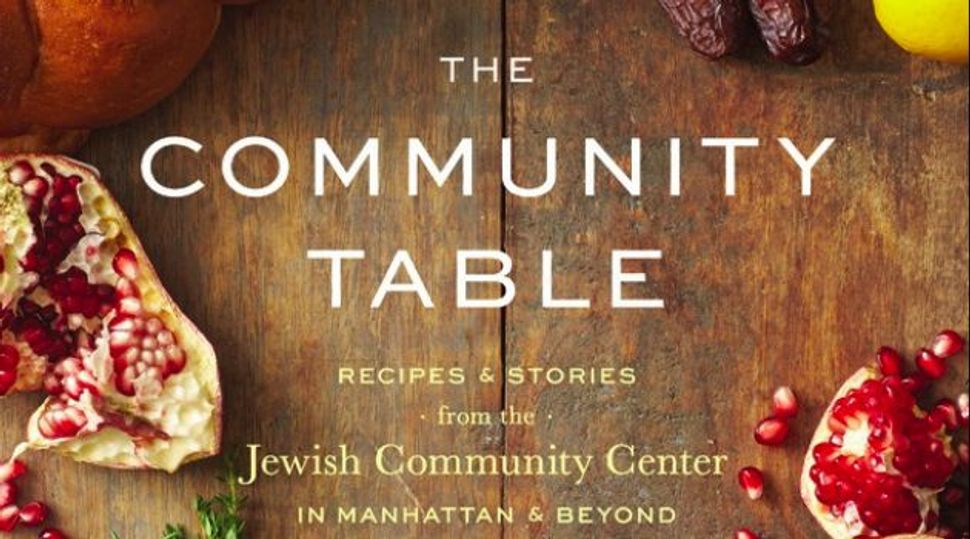 I enjoy asking cookbook authors about what inspired their work. A cookbook so often has a personal story attached to it, one that unfolds through the food within its pages. Maybe the author was motivated by a desire to share the flavors of a birthplace or childhood, or of a region of particular fascination. Maybe it’s an attempt to capture a period of time through its culinary history, or a way to tell the story of how times have changed.

Then there are community cookbooks, compiled by organizations such as synagogues, junior leagues, even small towns. These books tell a different kind of story, about the way a particular locality cooked and ate at a given moment in time.

But what if the community in question is the Jewish community, and the cookbook is “The Community Table: Recipes & Stories from the Jewish Community Center in Manhattan and Beyond”? That’s a pretty broadly defined community, isn’t it? And what if the authors of the book are three women with three distinctly different Jewish backgrounds — one raised reform, one Conservative and one Orthodox.

I caught up with Joy Levitt, executive director of JCC Manhattan, right before Passover, as she was preparing a Seder-themed salad from the book. Over the course of our conversation, Levitt explained the way she went from wondering how to make the cookbook project go away to falling deeply in love with the end result. She also shed light on why this book is such a perfect representation of the Jewish Community Center and its members. Our conversation follows.

I hear this cookbook comes with a funny backstory. Would you share it?

Yes. Judy Bernstein Bunzi was the co-chair of our 10th-anniversary planning committee. That was 4 years ago. JCC Manhattan was thinking about how to celebrate this anniversary, and Judy said, ‘Let’s do a cookbook.’ I have to tell you that I inwardly groaned. I thought to myself, ‘I have to do everything I can to kill this idea!’ I had scenes of synagogue cookbooks dancing before my eyes — tarragon chicken and the Kraft French dressing with the cranberry sauce. I think that those synagogue cookbooks were fabulous community projects and there’s always a gem or two in them, but I didn’t see how that was going to celebrate the 10th anniversary of JCC Manhattan.

But it turns out that I severely underestimated Judy and her partners. Judy is a serious organic gardener. She partnered with Katja Goldman, who every Friday makes many challahs, which she delivers to people in the neighborhood who’ve maybe just lost a parent or are celebrating a bris. At Rosh Hashanna she may make 100 challahs. And she called Lisa Rotmil, and before I knew it, I said, ‘Go ahead.’ And then I ignored the whole thing. I just thought it would go away. My mother is actually sitting with me here — we’re making the karpas salad from the cookbook — and her theory of life is ‘denial isn’t just a river in Egypt.’ I was denying. Then they started calling me with questions and demands. I run a pretty big institution, so I couldn’t get myself involved. I’m a serious cook. I have people for Shabbat once or twice a month. But I assigned a staff person to them and I love these women, but I needed them out of my hair. (You can quote me on that.)

Then they hired a photographer, and I authorized the expenditure of a little money — I really thought we’d end up self-publishing the book, and then I got the photographs and it was magnificent, just magnificent. They were treating this so seriously. They tested every recipe three times. Katja is a Conservative Jew and Lisa comes from an Orthodox background and Judy is Reform. They really represented a kind of diversity in the Jewish community, and they were duking it out with these recipes. They wanted a cookbook that reflected the way Jews cook today, with more focus on health and wellness; more focus on international flavor, and the next thing I know it has been bought by Hachette! It was one more in a series of moments in which it turns out that I’m not always right.

So in what way does a cookbook represent the JCC itself?

The truth is, the strength of JCC is in the fact that we have a muscle of listening to our community. And I think in some ways this cookbook is a real measure of that. The chef-authors believed that it wasn’t just about food. It was how to say what the JCC is really about. When you eat one ingredient, it’s delicious, but when you put it together with other ingredients, it’s spectacular. And that’s a metaphor for community.

When we come together in that building, the sum of our parts is larger than any one of us. So we collected amazing stories, not just from our JCC, but from JCCs across the country. The chef-authors were insistent and consistent about bringing this back to the JCC and about how food brings us together.

This book feels very well timed to a real moment that seems to be taking place right now in Jewish food.

I think Jews have always taken the best of the cultures in which they find themselves and incorporated it within their own traditional practices. So in that way it isn’t anything new. But we’ve all been traveling a lot more, so we’ve had the opportunity to taste foods in places like Sri Lanka that my grandmother couldn’t image. So we have Sri Lanken matzo brie in the cookbook.

There’s an understanding that Jews have always looked to the outside culture to renew our own traditions and keep them fresh, while at the same time keeping those traditions. You’re not going to have a Seder without matzo balls, but maybe you’re going to put cilantro in them.

Broadly, there is an explosion of interest in what we eat now, some of that is related to health and some is related to environmental concerns. Local food is better for health and for the environment. Those are Jewish values. It’s not just a 20th-century obsession, it’s a deep Jewish practice, and this cookbook reflects those values of care of the body and environmental sustainability alongside community.

I am in love with the project. It went from ‘How can I make this go away?’ to buying 100s of copies for myself. I’m bringing this book to friends instead of a bottle of wine when I go to dinners. And I’ve been cooking with it for a year. As soon as the galleys came out I started cooking from it.

What would you say is the balance between traditional and modern in the book?

The hope was to create a cookbook that could be used by everybody. There’s nothing in this cookbook that anybody couldn’t use, regardless of where they sit, Jewish, non-Jewish, everybody. They took some traditional recipes, so for instance there’s a brisket, but it’s with a Southwest flair. They built on the traditions of very prominent Jewish cookbook writers like Joan Nathan and Helen Nash and Yotam Ottolenghi. So all of those influences are in the book, but it’s really their voice, as serious home cooks. And in some ways that’s what makes this book so unique: that these are serious home cooks who have devoted themselves largely to feeding their own family and friends. It’s as professional as any cookbook you’ll find, but at the end of the day, these are three women who cook all the time for their families and their friends.

When I called you, you said you were in the process of preparing the karpas salad recipe from the book for your own Passover. Tell me about that.

My husband, Michael Strassfeld, and I wrote a Haggadah several years ago called ‘A Night of Questions.’ In that Haggadah we recommended that at the moment in the Seder in which karpas is dipped — the parsley is dipped in salt water — this is the time to bring out hors d’oeuvres, because this is a reflection of the rabbi borrowing from the Roman banquet. (For the rabbis, freedom was represented by the lavish Roman banquet.) So at the Seder, their would be hors d’oeuvres. You can dip parsley, but you can also dip crudité in guacamole.

The beauty of doing that is you buy another half hour where you can do more Seder and people aren’t starving. So we encourage people to bring out foods that represent springtime, which is what parsley represents in the Seder. So this year, in addition to the parsley dipped in the salt water, I’m serving the karpas salad, because it’s got parsley and chive and arugula and dates and this beautiful pomegranate that brightens the whole table. So I get another 40 minutes of conversation and Seder before I bring out that gefilte fish.

Behind the Scenes of the JCC’s New Cookbook