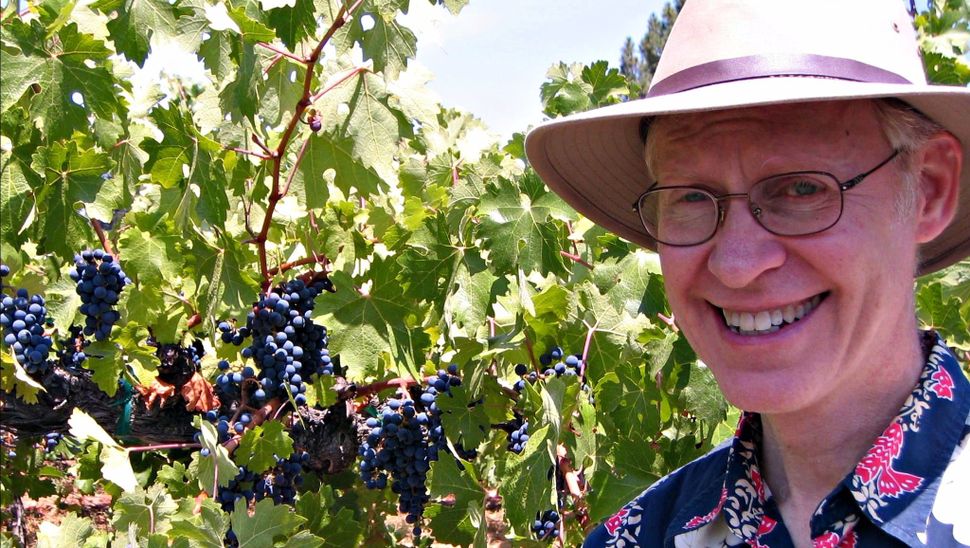 Image by Courtesy of Jon Greenberg

Biblical ethnobotanist Jon Greenberg (above) says that beer and wine both have a very significant background in Jewish tradition.

It may not have quite the same drama as the crisis Queen Esther faced centuries ago, but for many of us, Purim raises a major conflict.

Call it the battle of the booze.

On the festival of debauchery, when we are urged to get so tipsy we can’t differentiate between the story’s hero and villain, do we raise a glass of merlot or throw back a Budweiser?

This barroom brawl between the oenophiles and the hopheads symbolizes a culture war that has shaped Jewish history. Or at least that’s the view of Jon Greenberg, a biblical ethnobotanist from New Jersey.

“Beer and wine both have a very significant background,” said Greenberg, who lectures widely about the role of nature in Jewish tradition. Beer, which dates back to ancient Mesopotamia, is among the world’s oldest man-made beverages. Some archeologists credit the libation as the impetus for agricultural production and an array of farming inventions, including the wheel and plow.

In Egypt, beer was an essential aspect of the cultural and religious heritage. “Beer was important nutritionally, socially and religiously in pharaonic Egypt, so refraining from beer during Passover makes a critical statement,” Greenberg said.

Wine, which is gulped down on major Jewish holidays and lifecycle events, is an integral part of Jewish culture. The Bible and Talmud are replete with references to this king of beverages. And what self respecting Kiddush club hasn’t made a l_’chaim_ over a bottle of syrupy-sweet Manischewitz (perhaps before moving on to other libations)?

Some attribute the age-old tradition of getting soused on Purim to the fact that wine was a major player in the Megillah. It was because of King Ahashverosh’s wine party that Queen Vashti was beheaded and Esther eventually crowned. Queen Esther’s subsequent wine party, at which she pulled out all the corks for Haman and Ahasuerus, concluded with the Jews triumphing over evil, and with Haman hanging out to dry.

Of course, not all the sages agree that one should drink, drink and be merry on Purim. There are talmudic disagreements about how much one should drink or whether one should drink at all to celebrate the holiday. Although the Talmud says one should drink on Purim until one cannot distinguish between “cursed is Haman and blessed is Mordechai,” there is some obvious ambivalence on the part of the sages about drinking, Greenberg said, adding that it is forbidden to become intoxicated.

“The mainline view is that moderation is the key. We want to celebrate with our dignity intact, like Mordechai, not like a drunken Ahasuerus.” The Bible is overflowing with warnings of what happens to well-intentioned people who overindulge — think Noah, Lot and Aaron’s two sons.

Greenberg, who quenches his own thirst with dry wine and fruit-flavored beers, admits that wine is more haimish, or homey, than the foamy stuff. “Beer has always been considered more goyish,” he said, pointing out that wine is considered by observant Jews to be the preferred beverage for Kiddush and Havdalah, even when beer could be an acceptable substitute.

Many experts agree that Jews tend to be the people of the vine rather than of the barley. “There are definitely not enough Jews drinking enough beer,” said Jeremy Cowan, founder of Shmaltz Brewing Company in Clifton Park, New York, which makes He’Brew gourmet kosher beer. Fortunately, he has acquired a mass of fans outside of the tribe, who appreciate his company’s Jewish-themed craft beers.

Cowan said he’s gratified when Jewish customers tell him they were so excited to see a beer of their own that they purchased a six-pack and lugged it home. “But then they’ll say, `I still have it on my shelf.’ I tell them you’re supposed to keep it in your refrigerator, drink it up and then buy another so I can stay in business,” he said, laughing.

But Mendel Ungar, co-owner of FillerUp Kosher Wines in Teaneck, New Jersey, said that his Jewish customers are equal-opportunity imbibers when it comes to beer and wine. “It depends on the occasion,” he said. “For Shabbat, holidays and weddings they go with wine. On Super Bowl Sunday and for summer barbecues, they want beer.”

Not only is beer the most widely consumed and oldest alcoholic beverage, it is also steeped in Jewish history, replete with talmudic references. One talmudic sage, Rav Papa of Babylonia, was a beer-making expert who became quite wealthy from his beer-making business.

“In the Talmud beer is referred to as chamra d’medina, literally, the alcoholic drink of the capitol, referring to Rome,” Greenberg said. The Talmud also discusses a date beer, he said, which was created by fermenting a water extract from dates. This was not as popular as traditional beer or wine for good reason: “It is mentioned mostly about how sick people got after drinking it.”

Because of its simple natural ingredients, beer is almost always kosher, even without kosher certification. But many companies, like Shmaltz, insist on getting the kosher stamp of approval anyway.

Jews have historically been active in the beer business and they’ve been brewing beer from Persia to Europe and in America. In fact, one of the largest breweries was Rheingold, located in New York and founded in 1883 by the German Jew Samuel Liebmann.

Greenberg theorizes that beer had its beginnings before people grew crops, and may have been made by cooking wild seeds. The cook would make a soup out of the leftovers, which was a gruel of wild grasses. If the gruel was thick, it could be put it back into the fire and made into bread. If it was watery, the soup would ferment into beer. This discovery led a greater urgency to grow and collect more grain, Greenberg said.

For all its popularity, the intoxicating drink had one drawback: It was not portable. It was brewed in big open containers and nomads could not bring it on their travels because the jugs would lose the carbonation.

Nomads, on the other hand — such as Jews whose livelihoods were in the pasture — drank wine. “Beer could not be contained; wine was portable. You poured it into a jug and put it on a camel,” said Greenberg.

So wine had the advantage of containing both alcohol and nutrients, and it could be transported from place to place easily. Thus the two beverages came to represent the differences between the nomadic and the more settled cultures and they also grew to symbolize the differences in religion.

In the past few decades, consumers have been gravitating towards lighter wines as the selection of good kosher wine has expanded, observed Jay Buchsbaum, vice president of marketing and director of wine education at Royal Wine Corp. The trend these days seems to be white, fruity wines that are lower in alcohol and sugar than the traditional wines, he said. “Purim is an all-day food and drink fest, so you need a lighter wine,” Buchsbaum said.

Forty years ago, all they had was the sweet, heavy Kiddush wine, which was all sugar. As for beer, Buchsbaum said: “It’s not much of a Jewish thing. In kosher stores that sell beer, it’s always stuck in a corner somewhere. It’s never out in front.”