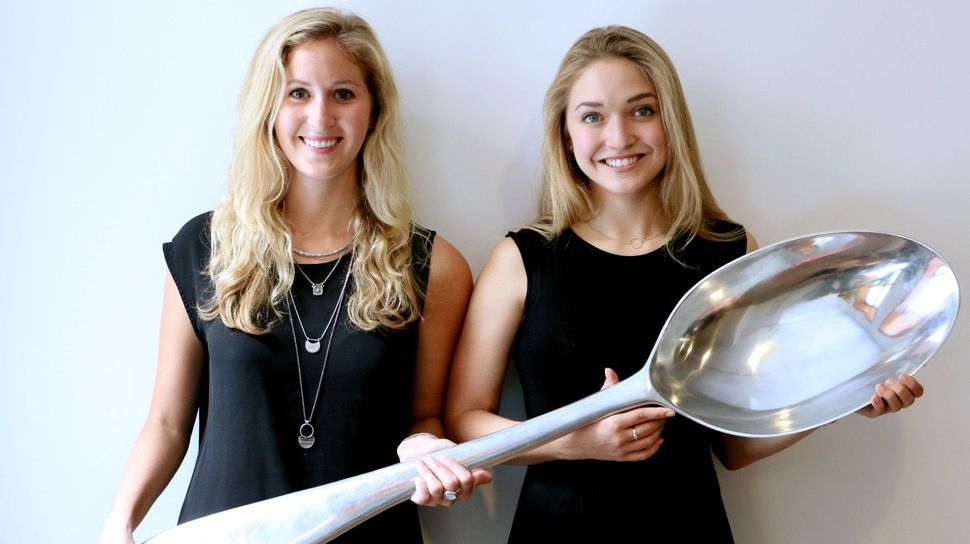 As college students across the country head back to campus this month, it’s a good moment to step back and consider the value of that very expensive education.

Like many millennials raised by loving parents who valued their child’s happiness above pragmatic concerns like career development, I was told when I started college to take classes that intrigued me, to “study what I loved.” I ended up a philosophy major, and when I started my first 9-to-5, I had to learn most of the necessary skills while on the job.

And I’m not alone: Lots of 20-somethings receive zero career training while in college. Almost all my friends went on to graduate school or enrolled in coding academies in the hopes of getting a high-paying job. But shouldn’t we be teaching these skills to undergraduates?

A young startup media company called Spoon University is a product of the shared millennial view that college left us all fairly ill-prepared for the working world.

Its founders, 26 year-olds Mackenzie Barth (CEO) and Sarah Adler (chief technical offer), share this view, and have turned it into a promising new company.

Barth and Adler met as roommates at Northwestern University, where they came up with an idea to launch a student-run publication focused on food. By their senior year, Barth and Adler had over 100 students on board and many local advertisers, and they knew they were on to something with potential way beyond a college club.

“That’s when we decided not to get real jobs after graduation and to pursue Spoon University full time instead,” Adler said. Interestingly, while their families were supportive, friends thought they were crazy, perhaps because young people often feel pressured to jumpstart a “traditional” career right after college, and are skeptical of those who try something risky.

Barth and Adler chose the path less taken. They participated in the Techstar Accelerator program in New York, a three-month incubator for aspiring tech entrepreneurs that matches them with mentors. “That was the first time we had anyone believe in us,” Adler said. As the process of raising seed-funding began, the founders were told that if their website received more than 1 million unique visitors, they would see interest from funders. They more than doubled that number by the deadline, piquing the interest of investors, who put in $2 million. “It was a far quicker task than it would have been through other circumstances, so we were lucky,” Adler said.

Now the company has grown to include full-time employees, including editors who manage the college content creators and help them develop necessary skills for a career in digital media. There are now 11,500 contributors across 300 chapters in the United States, Canada, India and Europe, and the company was acquired by the Food Network and Scripps this past spring. Spoon University is on track to continue its growth as the new school year begins, with 30% growth since the beginning of the year. Next year, it will pivot toward increased video content. “Video is a really great way for people to make content that’s engaging,” Adler said. “It’s what our contributors want.”

Why the focus on food, you might be wondering. While it’s possible that the founders, with three Jewish grandparents between them, value food as much as the next Jew, foodie culture has blown up in the past few years for millennials in general. Aided by blogging platforms and social media, chefs have become celebrities and home cooks have become millionaires just from sharing photos of their creations online. Adler and Barth watched this phenomenon explode around them. But for them, food has always been about community. “When Kenzie and I were in college, food was a luxury we could afford. We’d make dinner plans around potlucks, try new restaurants. It was a big part of our friendships.”

When students first hear about Spoon University and decide they want to get involved, they either get in touch with an existing chapter at their university or launch a brand-new branch. Students then undergo what Spoon University appropriately calls its “secret sauce” training, learning a full range of digital skills, including social media marketing, SEO, headline writing and more. Chapter leaders learn management techniques for motivating staff. After they finish training, they get access to a full toolkit and analytics to help measure the success of their articles.

The goal is educational, offering students the opportunity to learn skills that classrooms often ignore. “I don’t wanna hate on journalism school, but it was a lot of theoretical knowledge,” Adler said. “Institutions can’t keep up with new digital skills.”

Giving college students the chance to explore journalism beyond their university newspapers is not a novel idea. HerCampus has been doing it for years with female writers. What’s unique about Spoon University’s model is that rather than paying content creators, much like a fraternity or sorority their writers pay membership fees to join.

Some might say it’s a form of free labor, but Barth and Adler see participation in Spoon University as a kind of supplementary education. “Every single contributor is a customer, not an employee. They pay us so we can spend an inordinate amount of time investing in them and their personal goals. People on our team are paid specifically for those purposes.”

In a publishing market ever increasing in competition, they don’t see themselves as another content farm competing for clicks and shares. “Our goal isn’t to be like any other media company. We invest in people who want to create relevant content to share with their friends,” Adler said. She says they’ve considered paying creators, but it’s not for them: “When you start compensating people for a few dollars per article, they become underpaid employees.”

The founders are also conscious of the fact that their model could potentially be a career booster for only the privileged students who can afford to pay their fees. “It’s a big focus for us. Creating a system for people with less access to our program is huge. Sometimes even $15 is a huge hurdle for contributors. We do sometimes waive those fees — we don’t want that to be prohibitive.”

After talking to Adler for a few minutes, I got the feeling that she and Barth have thought of everything. With two savvy young entrepreneurs at the helm of a huge and growing network of creative young people who are taking their education into their own hands, traditional universities should be wary: Spoon University is cooking up some competition to the traditional routes of learning.

Liz Posner is a NYC-based editor and writer, who focuses on feminism, education, religion, innovation and lifestyle for Forbes.com, BUST, Bustle, Refinery29, The Times of Israel, and elsewhere. Follow her at @elizpos