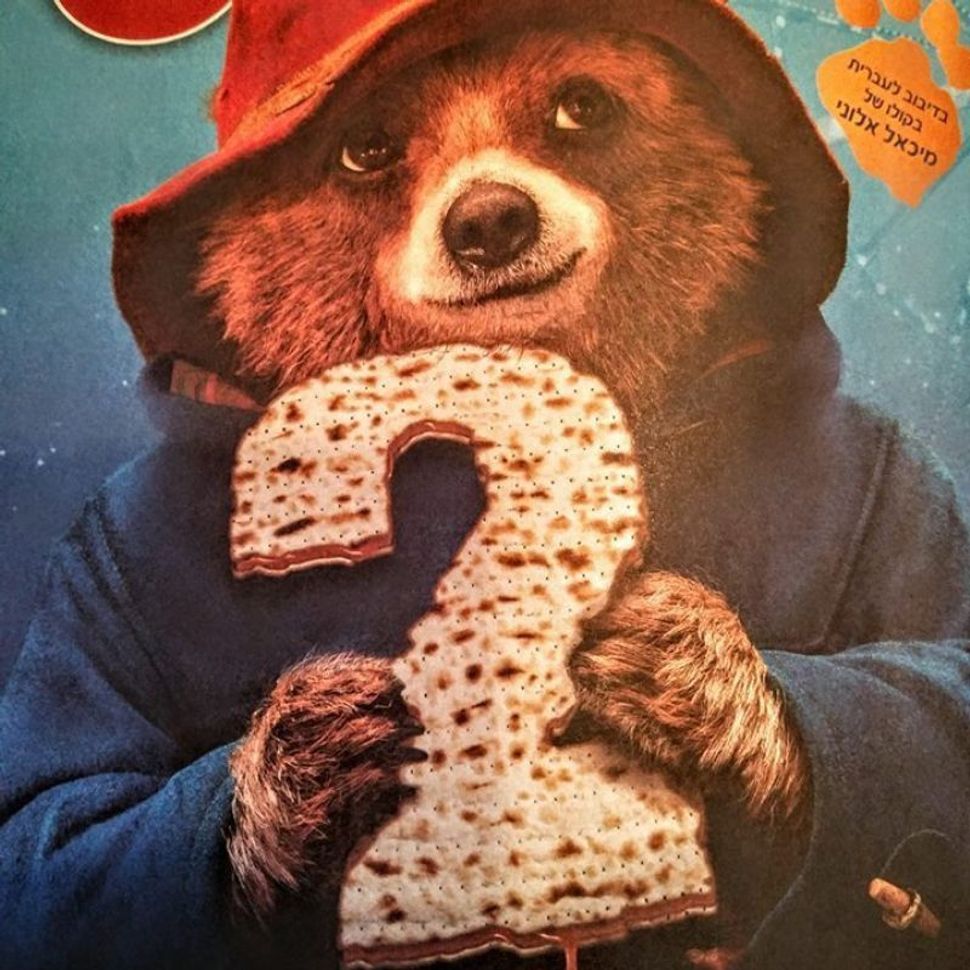 The anthropomorphised spectacled bear who delighted generations of British children is now coming to Israel, just in time for Passover break, and is putting marmalade aside for…matzo.

Israel’s got a bit of a weird relationship with Paddington. Nechama Rivlin, wife of Israeli President Reuven Rivlin and lifelong Paddington enthusiast, is getting on the action, playing a voice-over role in the Hebrew dubbing of the film.

But there’s a ban on bread in Israel from March 30 to April 7 this year, because of Passover, making Paddington’s beloved marmalade sandwiches verboten. So what’s a beloved children’s entertainer to do?

Movie posters in religious areas of Israel showed Paddington holding a piece of matzo. Oron Shamir, writing in Haaretz, wondered if this is “religious coercion” and “religionization” — indeed, is this censorship or a cute, country-specific nod to the local traditions?

After all, this isn’t the first time that film releases in Israel involved some adaptation — last year, the female Smurfettes from ‘Smurfs: The Lost Village’ were removed from posters hanging in religious neighborhoods.

But Disney-Pixar is known for its attention to detail when it comes to adapting movies for an international audience. Is this just another case of judicious audience engagement, or is Paddington’s identity being re-defined to merit a glatt kosher stamp?