The Rise Of The Low-Alcohol ‘Session Cocktail’ 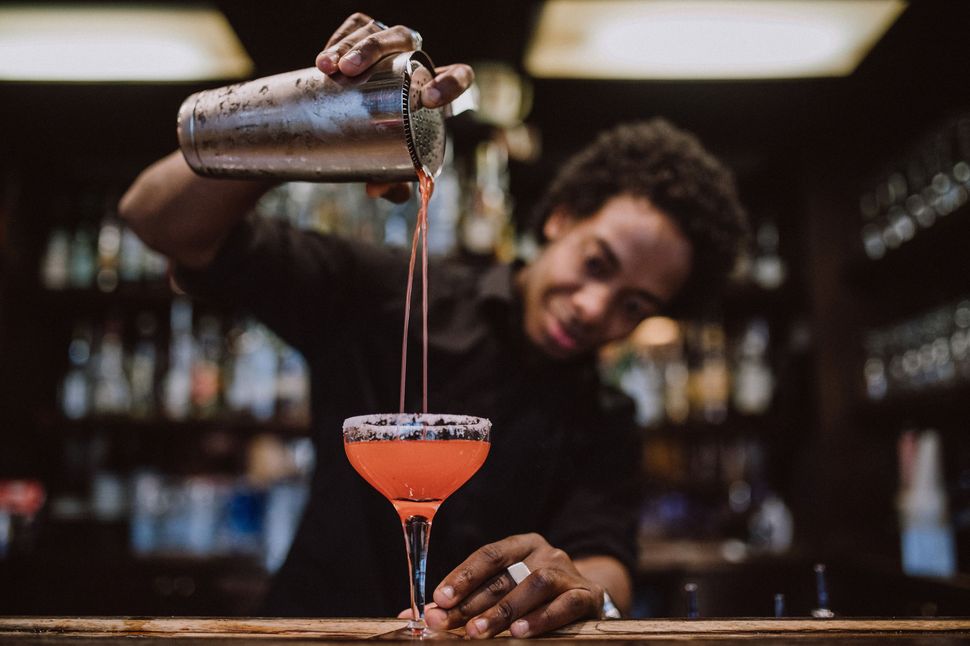 Love cocktails but don’t love falling asleep after drinking one? Maybe its time to start screening your drink of choice for ‘sessionability,’ a drinking term which means the alcohol content is low enough for you to imbibe for an extended amount of time without getting too soused.

There’s no industry standard template for a session cocktail, and author Drew Lazor, who wrote the book on “Session Cocktails” (literally) with the editors of PUNCH, doesn’t think there ever will be. But for the purposes of his book, he chose to define a session cocktail as a cocktail with no more than three-fourths of an ounce of a strong spirit. “You’re not sacrificing flavor, it’s not watered down,” he told me over the phone. “Absolutely everyone we talked to, and there are sixty bartenders in the book, was excited about this creative challenge.”

The shared vernacular between bartenders and patrons is one that has inspired many a song. An Old Fashioned? A Moscow Mule? A Manhattan? For the unitiated, this is gibberish. For the sophisticated drinker, this is part of a shared lingo. Now bartenders, as the gatekeepers of these mysterious ingredients and additives, are seeking to add to that lingo. “Bartenders are arming bar patrons with that vocabulary,” Lazor says. Is “I’ll have a cocktail and make it a session” something you’ll be hearing a lot in bars in the future? Lazor thinks so.

“Bartenders are not just there to get the customer sloshed,” Lazor told me. “They’re being more mindful behind the bar and that mindfulness stretches to the customer too.”

One of Lazor’s favorite session cocktails is an Old Hickory – just sweet and dry vermouth with two different kinds of bitters. It’s easy to make and big on flavor without knocking him off his feet.

“It’s become more normal and accepted and encouraged in 2018 to think about what you’re drinking and be more conscientious with it,” he says. “More and more people are aware of their consumption.”

Drinking is practically a competitive American sport, played by everyone from Wall Street bankers to college freshmen. There’s a very American tendency to associate the value of a drink with its strength. “I paid 13$ for this cocktail, so it better get me wasted!” is something bartenders hear a lot. But all that is changing.

The American desire to drink to get drunk is fading, and in its place is a desire to drink to appreciate complex, subtle flavors, to enhance convivial conversations with a pinch of liquid courage, and to gently smooth the rough edges of a tough night without having it end in a brutal hangover.

The topic of drinking is destined to come up in Jewish circles around holidays like Purim and Simchat Torah, when unfortunate accidents tend to happen due to alcohol. But session cocktails aren’t just a precautionary measure against the future drunk and disorderly. They’re a way for bartenders to create new cocktails that keep you coming back for more.

This holiday, let’s have a cocktail, but make it a session.

Shira Feder is a writer. She’s at [email protected] and @shirafeder on Twitter.

The Rise Of The Low-Alcohol ‘Session Cocktail’