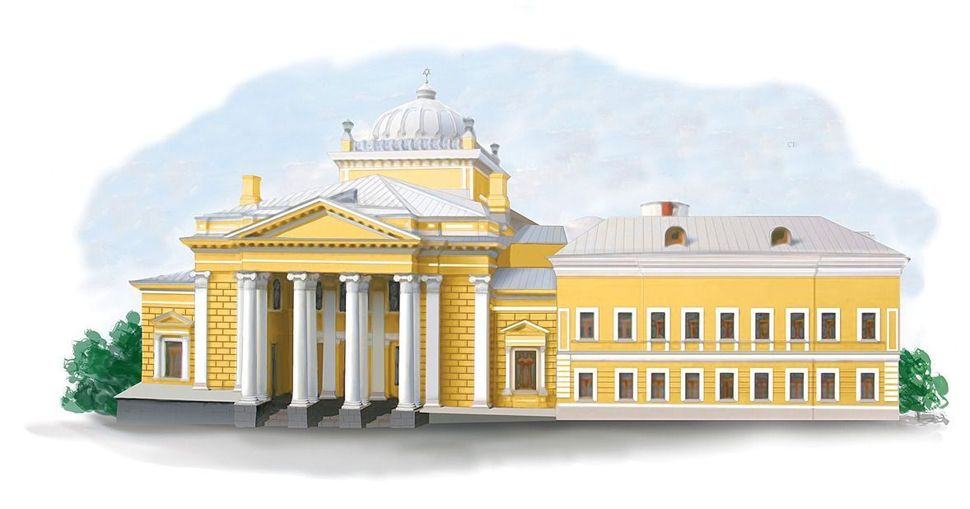 In the center of Moscow stands the historic Choral Synagogue – a beautiful yellow-white Neoclassical structure, the most famous shul in the Russian capital.

The building, which now belongs to the Lithuanian Jewish community and its “Federation of Jewish Communities of Russia,” was built in 1891 by architect Semyon Eybushitz. The architect, a Jew from Austria-Hungary, had converted to Protestantism.

Two years ago, Eybushitz’s great-granddaughter approached Rabbi Meir Manevich, the man responsible for overseeing conversion at the Choral Synagogue, expressing her desire to convert to Judaism. Rabbi Manevich wrote about this on his Facebook page, discussing the surprising spiritual turnaround that is now taking place in Russia in which descendants of Jewish converts to Christianity are “correcting the error” of their grandparents’ ways. 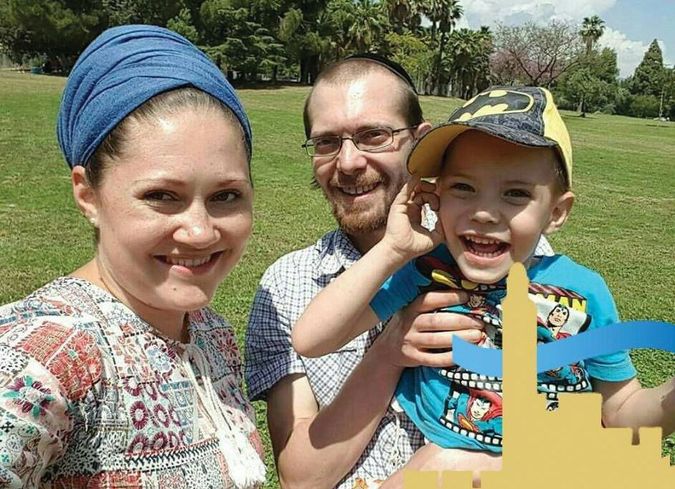 This indeed is the Choral Synagogue’s vision today: To lift the prestige of Judaism in Russia which had escaped it for generations.

Present-day rabbis believe that even though the Czarist era was difficult for the Jews, the traditional community under the Czar provided a spiritual source of stability for its members. The Soviet era, on the other hand, was the worst imaginable. Many believe that Stalin was even worse than Hitler: If Hitler sought to physically eliminate the Jews completely – a goal he thankfully didn’t attain – then Stalin wanted to destroy them spiritually. As a result, nearly all Soviet Jews had become atheists and agnostics.

Interestingly, all Jews who had once converted to Christianity are still seen by other Jews as betrayers. This includes both those who did so in Czarist times hoping for a career and a better life as well as those who converted to Christianity in the 1970s and 80s, seeking a more spiritual life in a time when information about Judaism, let alone in Russian, was scant, while material on Christian philosophy was ubiquitous.

As rabbis in Russia see it, the government’s political view of religion is quite tolerant. Though there is political repression and limitations of freedom, Jewish religious life is left alone. It’s not that synagogue leaders idealize Putin’s autocratic leadership. They simply distance themselves from it, arguing that taking part in politics is not a Jewish concern (except when it pertains to Israel). As a result, they refrain from attending political demonstrations. They are unequivocally Zionist, however, and regularly urge locals to make aliyah, arguing that only in Israel can Jews and Jewish families have a healthy perspective on Jewish identity. 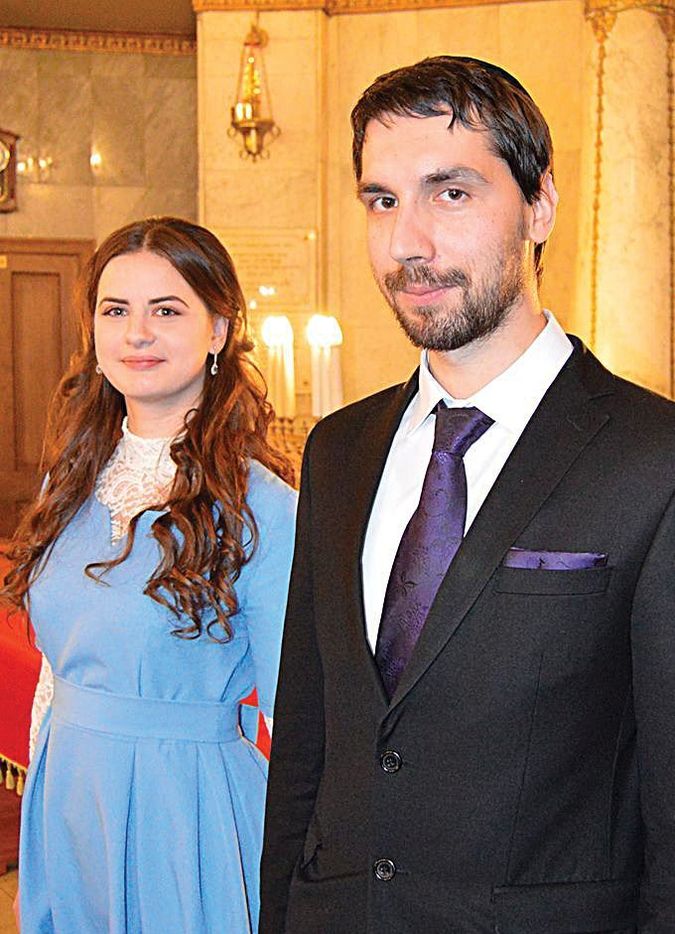 Despite that, no one believes that Russian polices have no influence on synagogue life. In the spring of 2015, for example, when government propaganda once again condemned homosexuality, the level of homophobia demonstratively increased at the Choral Synagogue, only dissipating after an ultra-Orthodox Jew fatally stabbed a teenage girl during the Jerusalem Pride Parade.

After the murder, Rabbi Manevich penned a post on Facebook arguing that no Jew has the right to decide who should live or die, even regarding people who transgress Jewish law. Some congregants actually questioned his claim. “Are you sure that homosexuals have a right to live?” one asked.

Yet these are trying times for the Choral Synagogue, for a different reason. The Lithuanian community now has a serious rival – Chabad – and is losing the battle entirely. While the two organizations were mostly equal in the 1990s, the Russian Chabad has become richer and more influential. Chabad has a closer relationship to the government, and is the Jewish representative at all official ceremonies as in the annual 8-day candle-lighting of a giant menorah in the center of Moscow. Five years ago, President Vladimir Putin made a generous political gesture by donating his own month’s salary to the new Moscow Jewish Museum, which, unsurprisingly, is owned by Chabad.

Galina Zelenina, a Jewish Studies professor at Russian State University for the Humanities, recently penned a book about the Chabad movement in Russia, explaining that the secret to its success is rooted not just in politics but also in its dogma. Its leaders consistently speak in name of the entire Jewish and continue to focus their efforts on the wider, secular Jewish public. Chabad also founded an acclaimed Jewish publishing house in Russia, Knizhniki, which publishes Russian translations of Jewish literature as well as other notable editions. Chabad also publishes a highly praised periodical, L’chaim, and initiates wide cultural activities. The new Moscow Jewish Museum, a great technological feat, is merely one example of this. 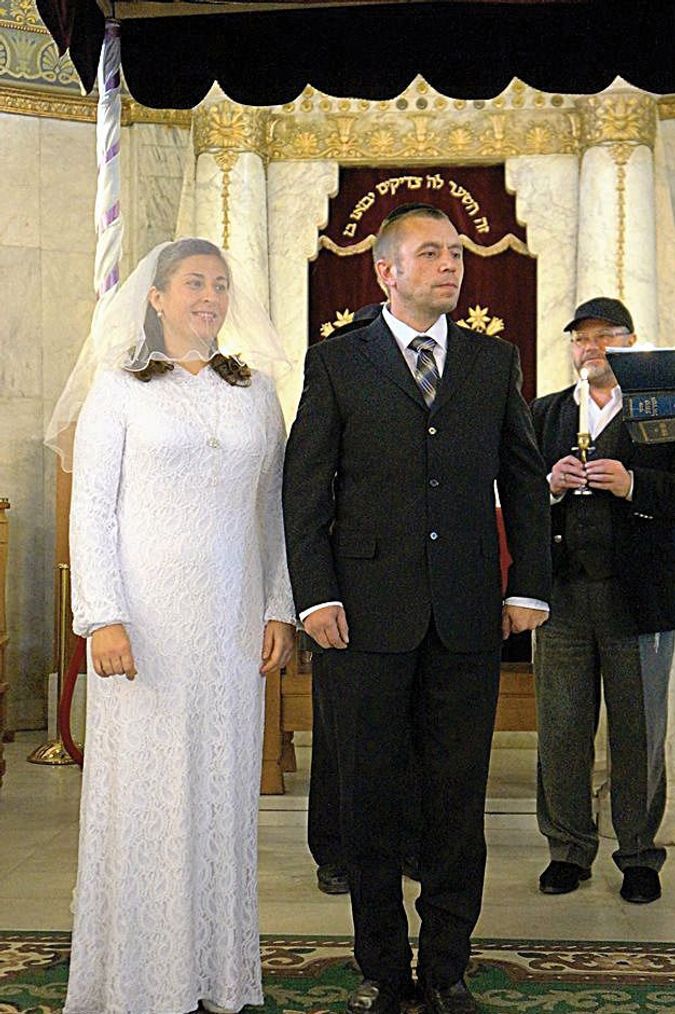 The Lithuanian community is on the losing end, not only because its competitor is stronger and more successful. For one, the Lithuanian rabbis show little interest in Jews who aren’t observant or well-versed in Jewish law and tradition. Chabad has developed interactive cultural activities directed at the secular population, whereas the Lithuanians focus solely on learning Torah. Although courses are offered in both the large Chabad shul in Marina Roscha and the Choral Synagogue, there is one clear difference: The Chabad attracts many more students through its classes on language, sport, computers, etc., while the Choral Synagogue offers only religious studies.

Another reason is geographical. The fact that the Choral Synagogue stands in the center of Moscow, not far from the Kremlin, is paradoxically a disadvantage. Only a handful of people can afford to rent or buy an apartment in the area, so the synagogue has no potential for creating a Jewish neighborhood, since observant Jews need to walk to shul on the Sabbath and holidays. In this respect, the great Chabad shul is much better positioned. Marina Roscha is not considered a prestigious neighborhood and is far enough from the center to maintain affordable apartments.

As a result, the Lithuanian community has been unable to create an infrastructure for Jewish life in Moscow. The community has only one school, which is basically a cheder with a poor record in teaching general studies; paradoxically, even the Lithuanian rabbis send their children to Chabad schools. The Choral Synagogue also has only one small grocery store selling kosher products located underneath the building’s stairs, while Marine Roscha boasts three supermarkets stocked with a variety of kosher food and wine.

The Lithuanian community’s only success has been its kindergarten, which attracts not only children from the Jewish community but also from the general population.

Even more puzzling is the fact that the shul has no charity programs, save for Sabbath morning meals  offered free of charge to the elderly. All the money donated to the synagogue goes towards the building’s upkeep and workers’ salaries.

A third reason for the Choral Synagogue’s lack of popularity is the large number of minyanim, or informal Orthodox congregations, held in various neighborhoods throughout Moscow that are all within walking distance of the worshippers’ homes, and most all run by Chabad. The Lithuanian Federation runs only three minyanim, all of which are in the center of the city, near the main shul building.

Rabbi Yehoshua Rosenzweig, the spiritual leader of the community in Tver, a city 200 kilometers from Moscow, told me that he was once an active leader of the Lithuanian Federation but found it nearly impossible to work with its chair, Rabbi Shimon Levin, and the Chief Rabbi of Russia, Rabbi Pinchas Goldschmidt. There were too many demands, including financial ones, and barely any support. So he switched over to the Chabad Federation.

Worshippers have also been abandoning the Choral Synagogue, claiming the atmosphere in the Lithuanian shul to be unwelcoming, with little regard for people attending services. Many who visited the shul with me told me that they felt insulted by the attitude of the Lithuanian rabbinate and prefer the more user-friendly environment of the Chabad minyanim.

Last year, it became even more difficult for Jews to attend theshul on Shabbos; the apartment that used to house girls, women, and young families overnight has now been designated solely for men.

So what does the large Choral Synagogue support? Firstly, its reputation. As the expression goes, tov shem mishemen tov, a good reputation is worth more than the finest oil. The great Moscow Choral Synagogue is well known to secular Jews in Moscow and it’s packed on the Jewish holidays. Between 1.5 and 2 thousand Jews come on those occasions, leave after Neila, the last prayer on Yom Kippur, and don‘t return until half a year later for Passover.

The synagogue has remained open thanks to several donors who simply wish to support the most well-known and most physically impressive shul in the center of the city.

The conversion process is similar to the one in other communities round the world. Once the candidate expresses interest to the beis din, he is required to attend two or three Judaism classes a week, spend a good deal of time in the community over Shabbos and Jewish holidays, bring two recommendations from individuals in authority, one of whom must confirm the kashrut of the candidate’s kitchen, and meet with the beis din twice. At the second meeting, the three rabbis ask questions concerning all kinds of laws, prayers, and Jewish history. Usually, the entire process takes between one-and-a-half and two years.

These obstacles don’t discourage the public, however. Each year, around 50 new people request to be converted to Judaism and almost 70 people attend conversion classes. Of those, about 20 people actually convert. Most of them are well-versed in Jewish law, Jewish history, and prayers, and accumulate an impressive vocabulary of Hebrew words.

On holidays, the Choral Synagogue attracts two distinct groups of worshippers. On the one hand are people who barely understand what’s going on, which prayer is being said, and why the chazzan occasionally stops singing (usually because the silent amida prayer is being said). These are the secular Jews, who come to the synagogue for communal reasons. On the other hand you have people who are very familiar with the siddur, know the order of the prayers, and even know some by heart –- these are the “Sons of Avraham,” the current and soon-to-be Jews.

The personal factor is also important. The conversion candidates are attracted to the rabbi, Rabbi Meir Manevich, who is in charge of the conversions, and Rabbi Alexander Zak, who teaches the conversion classes. Both are well-versed in Hebrew and are educated, respectable, and interesting people.

The conversion classes are critically important for the future of the shul. After many Jews abandoned the synagogue in favor of Chabad, the converts took their place. In order to sustain the ongoing participation of the conversion candidates, the rabbis have come up with a clever solution: They only give conversion certificates a year after the conversion has been completed. During that year, the new convert needs to regularly attend the shul. But once they do receive the certificate a year later, most predictably switch to the Chabad shuls.

Some of the candidates, mostly the younger ones, choose to convert mainly for genealogical reasons: Their father or grandfather is Jewish but their maternal grandmother is not. Some of them want to convert in order to marry a Jewish partner. But most of them come to Judaism for spiritual reasons. These include academics, physicians and even the relatively uneducated. Interestingly, it is this latter group that often remains the most loyal to the Choral Synagogue.