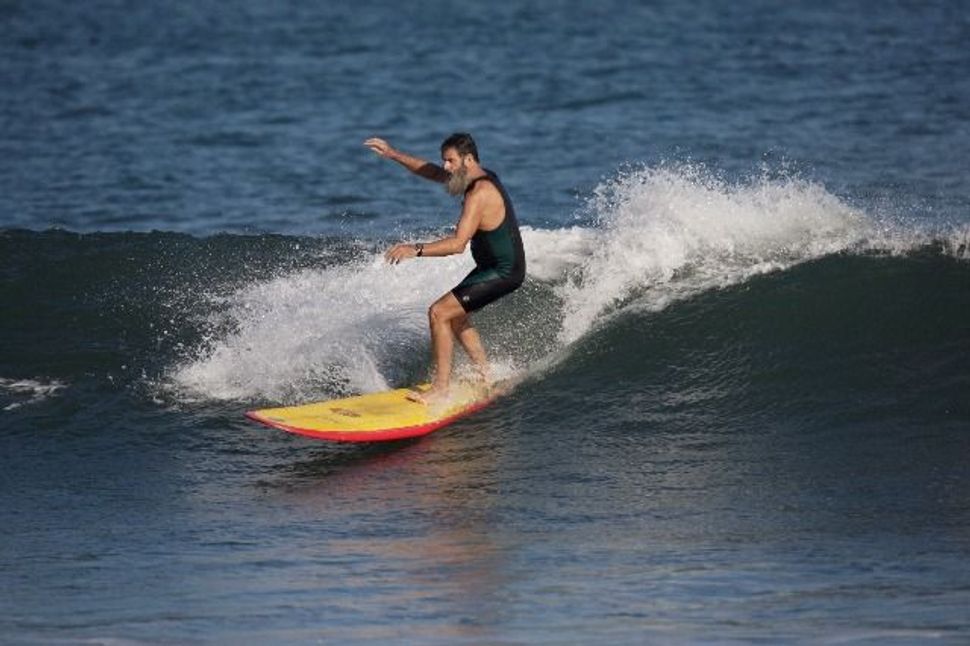 As a young boy growing up near the ocean in Los Angeles, Rabbi Nachum Shifren would often take a surfboard under his arm and hit the waves.

It wasn’t until he was 30, while living in Santa Barbara, that he became inspired by the local Chabad to become an Orthodox Jew. At this new stage in life, he was eager to draw people closer to Yiddishkeit, but at the same time he didn’t want to give up his love of surfing and of nature.

Not being a surfer myself, I decided to speak to Rabbi Shifren, hoping to better understand his intriguing character, which I soon realized was peppered with contradictions.

Knowing that traditional Jews have mostly fled from the ocean, I asked him how Orthodox Judaism and surfing could possibly go together.

“They don’t,” he replied. “I’m a pioneer. I’ve been involved with fitness and physical health all my life. I served in the Israeli army as a physical fitness instructor. Just as people study Mishna and Talmud, this too is a part of life.”

According to Shifren, it all has to do with knowing the Creator. He explains to me why people make a blessing if they don’t see the ocean for over thirty days. “The ocean was God’s first creation. It’s an amazing act, so powerful, so terrific and so beautiful. The waves are a sign of God’s strength. When you explain to people how the ocean connects to the act of creation, they start thinking: ‘This really is wonderful!’”

Shifren has written a book about his life-philosophy entitled Surfing Rabbi: A Kabbalistic Quest for Soul. Does surfing also carry a universal message for mankind? I ask. Can it bring peace and love between Jews and non-Jews?

“No question about it,” he answers immediately. “Surfing brings peace, harmony and a connection to the unity of God.” He plans to start an organization called the “Shloha Foundation” (shloha = shalom + aloha), to promote a holistic way of life through the ocean – a goal which could interest both Jews and non-Jews. 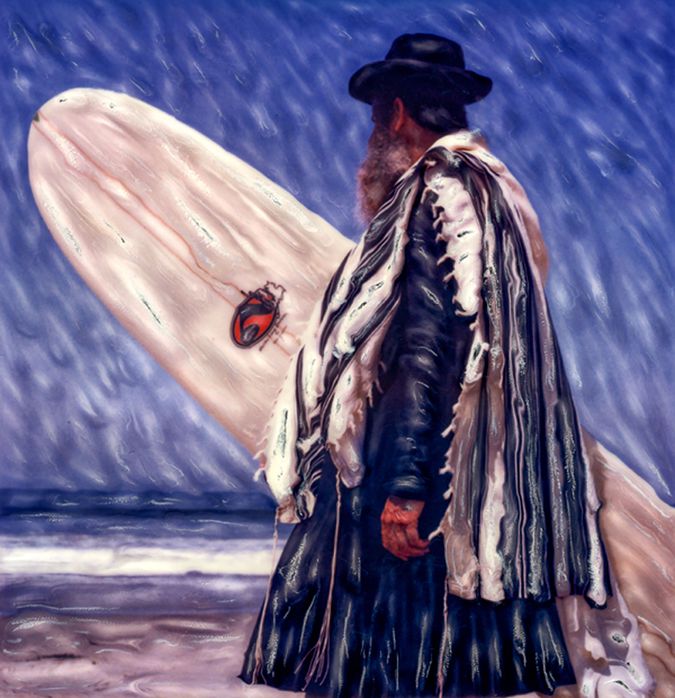 A portrait of Rabbi Shifren Image by Robert Sturman

Shifren also hopes to inspire rabbis to begin encouraging their yeshiva students to engage in more physical activity – traditionally, a rarity in the yeshiva world. He gives private surfing lessons, and his students hail from all backgrounds. All six of his children, two of whom are on their way to becoming Chabad emissaries, know how to surf, and the whole family used to surf together.

“My kids are observant Jews, and observant Jews surf,” he tells me, half-joking.   What I found especially difficult to grasp, though, is Rabbi Shifren’s politics. He aligns himself with the Tea Party, Donald Trump, the racist Jewish teachings of Rabbi Meir Kahane and the anti-Muslim group, the English Defense League, in England. Hearing him speak about peace, the ocean, spirituality, and surfing, you’d think he would believe in peace and harmony among all people without exception. But he doesn’t. And yet, he doesn’t deny that there are contradictions in his beliefs.

He bluntly says that he doesn’t mix surfing and politics. He argues, not so convincingly, that these are two separate spheres.

But how can you separate the beautiful noble ideas behind surfing from one’s politics? Especially when the politics include a message of hate?

“I don’t believe that all people are brothers,” he declares, “but I do believe that surfing can create unity between the nations of the world.” He’s willing to teach surfing to Arabs and Muslims, but won’t teach Jewish and non-Jewish students together because he believes that could encourage Jewish assimilation.

I mentioned that if he would teach Muslim and Jewish students together, it could improve understanding between them. But Rabbi Shifren didn’t seem convinced.