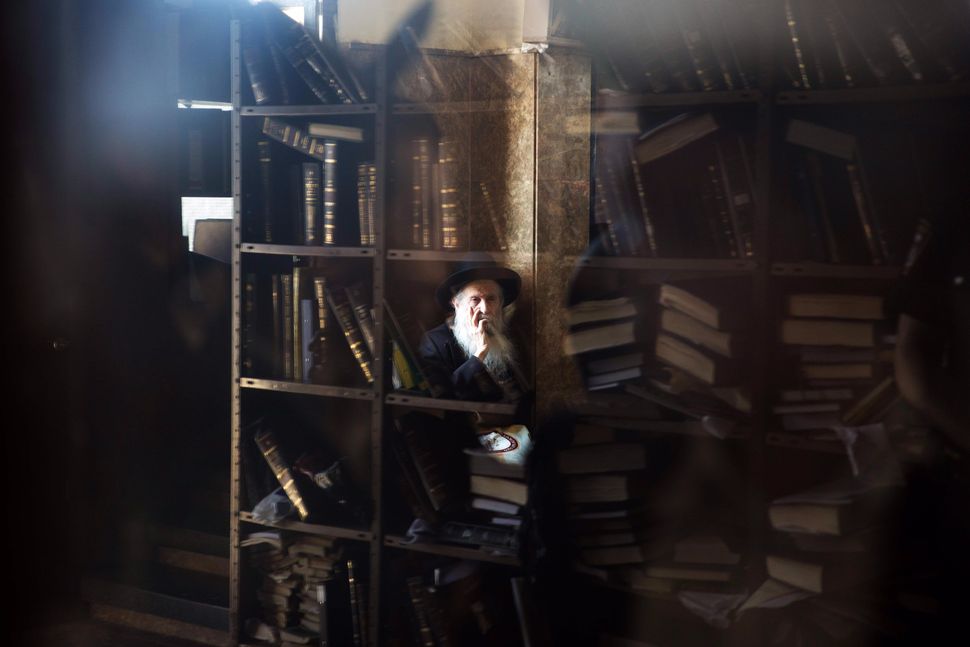 I attended Yeshiva and Mesivtah Chaim Berlin from 1954 to 1966. It almost ruined my life.

Not that I’m complaining. Chaim Berlin is one of the oldest yeshivas in Brooklyn, established in 1904. It’s one of the most respected Haredi- Lithuanian yeshivas in the United States and in Israel. Many renowned rabbis and Talmud scholars have graduated from there. I am not one of them. I can barely read the Torah in the original Hebrew or the Talmud in Aramaic.

Now, dear reader, I know what you’re thinking. There must be something wrong with him. That’s probably true, but it’s a little more complicated. Let me explain.

Let’s start with a question: What happens when there is a total mismatch between a boy and the school he’s attending? Obviously, nothing good. I am a perfect example of that mismatch.

I was born in a displaced persons camp into a family deeply scarred by the war and its aftermath. My parents and siblings survived by escaping from Poland to the Soviet Union. When my parents finally came to America, they spoke only Yiddish and were overwhelmed by this new society. What saved them was settling in a cloistered, still mainly Jewish enclave, in Brownsville, Brooklyn. My father, who became Orthodox later in life, naturally sent me to the most well-known yeshiva in the neighborhood.

How to explain Chaim Berlin? The actual yeshiva and mesivtah were basically a preparation to supply students to the Beit Midrash after graduating. The goal was for as many students as possible to become rabbis and Talmudic scholars. The actual teaching method at the yeshiva could be called “late shtetl”. Their method: rote learning accompanied by an occasional slap in the face. Heaven forbid that they would actually teach Hebrew grammar or go into any depth into the Torah or Talmud. For example, the designated Hebrew instructor’s only method of teaching the language was to photocopy some pages in Hebrew. That was it. The so-called ‘English Department’ had only one criteria in hiring teachers: that they could breathe. There was no connection between the teacher’s expertise, if he had any, and the subject he was asked to teach. So a social studies teacher could “teach” a chemistry class by slowly reading from a textbook he didn’t even understand.

Chaim Berlin also didn’t believe in the notion of cleanliness. I, for example, being a very anxious kid, rarely had an appetite. So I used to bury the sandwiches my mother gave me for lunch towards the bottom of my school desk, next to all my seforim [holy books] and textbooks. But the yeshiva forgot to hire a custodian. So my sandwiches accumulated in the desks of my class for weeks. No one complained since everyone thought that smell was normal. Also, the yeshiva didn’t know much about plumbing; the toilets overflowed frequently and were rarely fixed. You needed galoshes to walk into the bathroom. As my friend said much later, the main thing we learned during those years was bladder control (a very useful skill now at my age).

Chaim Berlin was terrific in their sex education program. I’m kidding. First of all, there were no girls in any classes, or female teachers. So we had no idea how to deal with the opposite sex. But not to worry; one rabbi at the Mesivtah claimed that masturbation was worse than murder. Now that was all a male teenager needed to hear. For a second I feared I was a mass murderer. But then I quickly realized that was crazy talk, since I grew up with memories of the Holocaust, and knew what real murder meant. But I said nothing. I was too embarrassed.

Chaim Berlin was not equipped to deal with someone like me. I probably had learning issues in math and language. But I loved to read and probably my “worst” trait was that I was able to think for myself. I had great difficulty accepting what was being taught without explanation. And believe me, the rabbis were non too happy to actually have to explain anything.

For example, we began learning Talmud in the fourth grade. We studied it by rote, as we students merely repeated every line after the rabbi. One of the first laws we learned was what happens if an ox gores a pregnant woman. The question was: What responsibility does the owner of the ox have? I was puzzled and asked why were we learning this, since I never saw an ox roaming the streets of Pitkin Avenue. The rabbi’s only response was to slap me hard on the cheek. That was my introduction to the Talmud.

Chaim Berlin worked for most of my classmates, perhaps because they didn’t have traumatized parents. Most of my fellow students learned Hebrew very well because their fathers taught them. It also helped if you stayed within the community.

But for a lost, fearful child who had ideas of his own, Chaim Berlin was a disaster that took years of therapy to overcome.