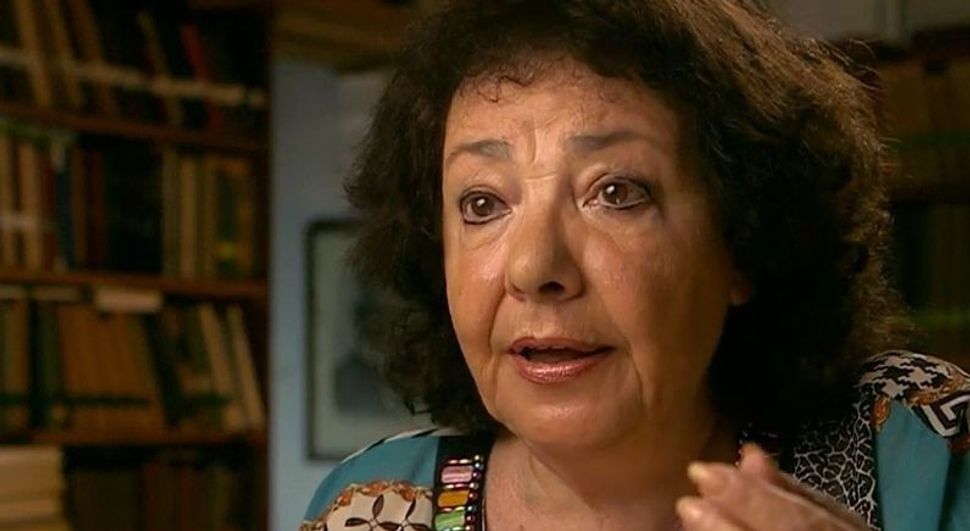 The talented actress Anabela Yaakov died in Tel Aviv on November 21st. She was 78.

I first met Anabela when I came to Yiddishpiel with my first play, “Hotel Americana.” Later, I had the honor of working with her on Abraham Goldfaden’s “The Two Kuni Lemls,” Sholem Aleichem’s “The Enchanted Tailor,” and Ludvig Levinson’s “The Wives’ Nest Eggs.” But for me, the most important role that we created together was her small role as the waitress in Ben-Zion Tomer’s “Children of the Shadows.”

Before we staged the play, I asked her if she was ok with playing a small role. She didn’t even understand the question. For her the key was creating an unforgettable character. The number of lines she had was irrelevant.

Anabela was a colorful actress with a diverse skillset. She could play comical roles like the Rebbe’s wife in “The Wives’ Nest Eggs” as well as tragic figures, as she did in Isaac Bashevis Singer’s “The Last Love.”

Anabela Yaakov was born in Bucharest, Romania in 1941 and studied theater there. She settled in Israel in 1963, performing in four languages: Yiddish, Romanian, Bulgarian and Hebrew. In 1967, she co-starred with Yaakov Bodo in a Hebrew adaptation of Mendele Mocher Sforim’s “Fishke the Lame,” playing the role of his hunchback sweetheart under the direction of Yoel Zilber. The production was staged just after the end of the Six-Day-War to great success and she was nominated for the Kinor David prize.

The 1970s were a golden age for Yiddish theater in Israel. No less than seven troupes toured the country. Most of the plays were musical comedies and melodramas. Audiences were eager to hear Yiddish, to laugh along with the songs and cry. Anabela was the soubrette.

Anabela worked with the legendary comedian Shimon Dzhigan for fifteen years. I think that was the most important experience of her career. Dzigan was not only a great performer but also her mentor and she learned a great deal from him.

The first Yiddishpiel production Anabela appeared in was Goldfaden’s “The Sorceress.”. From then on, Anabela was one of Yiddishpiel’s biggest stars.

Anabela once told me that an actress is ultimately the summation of the characters she has created. This summation is not only what the audience remembers from her performances, but also what the actor has learned about herself and about the roles she has played.

Another thing she told me: “What does it mean to be an actress? It means you have special permission to be a lunatic. If I wish, I can be a beggar on Allenby Street or I can be Queen Elizabeth. Nobody’s going to lock me up in a mental institution. Just the opposite, they’ll applaud and I’ll get paid!”

No wonder that audiences applauded every time she appeared on stage.

In “The Enchanted Tailor,” Anabela played the role of Tsipe Beyle Reyze, a woman without a penny to her name who wishes for nothing more than a goat. Anabela told me about the role: “I know her. She was my neighbor. I know her almost as well as I know myself.”

A theatrical troupe is like a family. Every generation plays its role. What Anabela gave the younger actors can’t be weighed in gold. For the generation that doesn’t speak Yiddish from home, hearing Anabela’s Yiddish was crucial. She wasn’t just an actress, but a paradigm of professionalism and an embodiment of the storied tradition of Yiddish theater.