Goldfaden’s “The Sorceress” — A Yiddish Cinderella Story Of Our Own This week, a newly restored production of the classic Yiddish operetta, “Di Kishefmakherin” (“The Sorceress”), premiered at the Museum of Jewish Heritage in New York. The show, produced by the National Yiddish Theater Folksbiene, will run till December 29 and is accompanied by English and Russian supertitles.

“The Sorceress” is the first product of the Folksbiene’s Global Restoration Project, launched in 2017 to restore high-quality Yiddish operettas and plays from the Golden Age of the Yiddish Theater and to digitize the librettos and scores in order to make them accessible to directors, actors and researchers throughout the world.

Written in 1878 by Avrom Goldfaden (considered the father of modern Jewish theater), “The Sorceress” was the first Yiddish play staged in the United States. The great actor, Boris Tomashefsky, then a 14-year old teenager, brought the piece to New York in 1882 and produced it on Second Avenue in the Lower East Side, a site later to become known as the Yiddish theater district.

The plot line is similar to that of Cinderella, the folktale often noted as originating from the sixteenth-century French fairy tale, Cendrillon, but which has actually been around for thousands of years, retold in at least 500 versions, including a Chinese one dating back to the ninth century and a Greek one from the sixth century BCE.

Goldfaden’s version has a Jewish twist on it, though. The heroine is called Mirele (a Yiddish diminutive for the name Miriam). Raised by good-hearted, wealthy parents, Mirele’s fate turns suddenly when her mother passes away and her father is arrested without explanation, until we learn that it was actually his new wife, Basye – Mirele’s stepmother – who has orchestrated it with the aid of a local witch called Bobe Yakhne, in order to get her hands on her husband’s fortune. As in most fairy tales, the operetta ends up happily for the good guys, while the villains come to a violent end. 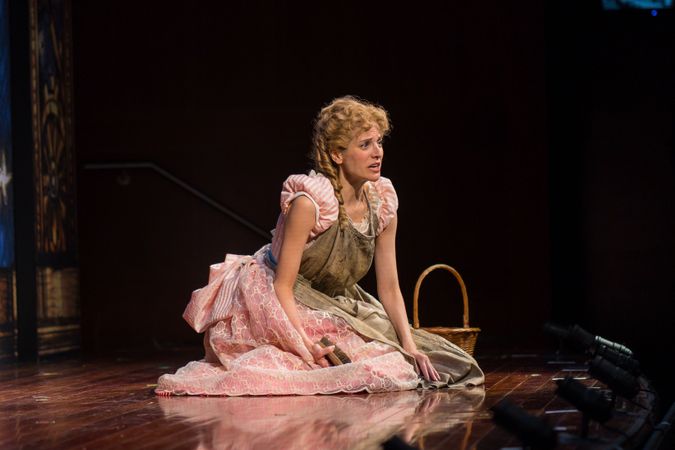 Goldfaden’s Jewish touches wink to us throughout the play. When Mirele desperately seeks someone to rescue her from her wicked stepmother, she does so in the one spot where Jews met regularly: at the marketplace. Here, merchants and peddlers, both men and women, would gather each Monday and Thursday in order to sell their wares, ranging from needles and thread to freshly slaughtered chickens, to streams of customers.

As one who’s been attending the Yiddish theater since childhood, I was always puzzled as to why there were no productions of “The Sorceress”. I was familiar with the score myself because in the 1970s, Goldfaden’s operetta was produced several times at Camp Hemshekh, the Jewish socialist summer camp where I spent nine summers. Although the Hemshekh production was fun to watch, and the talent among the young actors quite impressive, I longed to see a professional production.

Last Sunday, I finally got my chance. It was worth the wait. The lovely voices of the performers, particularly Mirele (Jazmin Gorsline) and her sweetheart, Marcus (Josh Kohane), who is torn away from her early on, allowed Goldfaden’s songs to shine with their melodic artistry. Especially notable was Mirele’s cry of loneliness in the haunting song, “Elnt, fun ale beymer vayt” (“Secluded From All Other Trees”).

Mikhl Yashinsky excelled as the cunning sorceress Bobe Yakhne, who knowingly mocks the superstitiousness of her customers. She admits to anyone who’ll listen that her actions, perceived as magical by the townspeople, are nothing more than skilled machinations, bribery and theft, yet the people around her continue to believe in her supernatural powers. This was, apparently, a common theme in Goldfaden’s plays: a warning to his fellow Jews not to let themselves be duped by the charlatans around them. 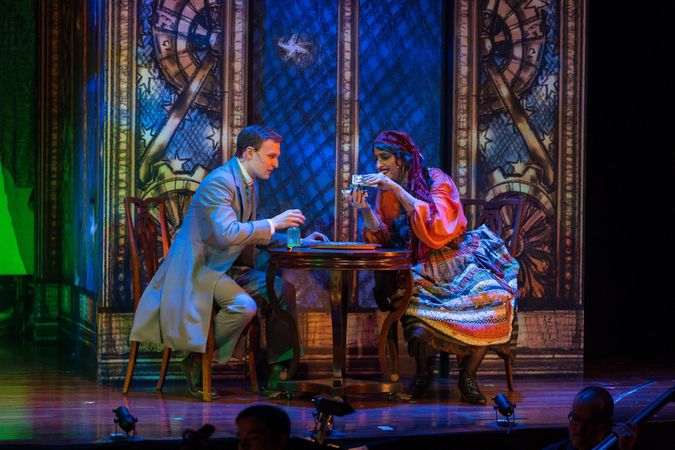 Although it was occasionally difficult to understand the lines by some of the actors – a common problem when actors don’t know the language they’re using onstage – others pronounced the Yiddish beautifully. Basya, the stepmother (Rachel Botshan), sounded so fluent I was sure that Yiddish was her mame-loshn, her mother tongue. After the performance I discovered it was not but she had played for years opposite the legendary Yiddish actress Tzipora Speisman which apparently helped her hone her Yiddish pronunciation. 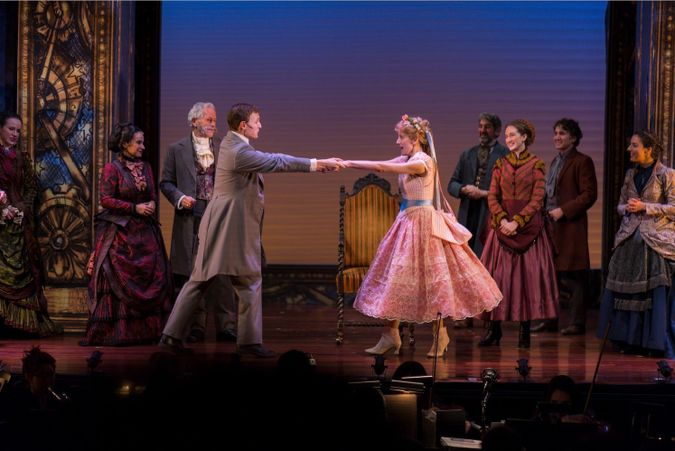 Hopefully, “The Sorceress” will be just one of many revived productions in the coming years, allowing a new generation of theater fans to experience the artistry – and the fun – of those venerable Yiddish gems.

Goldfaden’s “The Sorceress” — A Yiddish Cinderella Story Of Our Own