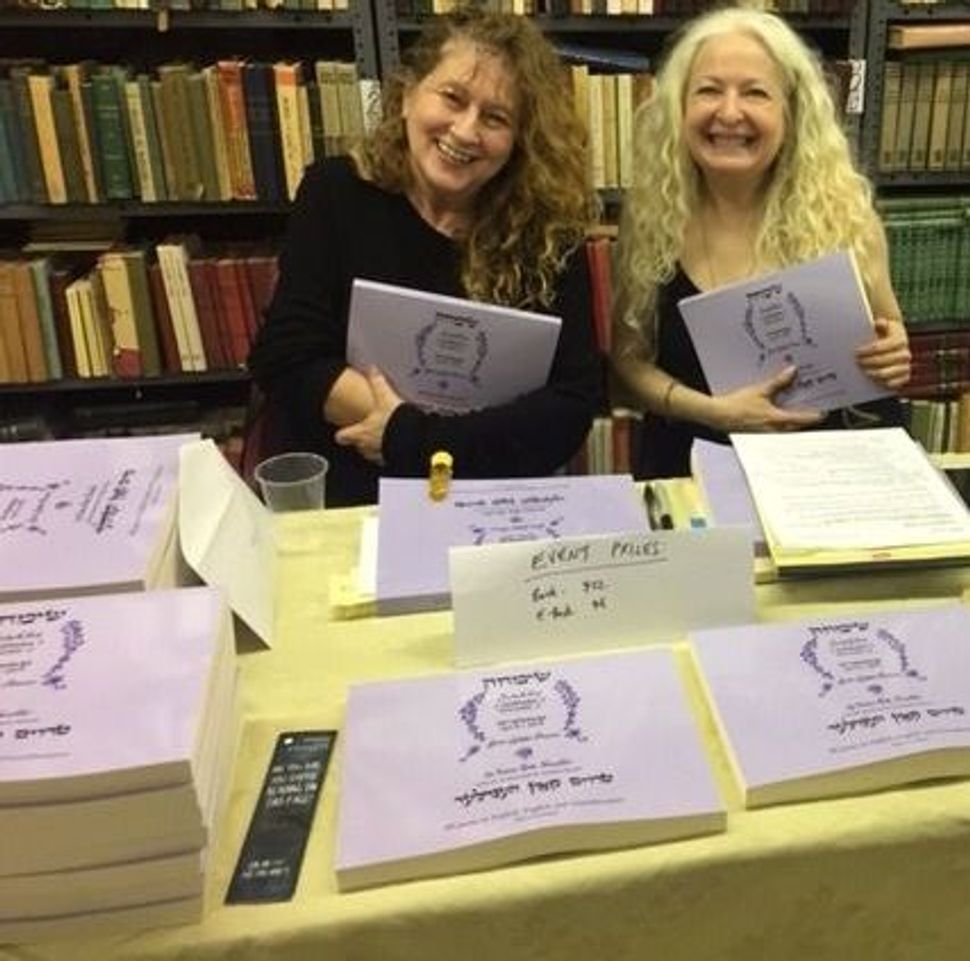 Well, if you attended a recent book party for poet Troim Katz Handler’s new bi-lingual collection, Simkhe/Celebration, you would have learned that intim is Yiddish for intimate, that bager means desire, that kitsl-tsingl is the word for clitoris and that fantasye shutef – probably not a phrase with a long history in the Forward – means fantasy partner.

And then there is knish, which you’ll never think of quite the same after sampling Katz-Handler’s poem, S’brent/Its Burning. In lines that begin with: “In our sky room now at night, I lie awake deep in thought” and conclude with “you have brought fresh joy to me”, the word knish plays a significant role.

We’ll leave you to figure out the rest, maybe by buying the volume, which was nearly 30 years in the making and whose author, we should mention right here, just turned 93 and lives with her husband, Frank, in West Palm Beach, Fla.

The poems in the book appear in the Yiddish original, as well as in English transliteration and translation.

The setting for the party was hardly a raunchy one. It was held in the Long Island City loft of the Central Yiddish Culture Organization (CYCO), which was founded in 1938 and has a red velveteen banner of the historic Yiddish workers’ group, the Jewish Labor Bund, hanging like a sacred talisman above the doorway.

About 30 people were there, including members of Katz Handler’s family. Fortified by decidedly PG-rated refreshments like rugelach, babke and mandelbrot, they immersed themselves in a story filled with both Yiddish and, well, yearning.

It begins with the author’s father, the prominent poet Menke Katz, who immigrated from Lithuania to the United States in 1920 and produced works in both Yiddish and English, including poems that were published in The Atlantic and The New York Times.

One of his Yiddish creations, the sexy mayse, Dray Shvester/Three Sisters, which celebrates a love quadrangle – yes, with him and three sisters, one of whom was his wife – helped get him drummed out of the Yiddish PEN Club in the early 1930’s. Another of his works, the English version of his two-volume Yiddish epic poem, Burning Village, was nominated for a Pulitzer Prize.

Hy Wolfe, CYCO’s director, recalled for the audience the days when he was a young student at Brooklyn’s Yeshiva Flatbush and Katz, in his role as a teacher there, would walk into the classroom with his bard’s-length hair, wiggle his magic-wand fingers at everyone present and calmly intone: “You’ll be quiet now, you will be.”

Claudia Handler, Troim Katz Handler’s daughter, told those present that she remembered sitting at the breakfast table and having her mother put the New York Times under her nose and point to a poem written by her grandfather. 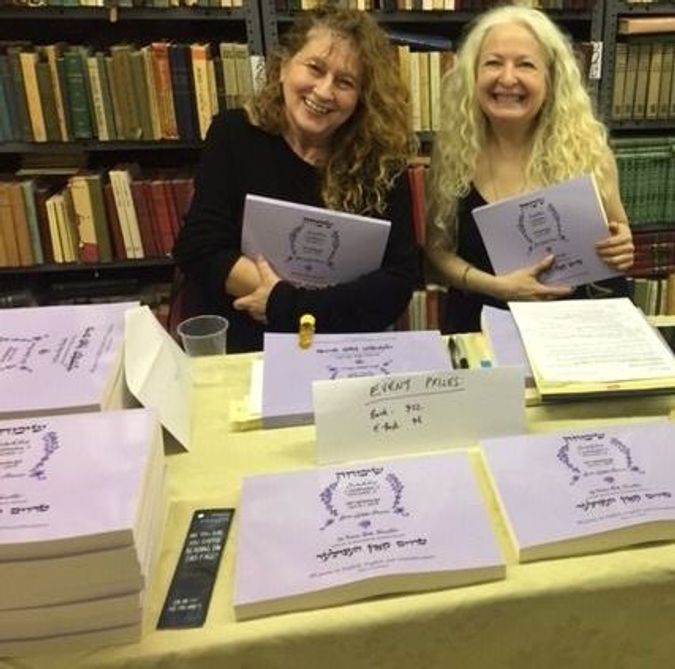 “Her whole reason for living, for writing, for joy – is Yiddish,” Claudia Handler said of her mother, who has been married for more than 70 years, and had a career as an English teacher.

Like her mother, Claudia is a poet. Troim has another daughter, Shelley – named for the English romantic poet Percy Bysshe Shelley – who is a musician; four grandchildren including one, Cleo, who is a playwright, and a great-granddaughter.

So a creative juice and a love of words clearly flows through this family. And in 2001, a book of Troim Katz Handler’s love poems were published by the International Association of Yiddish Clubs.

And Claudia Handler, who was not involved with the 2001 volume, teamed up with Juni to get the second book done. The three women were a perfect team: Juni and Krupit with their digital Yiddish skills, and Claudia Handler as liaison to her at times skeptical mother. (Who wouldn’t be skeptical that a collection of Yiddish erotica she had written a generation before was actually going to be published?)

At the book party, the two women alternated reading English and Yiddish versions of several of the poems, and the room fell silent, punctuated by bursts of glee. Handler’s selection of the word mufkerdik for promiscuous prompted a bit of a geeky rumble as the Yiddish mavens in the crowd wondered why not a more colloquial Yiddish term like oysgelasn?

On it went, hot Yiddish poetry in a normally somber book loft, a place where the fiction on the shelves includes Franz Kafka’s The Trial (Der Protses) in Yiddish translation, along with the Yiddish poetry of Israel’s third president, Zalman Shazar (a bargain at $10).

A place where, for one night at least, Yiddishland reverberated with the sometimes wacky, but always determined, elements of Katz Handler’s provocative language, with its references to sexual fluids (zeyre-zuze) and sacred elixirs and other images that might be a little too much for this publication.

Which brings us to the end of this story, where it seems appropriate to let Troim Katz Handler have the final words. Here they are, from her poem,

It Drips and Oozes, first in Yiddish, then in English translation:

I devour hot honey cake here,
you suck on candies there.
We mingle our tongues sweetly,
though just with voice and word.

We nestle with talk,
trying to savor the taste
of petting, licking, and hugging
over a lamenting sea.