In 1918, a Jewish humorist defied the health department and sneezed — or did he? 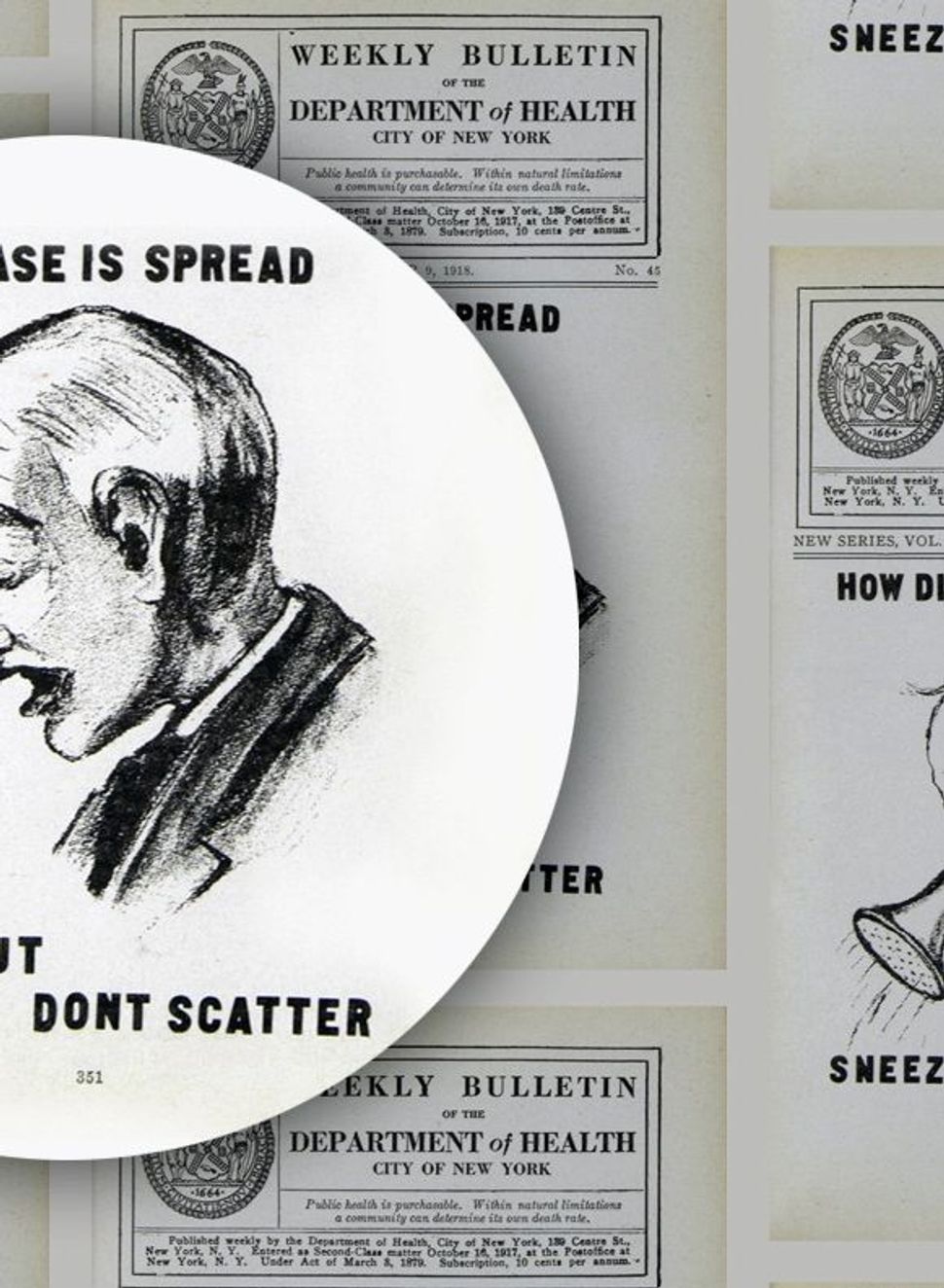 A Department of Health warning from 1918. Image by Forward Archive

Editor’s Note: The more things change, the more they stay the same. This piece appeared in the Forverts, in Yiddish of course, during the influenza epidemic of 1918. Today, as the coronavirus spreads, health authorities are telling us not to touch our face, which is very difficult. Back then, they ordered the citizenry to stop sneezing. Also difficult; plus, dangerous! In response to this absurdist directive, B. Kovner spun out an appropriately surreal fantasy of unleashing his schnoz on a streetcar. Hey, at least he got a seat.

Do you remember, kids, the papers blaring about how the Spanish Influenza epidemic would have ended long ago had we, the people, stopped sneezing? Each sneeze, the newspapers stated, contains within it the Angel of Death … the cemetery … a myriad of bacilli spreading through the air and mowing people down the way a farmer reaps the stalks in his fields?

The same newspapers and doctors published a decree to all living citizens: “Kinderlekh, should you find yourself traveling in a streetcar or subway or sitting in the theatre when somebody lets out a sneeze, run the other way and hightail it wherever you can! Be wary of the sneezer who can infect you with that spasmodic exhalation.” 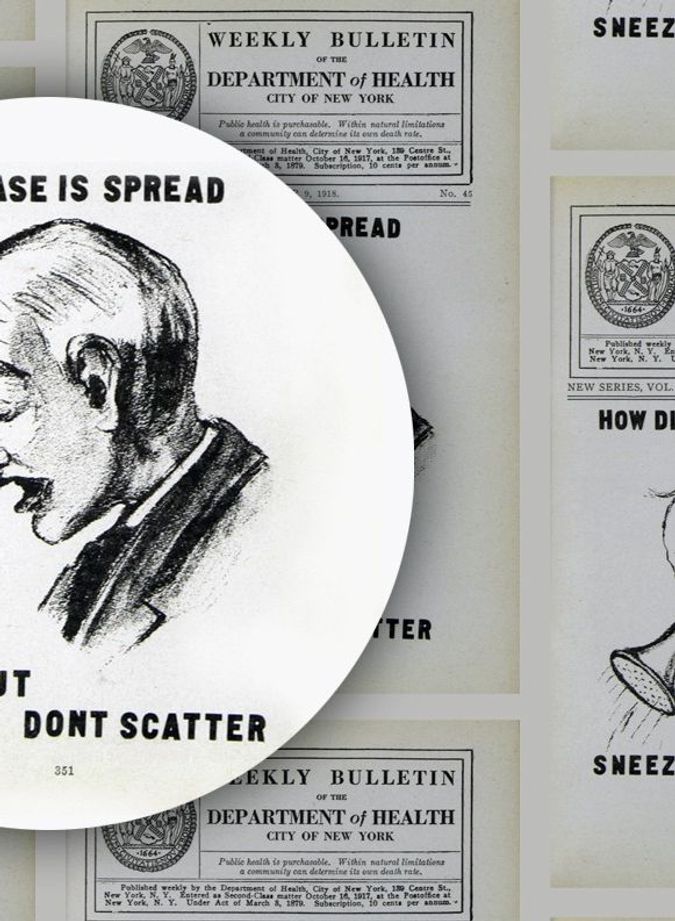 A Department of Health warning from 1918. Image by Forward Archive

The other day, feeling great myself, I boarded a jam-packed streetcar. I don’t recall ever having felt so happy, or as blissful as the day stretched out before me.

Suddenly, I felt a tickle in my nose.

I knew what it was: A sneeze, though still young, asking like a crook for an escape hatch. He wanted out into the light. What did we want from his young innocent life anyhow? What harm had he done me?

Riding along like that, using his elbows to clear a path like a real revolutionary and hearing how I’m working to prevent him from escaping out into the radiance of god’s universe he manages to tear himself out of bondage and is freed from his dark prison!

“Hoptcha!”— it thundered throughout the entire car.

Eight seats were immediately emptied, and their occupants rushed into the street.

I thought: Not too bad. Now I’ve got a seat.

Folks still remaining in the car glanced at me in terror, seeing death before their eyes!

Whoever could, distanced themselves from me.

Once more my nose began to tingle.

Now I thought, if it’s going to be like this, let’s make it interesting.

“Hoptchi” — and the car shook as if after an explosion!

A total of six people disembarked at that stop: an elderly Jewish man and two older Jewish women, a young man with a paint-stained hat and two working girls wearing makeup.

I thought: one more sneeze and anybody who’s still in this car with me will also be out the door. Just once, let me see what it’s like to be driven around New York alone in the streetcar. All right already, after all these years of hanging off that strap.

It worked. I bided my time in the car on my own, just me, the conductor and the motorman.

It occurred to me that I needed to expel them as well. Just for fun, I’d give it a shot.

Success! Before I knew it, around seventeen cars full of passengers had stopped because of my car, which wasn’t going anywhere.

Ten minutes later, I was arrested for spreading influenza and disturbing streetcar traffic.

At my trial the next day, I received a sentence of five dollars. It was worth it.

Born Jacob Adler in the Austro-Hungarian Empire, B. Kovner was a Yiddish humorist who immigrated to the United States at age 17. After a failed stint as a tailor, he joined The Daily Forward staff in 1895.

In 1918, a Jewish humorist defied the health department and sneezed — or did he?