How we secretly baked matzah in the Soviet Union 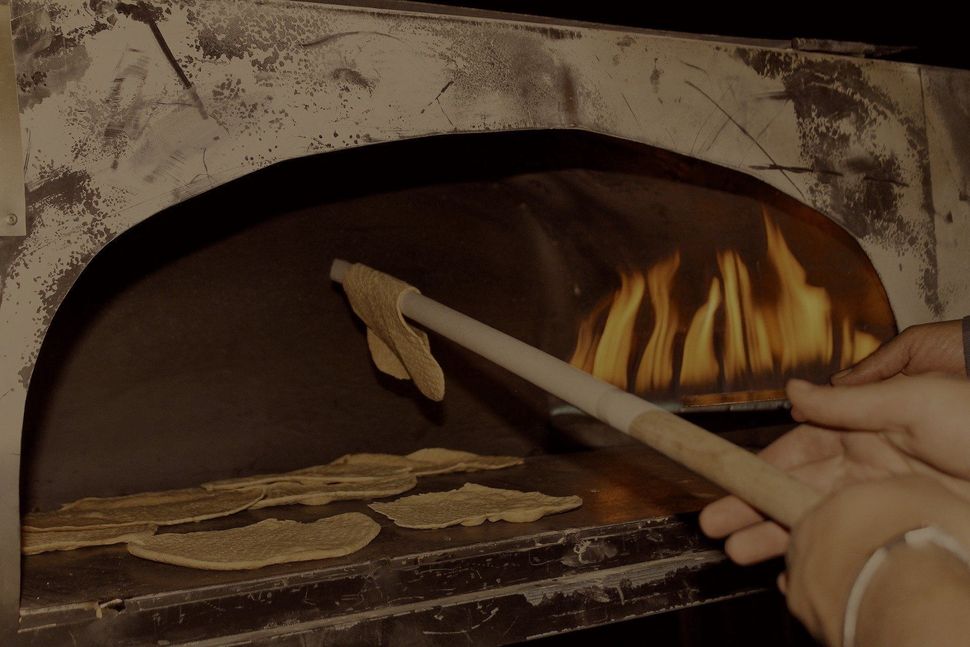 The only bakery in our shtetl stood at the corner of two central streets, just across from our courtyard. In those rare nights when they actually baked bread, its sour aroma would suffuse the surrounding streets – a signal that it was time to get out of bed and rush over to get a place in line. If not, we would have to make do without bread, because there was never enough for everyone.

The bread was not the greatest: it had too much bran, bits of dried peas and corn kernels inside. “But thank God, it’s better than nothing,” my grandmother would murmur, half asleep. “May the Bolsheviks go to hell.” Talk like that could cost you a couple of years in prison, but my grandmother knew I wouldn’t rat on her.

In the middle of the 1950s the Soviets closed and requisitioned the three synagogues in Florești, Bessarabia (known in Yiddish as Floreshe), outlawed kosher slaughter and required everyone to speak Russian, and only Russian. Our aunt Hinke, who taught in a kindergarten, would show off her little bit of Russian, pinching me on the cheek and asking: “Nu, so how are you doing, maltshik (little boy)?” Maltshik might have been the only Russian word she ever learned because it was the only one I heard out of her mouth.

My father, Notke the heretic, was the only family member who spoke decent Russian but even he, a grown man, a frontovik (World War II veteran), was ordered to attend night school, because before the war he had just managed to finish seventh grade in a Yiddish school, which was only the equivalent of the fifth grade in a Russian school. His absence turned out to be an advantage for my traditional Jewish grandmother, though: on the three afternoons a week that my anti-religious father was in class, she would call together a minyan of Jewish men at our house, close the shutters and listen to them recite the afternoon and evening prayers.

Right after Purim, my grandmother would begin preparing for Passover. As long as the water-carrier Reb Moyshe Tsherkis was still alive, he made certain that every Jewish family had enough well water from the nearby farm collective, Markulesht, so Jews could cook their beets and ferment them to make borscht for Passover, as well as three washtubs full of river water to launder their wash and tablecloths. In the courtyard they constructed a makeshift oven to heat the stones. The glowing stones were used to heat the water that made our dishes kosher for Passover.

It was bad enough that the Bolsheviks had closed the synagogues and forced the old Jews into school to study Russian, but then they also shut down the matzo bakery and forbade us from baking matzo. How could you have Passover without matzo? Even my father, Notke the heretic, used to look forward to Pesach because of all the Passover foods.

And then the Jews figured it all out. Burlak, the director of the shtetl bakery, was a nice Jew, even if his family name made him sound like a regular goy. Every year, about a month before the holiday, a group of local Jews would meet with Burlak privately and as luck would have it, exactly three weeks before Passover, one of the five enormous ovens in his bakery would “break down,” and by coincidence it would be the only one actually located in a separate room.

Once, when I was a young boy, my grandmother Milke woke me up in the middle of the night, told me to dress in silence, handed me a couple of bleached white pillowcases, and said I should follow her. It was cold and dark outside, and you could almost feel “the darkness of Egypt.” We crossed the street, and approached the fence surrounding the bakery. My grandmother stealthily moved one of the pickets in the fence aside and we stole into the courtyard of the bakery, then inside where we entered a large room.

At a long table several of our Jewish neighbors stood, mixing and rolling out dough. “So how’s it going, yingele (little boy)?” I heard over my shoulder. It was Hinke the kindergarten teacher! “Go wash your hands and get to work, yingele,” my uncle Khone said. He measured out a precise amount of dough, tossed it on the surface of the table, and quickly rolled out the dough. “Come and take that tool there, and roll out some matzah, too.”

I did. I don’t know about anyone else in our town, but I doubt any of them looked forward as much as I did to the seder night that year. As my grandmother blessed the candles, I made the blessing over my very own “bread of affliction.”

This essay has been excerpted and translated from “Biography of the Sentimental Moon” by Michael Felsenbaum, published by the National Authority for Yiddish Culture and reprinted with the permission of the author

How we secretly baked matzah in the Soviet Union