As the corona crisis continues, our kids could use some Tchaikovsky 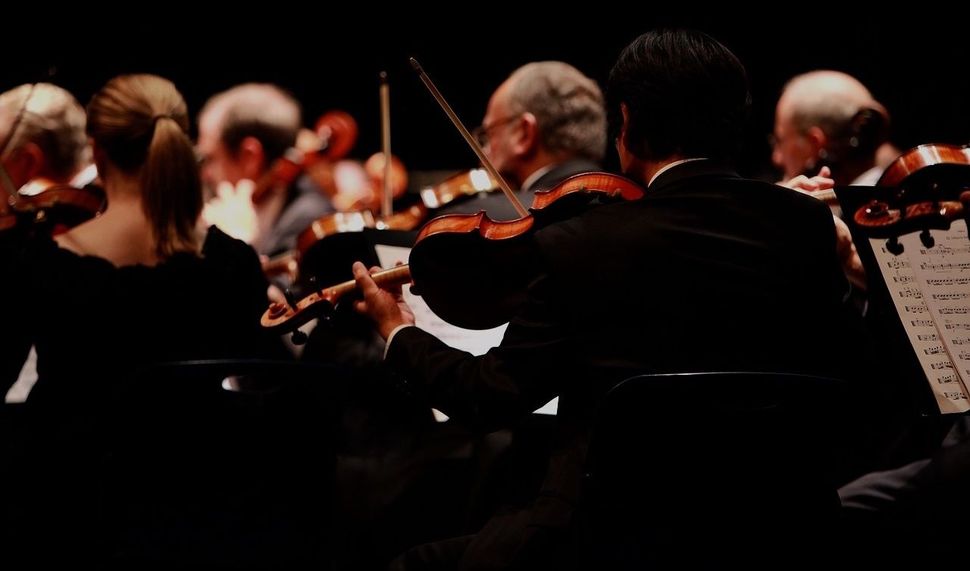 As I arrived in Washington Heights to pick up my 3-year old grandson for my weekly babysitting gig, I decided that this was going to be a different kind of ride. After buckling him in and settling myself behind the wheel, I told him that instead of letting him watch different YouTube versions of “The Wheels on the Bus” on my iPhone, we were going to play some music that I like.

He protested, as I expected. But as soon as I switched on the classical music station, WQXR — luckily, just in time for the beginning of Pyotr Ilyich Tchaikovsky’s ballet, “Sleeping Beauty” — he fell silent. I peeked in the rear view mirror. His head was cocked to one side, and for the first time in months, he was gazing out the window, watching the trees, stately houses and colorful storefronts passing by on our ride to my house in Yonkers, instead of fixating on the tiny screen in his hands.

In this time of anxiety and insecurity, our kids — and all of us — can find some joy, serenity and even exhilaration in brilliant works by classical composers. My grandson doesn’t understand how sophisticated the “Sleeping Beauty” score is, how the forces of good (the Lilac Fairy) and evil (Carabosse) are each represented by a musical leitmotif running through the piece. Yet he seemed as carried away by the music as a connoisseur at a Carnegie Hall concert.

For many Jews today, classical music continues to remain tainted by the anti-Semitism of certain composers like Richard Wagner and yes, even, albeit to a lesser degree, Tchaikovsky. One of my own favorite composers, Richard Strauss, whose symphonic poem “Thus Spake Zarathustra” is better known to movie buffs as the theme song for “2001: A Space Odyssey,” actually wrote several compositions for the Nazis; he dedicated his orchestral “Das Bachlein” (“The Little Brook”) to Hitler’s minister of propaganda, Joseph Goebbels, in order to curry favor with him. (It’s worth noting that Strauss used his Nazi connections to free his Jewish daughter-in-law whom he loved from arrest, and tried — unsuccessfully — to get her immediate family released from the Terezin concentration camp.)

Although I understand the cognitive dissonance Jews may feel when trying to enjoy the work of a genius with questionable ethics, I think we do our children and ourselves a disservice by deleting these masterpieces out of our cultural memory.

My father was a Holocaust survivor, but he never stopped my mother, an American Jewish pianist, from playing classical pieces on our Yamaha upright piano, no matter the beliefs held by their composer. At least once a week my mother would turn the dining room record player on and play Igor Stravinksy’s “Rite of Spring”, Aram Khachaturian’s “Piano Concerto in D-flat major” or one of dozens of other symphonic pieces as my three siblings and I focused on the Monopoly game on the dining room table or washed the dishes in the adjacent kitchen. She often gave a running commentary. “Do you hear the oboe?” “Here comes the crescendo!”

Want more articles from the Yiddish Forward in English? Sign up for the Forverts’s Yiddish in English newsletter here.

Usually by the end, she was so moved by the music that tears rolled down her cheeks. As teenagers, we would tease her whenever she cried (“There she goes again!”), but I confess that now, as an adult, listening to Khachaturian’s “Piano Concerto” or Beethoven’s “Seventh Symphony” makes me cry, too.

And yet, although classical music was a staple in our house, I never told anyone. Instead, whenever I had friends over, we’d go up to my room and listen to Cat Stevens, Don McLean or Joni Mitchell. But after I moved out on my own and faced the anxieties of a new job or the lonely despair of a romantic break-up, it was Debussy and Ravel that soothed my soul. I vowed then that someday, when I raised my own family, I’d imbue my own home with symphonic classics, just as my mother had done. But then reality set in. Raising three sons who were only four years apart, I did occasionally play them cassettes of Beethoven’s and Stravinsky’s symphonies, and had them take piano or guitar lessons, but they seemed much more interested in watching movies on the VCR or playing video games than in listening to “Mommy’s tapes”.

Yet today, my 36-year-old loves to take his wife to the Metropolitan Opera. And my 32-year-old enjoys playing Beethoven’s “Moonlight Sonata” on the Yamaha piano we inherited from my mother.

So now when I pick up my grandson, we have a deal. Driving him to my house in the morning, I have him listen to WQXR, and on the way home at the end of the day, he gets to listen to “The Wheels On the Bus”.

Let’s see which one stays with him longer.

As the corona crisis continues, our kids could use some Tchaikovsky