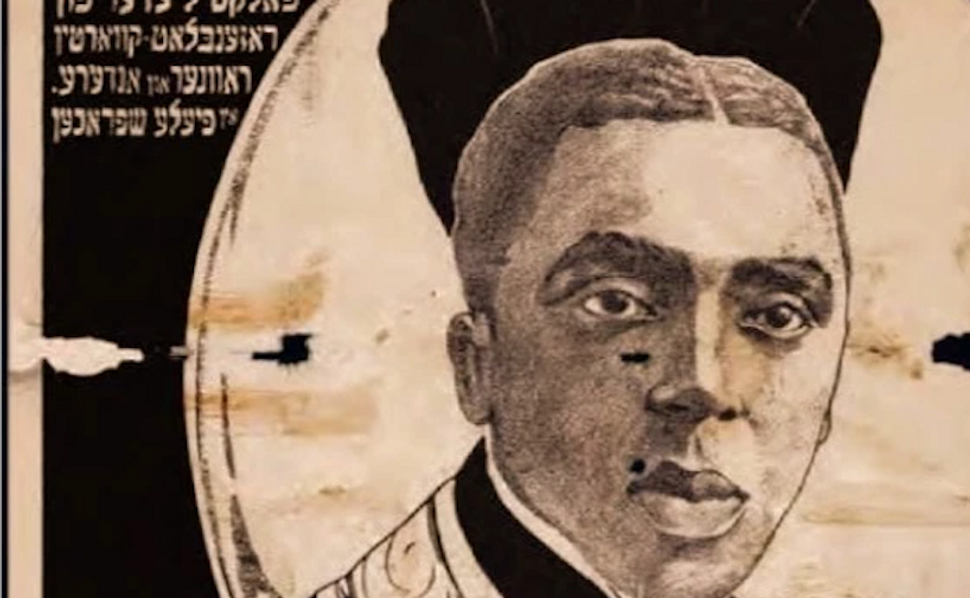 Image by Courtesy of Henry Sapoznik

Musician and music archivist Hank Sapoznik has announced that he has raised enough money from private donations to put up a gravestone for the remarkable African-American cantor, Thomas LaRue Jones.   The in-person unveiling ceremony will take place on Sunday, August 29th, at 11:00 am, 67 years after Jones’ death, at the Rosehill Cemetery in Linden, New Jersey.   Sapoznik has been researching the history of early 20th century African-American cantors for years, of whom Jones was the most prominent. His work has shed renewed light upon the cultural symbiosis between Jews and African-Americans. 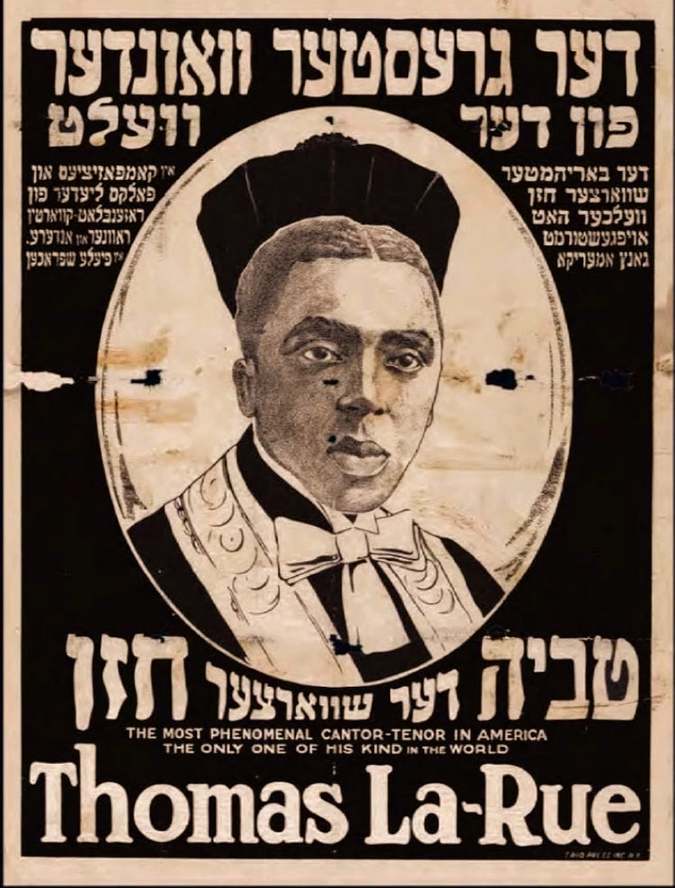 A poster promoting an upcoming tour of The Black Cantor, Thomas La-Rue Image by Courtesy of Henry Sapoznik

Despite Sapoznik’s efforts, many details of Jones’ life remain unclear. He was raised in Newark, New Jersey, which had a large Jewish community then. Although there is no evidence that his mother was born Jewish or ever converted to Judaism, she was friendly with her Jewish neighbors and sent him to a Talmud Torah to study Judaism. As a result, he learned Yiddish and Hebrew and how to chant prayers from Jewish liturgy.

Like today, an African-American cantor was an unusual sight back then, although Jones was not the only one. He also appeared frequently as a guest star in Yiddish theater, especially in vaudeville shows. He was known in Yiddish as “Tevye, der Shvartser Khazn”, or “Tevye, the Black Cantor”, in the days before the word took on racist overtones. (Shvarts is the Yiddish word for the color black.)

A recording of him singing, from 1923, features his rendition of the song, “Yidele, farlir nit dayn hofenung” [My dear Jew, Don’t Give Up Hope Yet], as well as the prayer, Mizratzeh Berachamim in Ashkenazi Hebrew, accompanied by an orchestra.   After a long search, Sapoznik was able to locate where Jones is buried and found that he had no gravestone. Sapoznik launched a crowdfunding campaign to erect a gravestone and raised $5,000 from more than 60 donors. The gravestone will feature Jones’ name in English, alongside his moniker, “Der Shvartser Khazn” and a line of music from the song “Yidele, farlir nit dayn hofenung”.   More information about Jones’ life and work can be found on Sapoznik’s blog.