The End of Her: Racing Against Alzheimer’s to Solve a Murder

The history of Jewish emigration from Eastern Europe often serves as a strong basis for creating American Jewish identity: Jews escaped persecution and pogroms in Russia and found a secure place of refuge in the “golden land.” This story line fits in well with the general concept of American exceptionalism, a “new Canaan” that was built up by refugees from the old world.

But as is often the case, the issue is more complex than that. Historians agree that the main reason Jews emigrated from Eastern Europe before World War I was to flee not persecution but poverty, since the pogroms in Eastern Europe at that time had affected a relatively small number of Jews. Life in America was by no means as easy as had been imagined in the old world. The first generation of immigrants had a particularly difficult time. It wasn’t until the second and third generations, the children and grandchildren of the “greenhorns,” that Jewish families were able to make good on the American Dream.

In his new book “The End of Her,” American journalist and novelist Wayne Hoffman attempts to discover the secrets surrounding the murder of his great-grandmother Sarah Feinstein, shot to death in Winnipeg in 1913. At the time, this crime shocked the entire Jewish community, yet the murderer was never found. 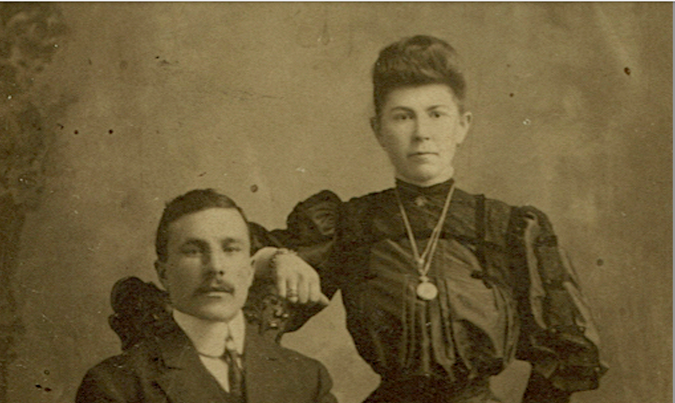 Wayne Hoffman’s great-grandparents, Sarah and David, at their wedding in 1906 Courtesy of Wayne Hoffman

Now, over a century later, Sarah’s American great-grandson is determined to solve the mystery. His research actually uncovered a number of important facts in his family history, as well as in the history of the Jews in Canada and the United States in general.

But the book isn’t just about Hoffman’s great-grandmother’s murder. Parallel to that is another story line: his own mother’s psychological decline due to Alzheimer’s disease. As the book progresses, the reader learns about Hoffman’s extended family as well as a number of fascinating facts about the history of the Jews in Canada’s western provinces.

Jews began to settle in Western Canada at the turn of the twentieth century, at the same time as non-Jewish Ukrainians and Poles did, and relations were not always smooth. Because of this it made sense for the first suspect in Sarah’s murder to be a young Ukrainian, but it soon turned out that on that night he wasn’t near the crime scene, and the police let him go. 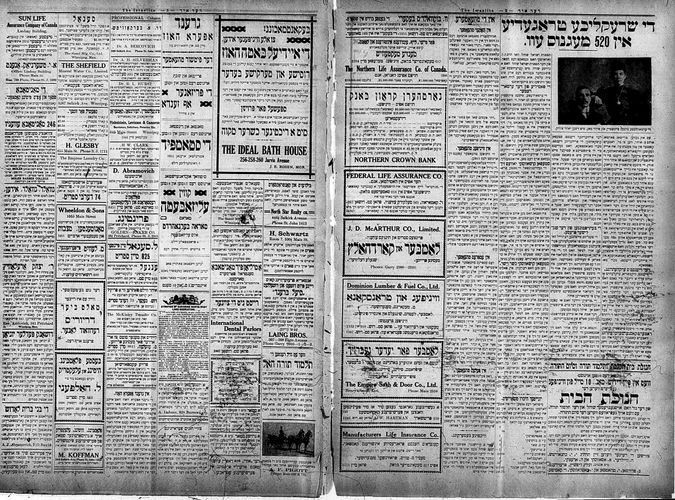 An article about Sarah Feinstein’s murder in the Yiddish newspaper “Der kanader yid” (“The Canadian Jew”). The headline reads: “The horrible tragedy at 520 Magnus Avenue”. Courtesy of Wayne Hoffman

On the basis of his research, Hoffman has constructed his own theory about what happened that night in Sarah’s home, by immersing himself in his family history and reaching out to a number of relatives in cities throughout North America. His mother, though, was no longer able to follow his speculations regarding her grandmother’s murder. When Wayne visited her, she wasn’t even able to recognize him. Yet she was able to recognize Sarah’s husband, her grandfather David, in the photograph that Wayne showed her. As Hoffman writes: “Alzheimer’s had pushed us inexorably apart for years, and yet we had come together for one more moment.”

It’s never easy to write a family history since it requires integrating lots of factual details into a coherent narrative. From these details a larger picture emerges in stages, revealing societal patterns in the history of the American Jewish community in the twentieth century.

As Hoffman’s novel makes clear, the first generation had to struggle with many difficulties and risks in an unfamiliar and at times hostile environment. Western Canada may be geographically far from Russia, but for Jews of that era, there were striking similarities between these two regions: living uneasily among Ukrainians and Poles; building their own “shtetl”; engaging in the traditional Jewish profession of commerce, and even experiencing a similar climate.

True, they didn’t suffer from pogroms and discrimination in Winnipeg, but their existence was economically and socially precarious. Now, looking back from their secure middle-class position, American Jews like Hoffman can view the experiences of those first-generation immigrants in their family with pride and empathy.