The stormy, yet rich history of the Jews in Ukraine 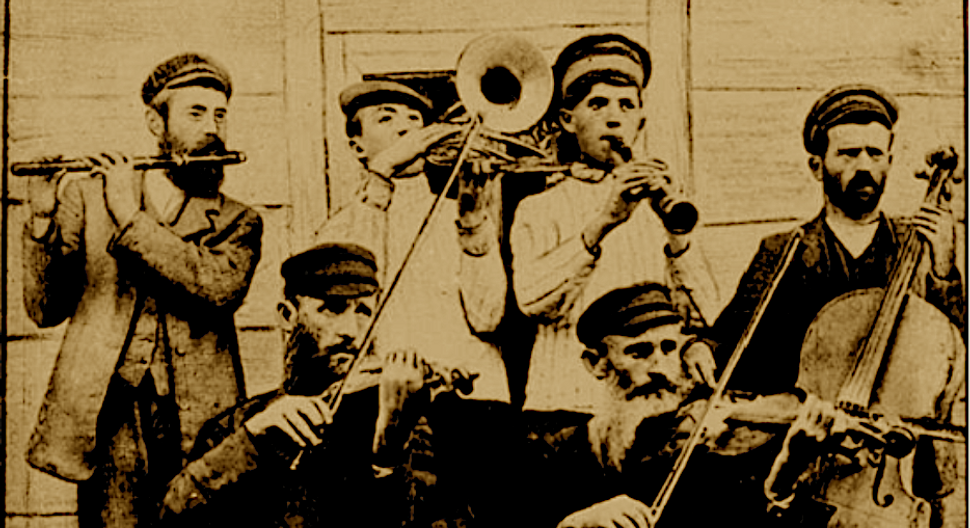 Ukraine is in the news. Daily reports pour in about the buildup of Russian troops – as many as 130,000, to the north, east and south of the country. Diplomatic activity is also escalating but without a clear path to resolving the situation. NATO is on alert. Ukrainian civilians are beginning to train militia-style to resist a possible invasion. Worst of all are the projections of massive casualties, especially if the capital city of Kyiv is attacked. It is a “night of watching” (Exodus 12:42) for Ukraine.

In the middle of this storm is Ukraine’s Jewish community and remarkably, although only 100,000 Ukrainians are Jews at this moment, the President of the country, Volodymr Zelensky, is Jewish and embraces his identity. Few countries, including the United States, can make that claim. Eight decades ago, members of the Zelensky family were murdered during the Holocaust and others fought in the Red Army.

Another surprising fact about the Ukrainian Jewish heritage is that the novel on which the musical “Fiddler on the Roof” is based, “Tevye the Dairyman”, is most likely modeled on shtetlach in Ukraine where Tevye’s creator, Sholem Aleichem (1859-1916), grew up. At the end of the 19th century, Ukraine was in the Pale of Settlement, a vast area established by the Czars to quarantine Jews along the western border of the vast Russian Empire. The Pale included not only Ukraine but also Poland and other large centers of Jewish population. Indeed, the territory of the Pale was the site of the largest Jewish population in the world until the Shoah.

Today, it’s hard to know exactly how many Jews live in Ukraine, but it’s believed to be about 100,000, down considerably from 400,000 before the massive waves of Jewish emigration at the end of the 20th century. At its high point, Ukraine had more than a million Jews whose native language was nearly 100% Yiddish.

Currently, Ukraine has the fourth largest Jewish community in Europe following France, Great Britain and Russia but ahead or equal to Germany. Included in that Ukrainian Jewish population are Bratslaver Hasidim who have returned to Uman, south of Kyiv, to be near the grave of their late Rebbe, Reb Nachman (1772-1810) and have re-established a Yiddish-speaking community and kindergarten. Yes, you read that correctly. There is literally a new shtetl-like community in “the old country”, in addition to the massive annual Rosh Hashanah pilgrimage.

Historians speculate that Jews have lived in the Ukraine at least since the 9th century. By 1648, the Jewish population of Ukraine, then part of Poland, was massive and as many as 20,000 Jewish civilians (revised from earlier estimates of as high as 250,000) were killed during the Khmelnytsky Cossack Uprising, 1648-1655. One hundred years later, the Hasidic movement was founded among Ukrainian Jews in villages to the south and west of Kyiv and quickly spread across much of East Europe. In 1791, the Pale was established on the western edge of the Russian Empire to contain (geographically) the country’s vast Jewish population. Subsequently, both Czars and Soviets targeted Ukraine for Jewish settlement as part of their respective south Russia policies.

Aside from giving birth to the Hasidic movement, Ukraine also has a rich legacy of Yiddish culture. The classic writer Sholem Aleichem was born in the shtetl of Pereiaslav, south of Kyiv; the “father of the Yiddish theater”, Avrom Goldfaden (1840-1908), was born in Starokostyantyniv, western Ukraine, and the poet and songwriter Itzik Manger (1901-1969) was born in Czernowitz (Tshernovits), which was then part of the Austro-Hungarian Empire, but is now Ukraine.

Czernowitz was also the location of the first international Yiddish language conference, held in 1908. That conference was attended by the Yiddish writers Y. L. Peretz, Sholem Asch, Avrom Reisin and Hersh Dovid Nomberg.

Long caught in the crosshairs of history, Ukraine’s Jewish population suffered terribly during the pogroms of the late 19th century, leading to massive Jewish emigration, principally to the United States. They also sparked the development of the Zionist movement. Odessa became a leading port city for early Zionist pioneers on their way to Turkish Palestine, some of whom trained in Jewish agricultural schools in the region. They went on to help create some of the original kibbutzim. Indeed, a number of Zionist leaders including Ze’ev Jabotinsky, Golda Meir and Natan Sharansky were born in Ukraine.

Ukrainian Jews were caught in the crossfire of history during the Russian Revolution and the bloody wars, which followed until the founding of the Soviet Union in 1922, five years after the Bolsheviks first sought to overthrow the Czar. Soviet Communists then worked to destroy all religious expressions of Judaism in the USSR and control the nature of secular Jewish, mostly Yiddish, culture in their country. In the early 1930s, Stalin’s policies of collectivization and political suppression led to the complete failure of the Ukrainian agricultural sector and led to millions of deaths by starvation. During this period known as the Holodomor, Jews increasingly left their villages in Ukraine to look for food and work in the larger cities intensifying the region’s native anti-Semitism.

But the worst was yet to come. In 1941, the Nazis broke their non-aggression treaty with Russia and launched Operation Barbarossa, the largest military operation in history, to create “living space” for Germany in the east and seize the area’s rich natural resources. SS Einsatzgruppen followed the German army and slaughtered as many as one million Ukrainian Jews in mass shootings including the massacre at Babi Yar in September 1942. Knowledge of Babi Yar was suppressed by the Communists who ruled Ukraine until 1991 and the fall of the Soviet Union.

Since independence, Ukraine has witnessed both massive emigration and a revival of Judaism, although most of the country’s Jews, who are Russian speakers, are secular. Today there are large Jewish community centers in Ukraine and about 30 Chabad houses. The Reform movement in Judaism claims that as many as 14,000 Ukrainian Jews identify with it. Reports from Ukraine suggest that the country’s Jewish population plans to remain in place as the drama with Russia and a potential military invasion unfolds. Whatever happens, Ukrainian Jews again find themselves caught in the crosshairs of history. As Tevye the Milkman says in “Fiddler”, “may God be with them.”

Dr. Lance J. Sussman is senior rabbi of Reform Congregation Keneseth Israel, Elkins Park, PA and a historian of the American Jewish experience. He recently published a retelling of the megillah, “The Purim Story”, and is working on a history of the Jews and the American Revolution.

The stormy, yet rich history of the Jews in Ukraine