Heirloom: A blouse made of fabric hidden from the Nazis 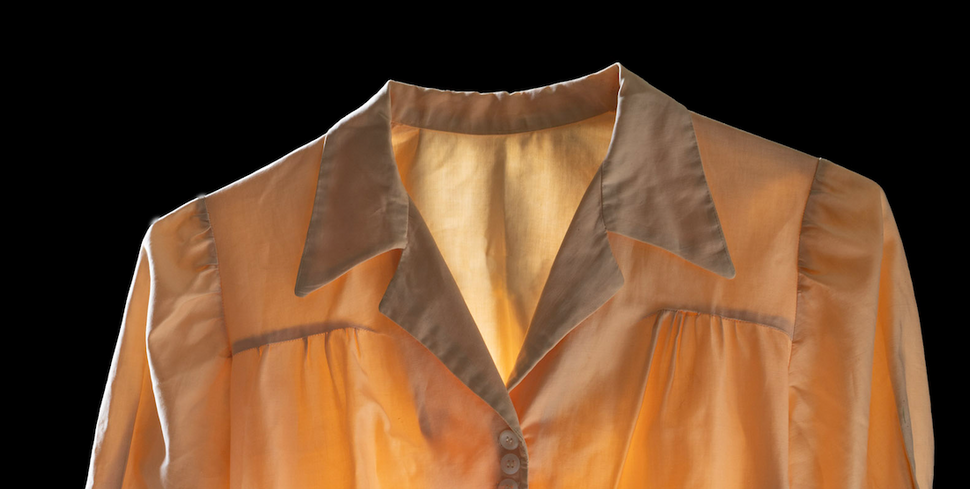 This story is part of the Forverts series, “Our Favorite Heirlooms.”

My favorite heirloom is a blouse that my mother made with fabric that she had hidden from the Nazis before being deported to the notorious Majdanek concentration camp on the outskirts of Lublin, Poland.

Before the war, my mother lived in Radom, Poland, a city of about 70,000 residents just south of Warsaw. To help support the family after her father died, she became a seamstress who specialized in women’s undergarments.

Nazi occupation first sent my mother from her home to the ghetto, and ultimately – Majdanek, one of the most barbarous of the Nazi extermination camps. Before leaving home, my mother hid away a few meters of charmeuse fabric of her trade behind a brick fireplace.

After being liberated from Majdanek, my mother found her way “home”. On risk of arrest or worse, she surreptitiously re-entered what had been the family home, now occupied by uncooperative Poles, and reclaimed the charmeuse fabric. 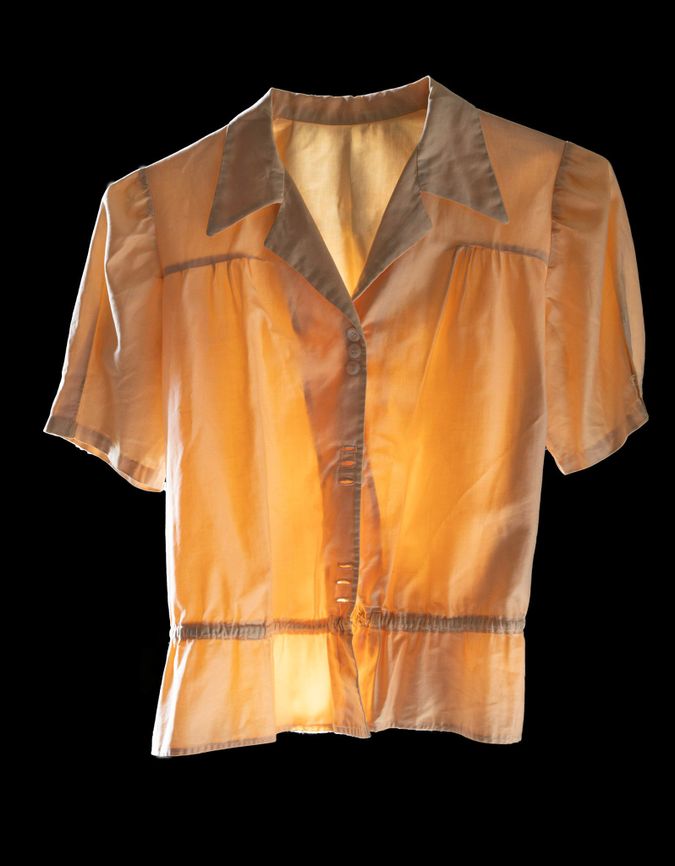 With the resilience, courage, and determination that allowed her to survive six years of Nazi terror, Polish collaboration and the worldwide indifference that had doomed six million Jewish men, women and children, she crafted the charmeuse remnant into a stylish blouse. She more than likely wore it as she left Poland, and as a displaced person in Stuttgart, awaiting a visa to the U.S or Israel. Perhaps she wore it as she entered the Boston harbor in 1949 aboard the SS Marine Flasher. I don’t recall her wearing it in Milwaukee during my childhood, but it was always a fixture in her closet, and since her passing, in mine.

This past year, as my family sheltered in place due to the pandemic, we did an extensive fine art photographic project of the blouse, with its meticulously hand-stitched buttonholes and darts, elaborate lapels, machine-stitched seams and the waistband that would no longer define a 1940’s waistline. The luster and the drape of the charmeuse, once intended for undergarments, today pay homage to the heart, strength and hands of my mother and another generation, who, crafted from out of remnants, created new lives.

In the words of Elie Wiesel: “Liberation is a miracle that is renewed every day.”

Heirloom: A blouse made of fabric hidden from the Nazis